​PVW would be running as car 144.  Scrutineering started in the morning from 08:30 Brecon Cattle Market on September 17th 1966 and their start time was 12:14. There were numerous hairpins, a multitude of 'very rough whites', the obligatory fords to cross, 42 TCs & PCs and one selective (The Tregaron mountain road which provided some spectacular 'offs') over the 200 mile event. A relatively unknown Yorkshireman won, Bob Bean, in a Cortina GT ably navigated by Chris Nash. The event finished on the Sunday morning with  a prize giving just 45 minute after the last car arrived at the Swansea at 9am. 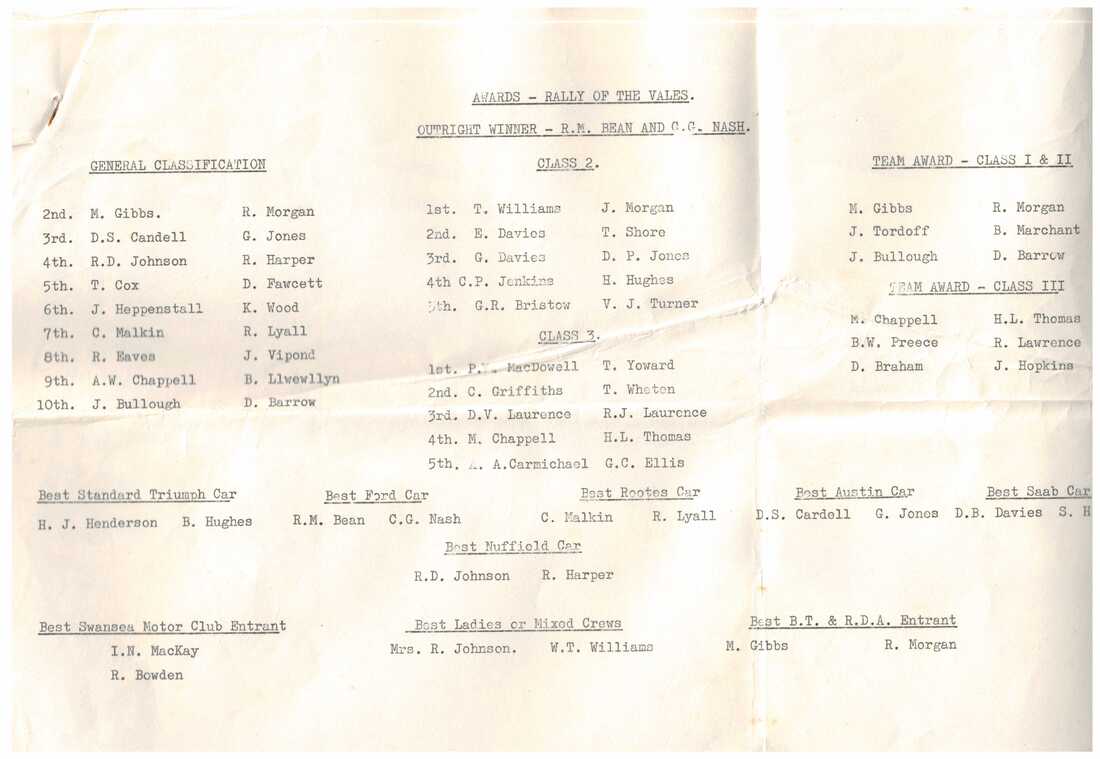