A Saturday night event, organised by the West Essec MC,  running on March 11th 1967. Ruth driving and Kevin navigating, ably assisted by Flt Lt Vic Cole in the back of PVW. There were about 100 cars competing on this popular event which was in the SE of England. Right from the start their were rough whites which caused attrition within the rally field before the start of the special stages at the former Alpheaton airbase!  Further road miles and a challenging ford crossing, followed by a special stage at Knettishall which was eventually scrubbed due to dodgy arrowing! They were very pleased with the team award and the overall result considering the size and quality of the field. 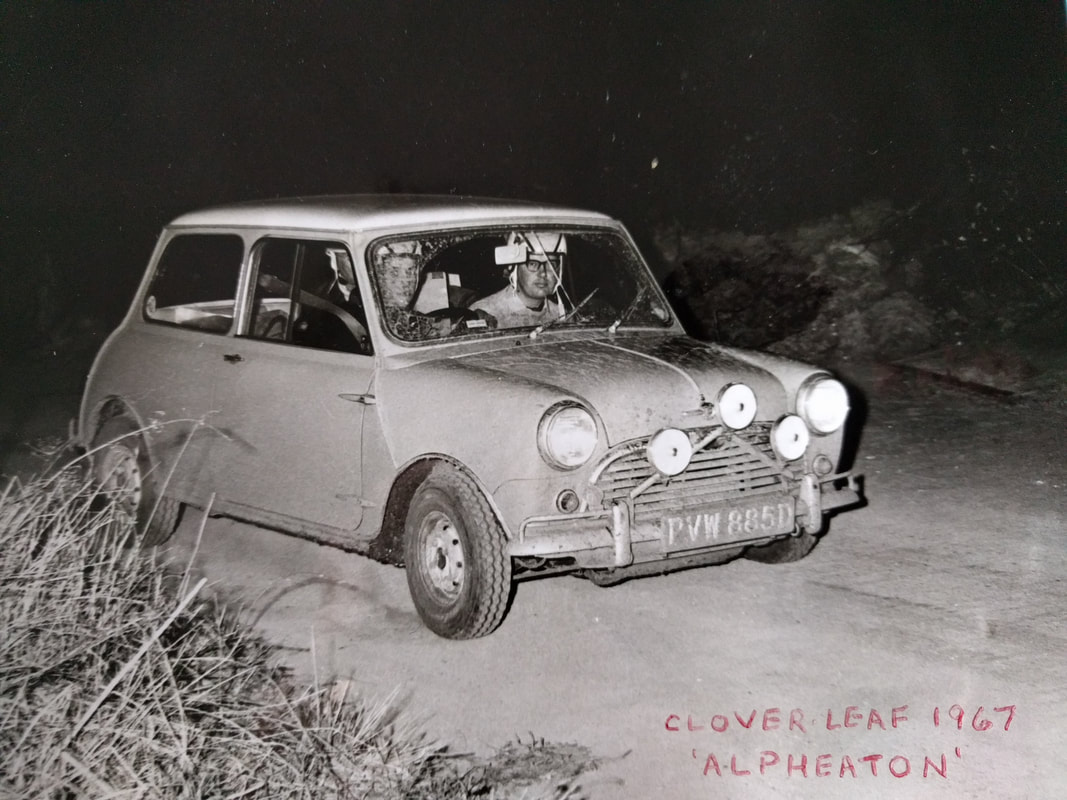