Le Jog - Car 64, navigator Richard Lumb
PVW was in a silver medal winning position all the way UNTIL north of Inverness, a half shaft went – DNF (Near yet do far!)

Le-Jog, 1700 competitive miles AND the long drive south from Yorkshire before the start. PVW was well behaved and the start at Lands End arrived uneventfully. What lay ahead were regularities, multiple tests and a lot of tight road rally sections which required accuracy, perseverance and PUSHING ON! To add to all this both car and crew needed large amounts of stamina, as there is little rest for either on this event. There would only be one formal night halt in the whole event.

In this event there would be 20 tests (some over 4 miles in length), 11 regularities (up to 76 miles in length) and four fast navigational sections (up to 70 miles in length).
​
A Saturday morning start from Lands End and a section through Cornwall and Devon with 2 regularities and 8 tests. A blast up the motorway and into Wales with a 2 hour beak for Richard to plot a regularity and two of the road rally navigations sections. Now late afternoon, they were off into the dark for a long night requiring very accurate navigation and rapid driving and some of this with the added challenge of poor visibility due to fog.

A welcome arrival in the early hours at Telford for a 6 hour break, a brief sleep and off again around 9am with regularities to plot while on the move and another round of tests. Now back in England and in daylight made for easier navigation for a tired crew in PVW. These took PVW up into the Lake District with the challenges of old RAC favourites, such as Kirkstone and Hardnott pass in the early evening and a very welcome overnight halt in Carlisle.

Monday morning and it was the start of another 24 hour leg to the finish with three more regularities to plot and then up into Scotland passing near Lockerbie and a cracking regularity using the forest tracks in Castle O’er Forest and more road rallying with the rain sheeting down with lots of surface water to make things very tricky in places. Crossing the river Forth about 40 miles west of Edinburgh for an excellent test at the Knockhill race circuit. Darkness fell mid-afternoon with more regularities and a test before passing Loch Ness on the eastern side doing the huge regularity known as ‘The Loch Ness Monster’.

It was north of Inverness that disaster would strike, PVW, while still in a silver medal position would shear a half shaft bringing them to an abrupt halt and ending the event – near yet so far!
​
An ignominious return on a low loader but an excellent dry, warm kip in the back of the truck was at least some recompense for the exhausted crew. 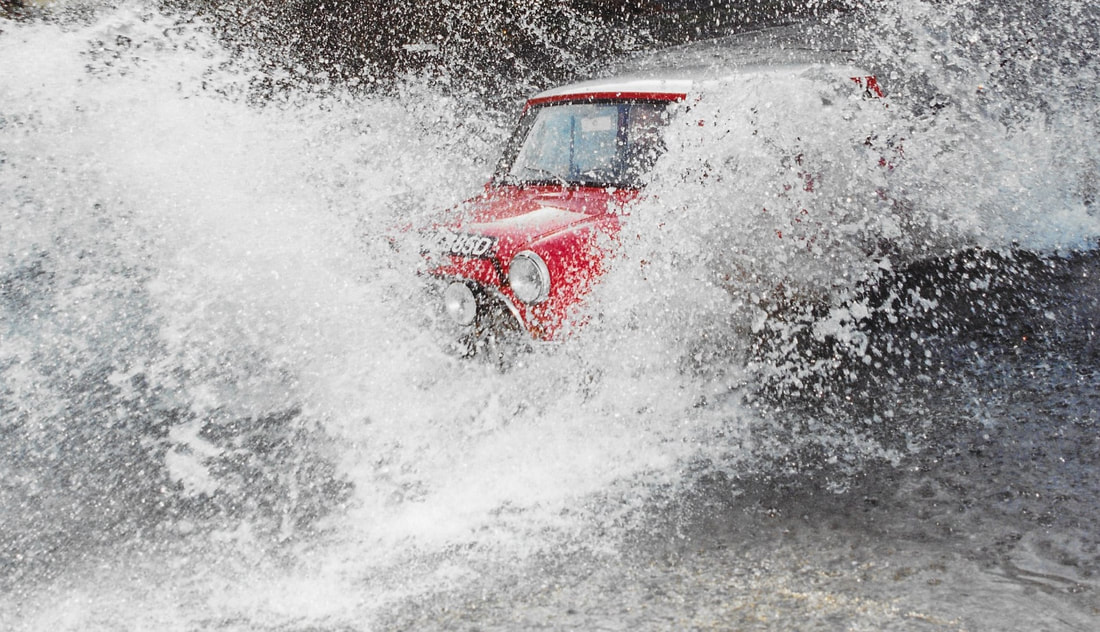