'The best laid plans of mice and men'. The Monte winter challenge, always a great, tiring, unpredictable event and our first Monte in PVW.  Sporting new floor pans, boot floor, a fresh coat of paint and for these 'regs' a switch away from the Weber to twin SUs. This 1700 mile event is a great challenge for car and crew alike, especially when icy. We had practiced putting on snow chains, even had a folding shovel, so we felt able to get out of of most situations! 220 cars would be leaving from various start points to meet up at Aix les Baines for the true start of the hard competitive sections.

Our usual rushed week before the event, the last minute dash from work to catch the Hull ferry and a short drive to Noordwijk in Holland for scrutineering and the start.  It was great to see James Ewing, at a traffic snarl up in northern France, directing French traffic in his 60s police uniform and Austin Westminster replica police car! Driving through the night on some icy roads, however,  proved more challenging than we had expected. Mild mannered dad, usually confident and capable on snow and ice (studded tyres not allowed for these events) was sweating and cursing as he fought the Limited Slip Differential. The LSD had not proven a problem on prior rallies but this was our first on snow and ice and the LSD was proving a BIG problem. Unexpectedly, as the LSD kicked in, the car would dart either to the left or right, with Pa clearly not quite in control! On the tight narrow roads this unpredictable behavior became a nightmare. So, on with the snow chains to rescue the moment. All our practicing had gone well BUT  now with the Mini fully laden and with the big fat Colway Mud & Snow tyres, the snow chains snagged the wings on cornering causing more rather than solving the driving challenges. So out with the tin snips and a pruning of the front wings, problems solved!

The chains were good for the deep snow but unusable for tarmac, so on and off they came. Some tarmac sections would be a mix of clear tarmac, then sheet ice or snow resulting in a number of 'offs'. One big off stuck us in a gully and was unrecoverable, a miserable wait for the sweep 4x4 to come and tow us out. Loads of time lost, hours, so a massive cut needed to get us back into the event with a huge number of penalties as a result. Now it was dark, about -10 C and the heater packed up. Ice was forming both on the inside and outside of the  car and I was using spray de-icer on the inside to try and keep some part of the screen clear.  After 1500 miles of competitive driving in these conditions, we were shattered and so pleased to arrive and finish the event at Monte Carlo.

My dad's rally mascot 'Wigglesworth', the rally boar was definitely an oily shade of black and celebrated the arrival in Monte Carlo with a cigar!

The finish and prize-giving was a super affair and we were entertained with some wonderful stories from Stirling Moss. Pleased to have finished and knowing we did not have to drive back, as we had booked the car train from Nice back to nothern France. A great sense of achievement in the face of real adversity - the only true victim was the LSD which was sold in the following weeks! 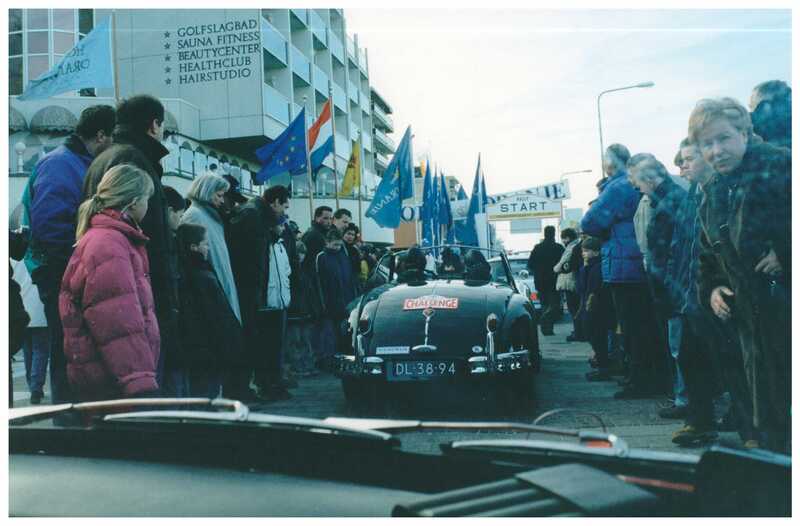 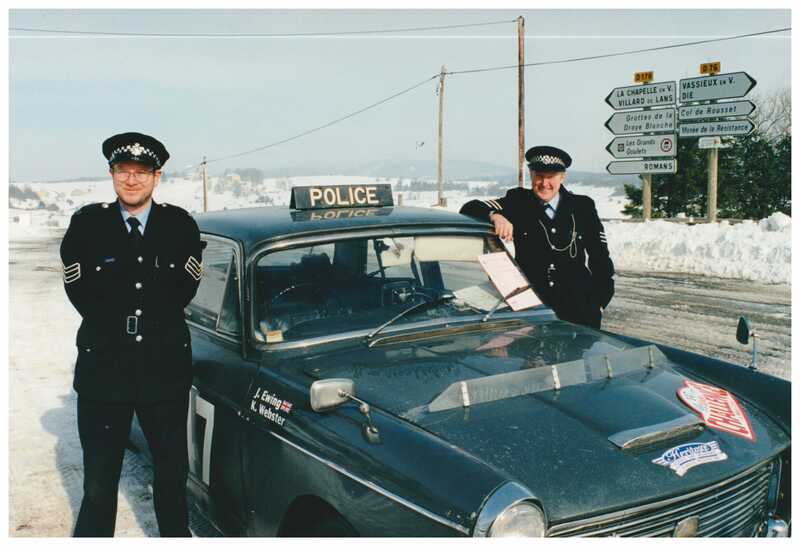 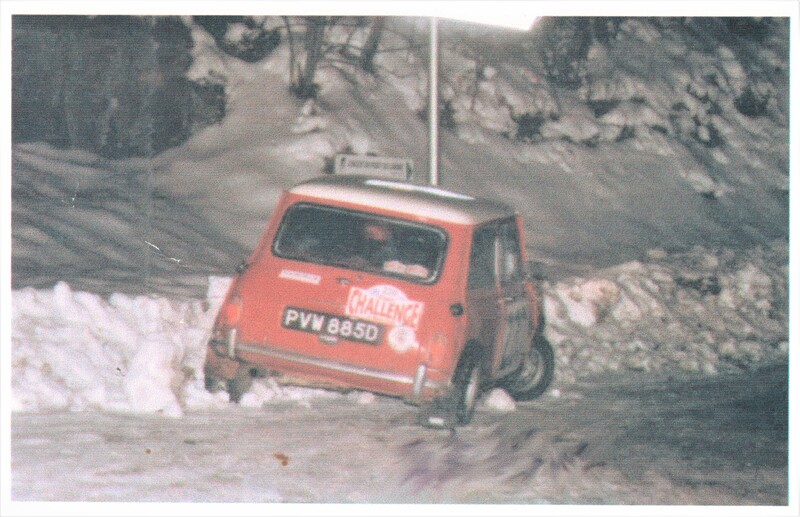 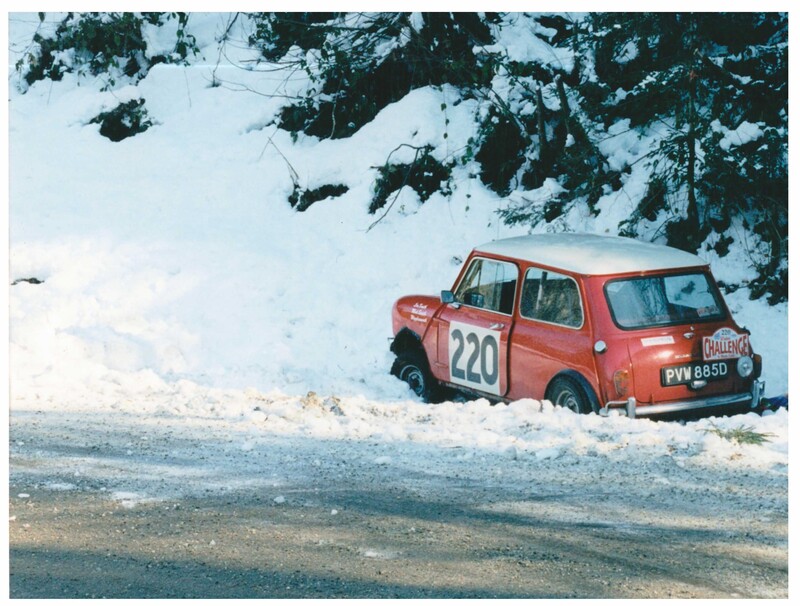 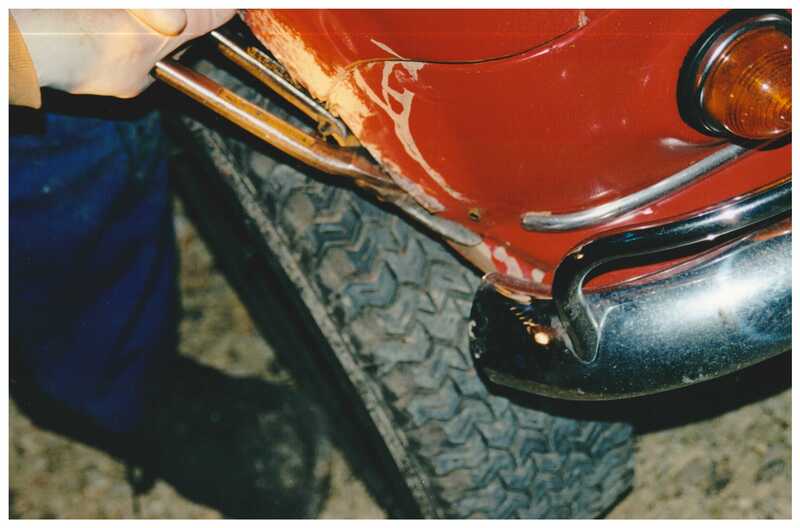 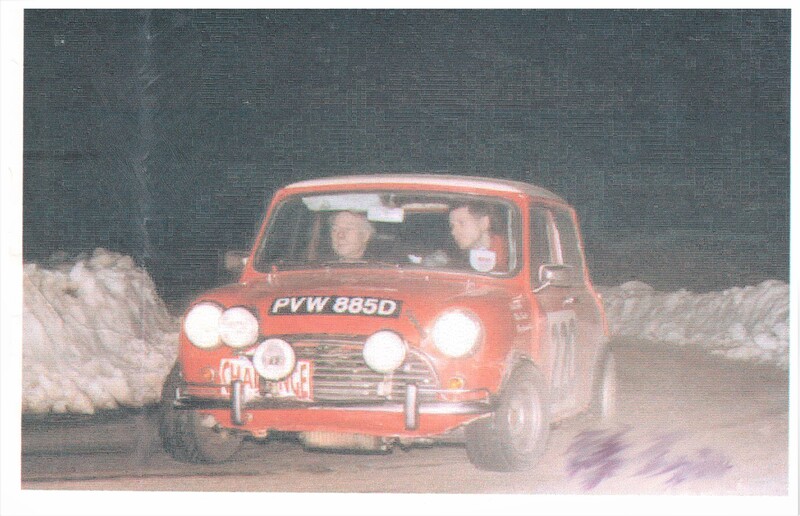 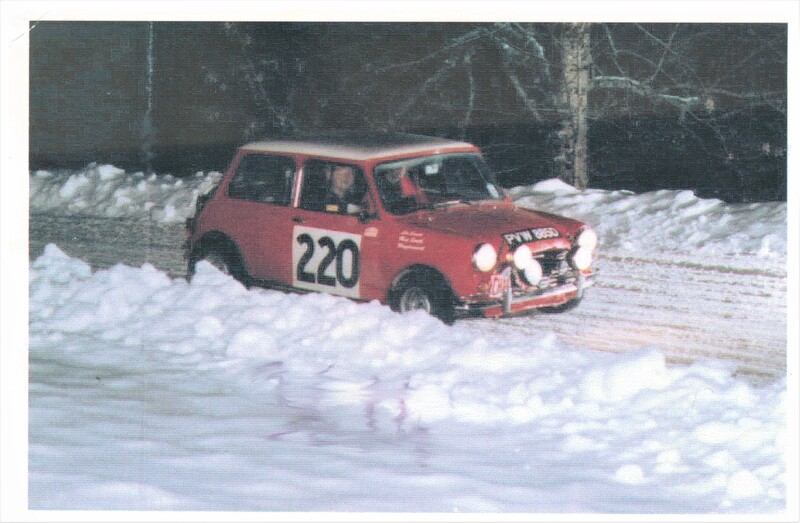 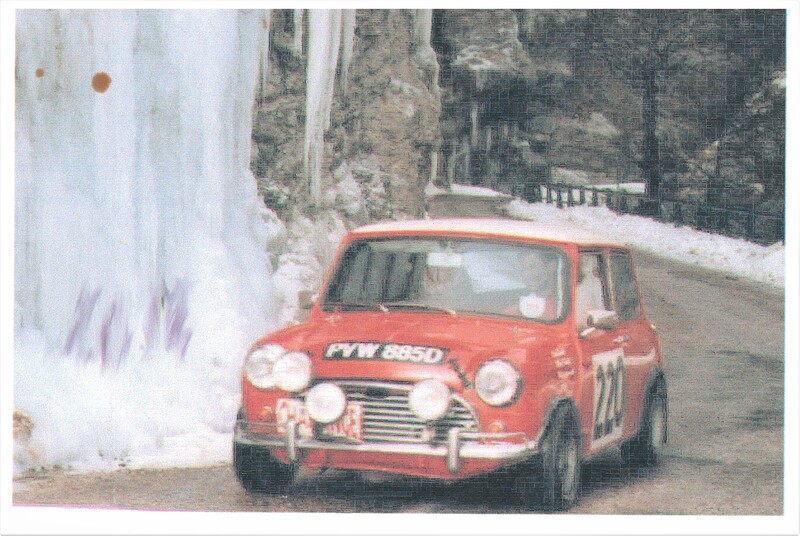 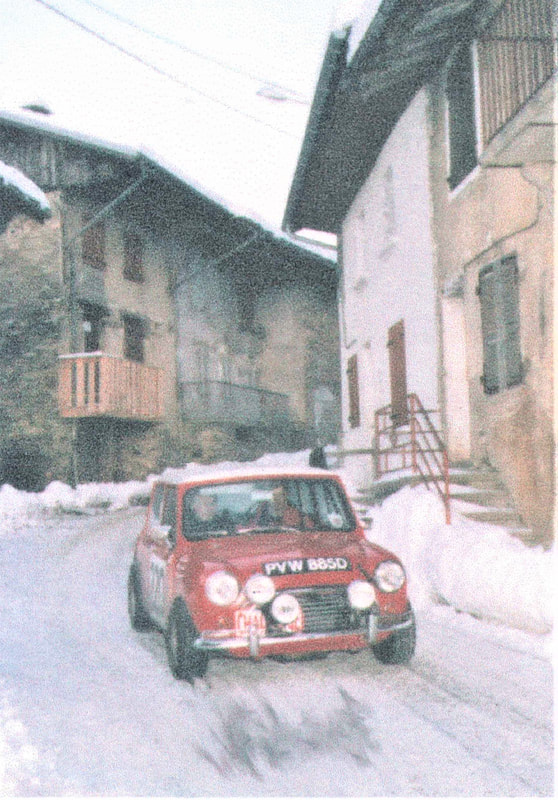 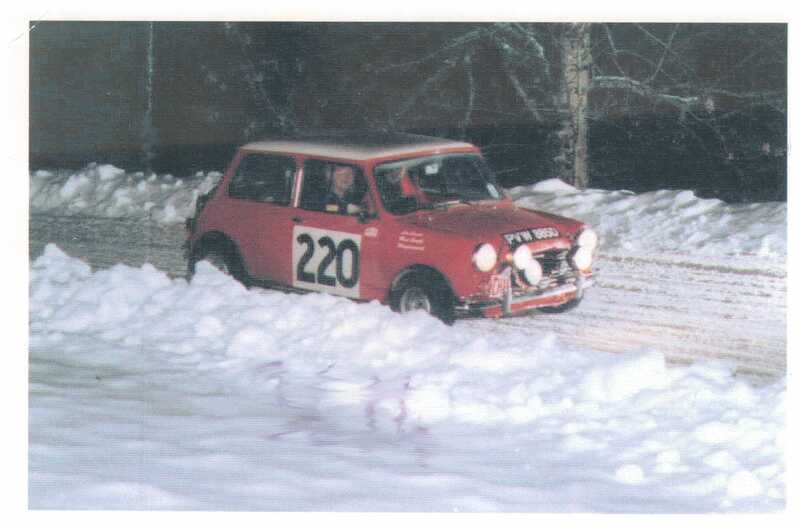 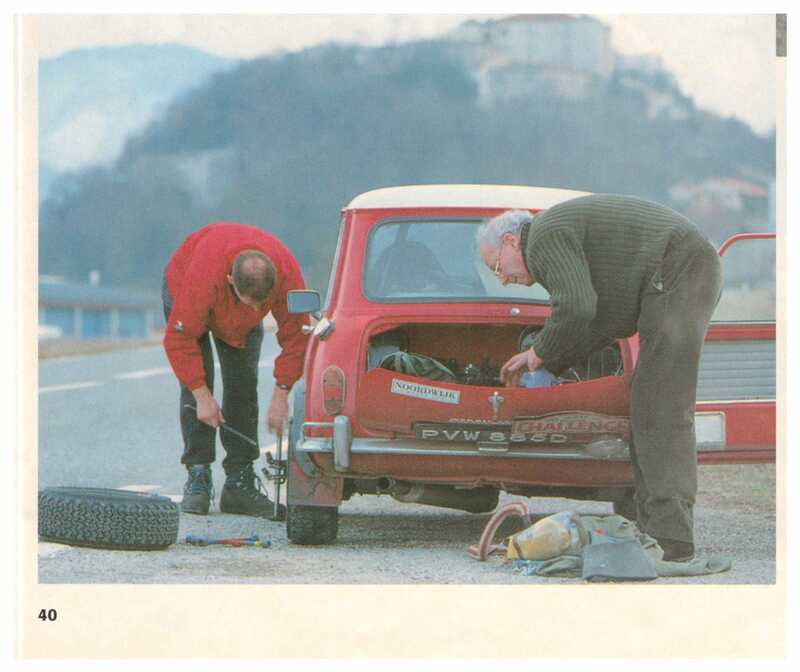 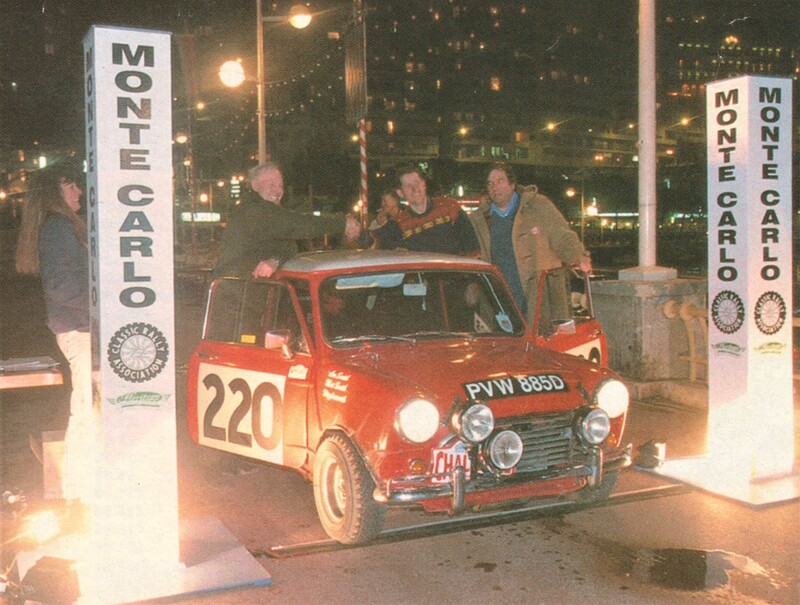 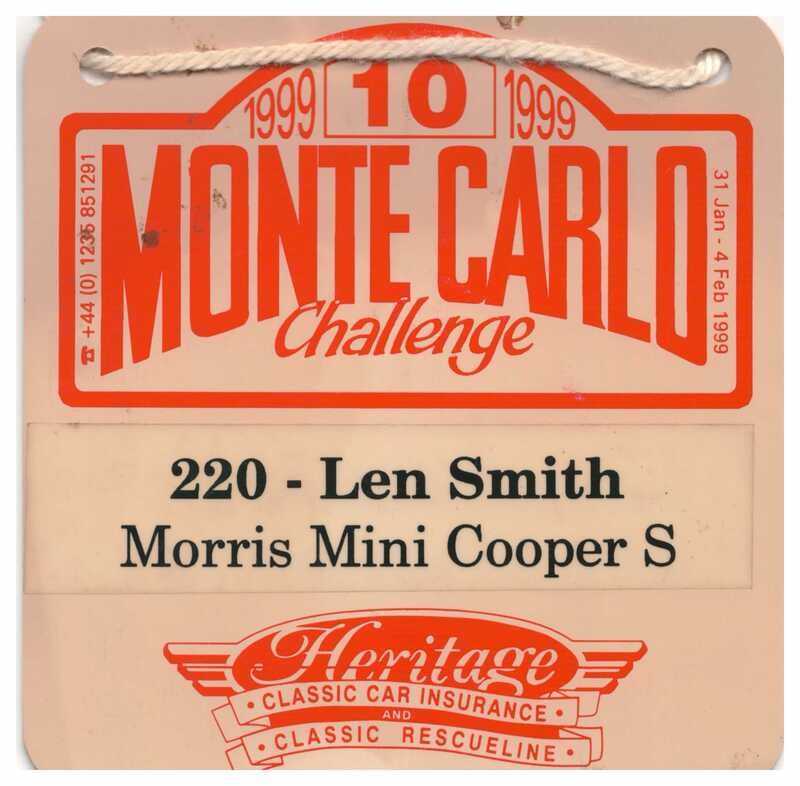 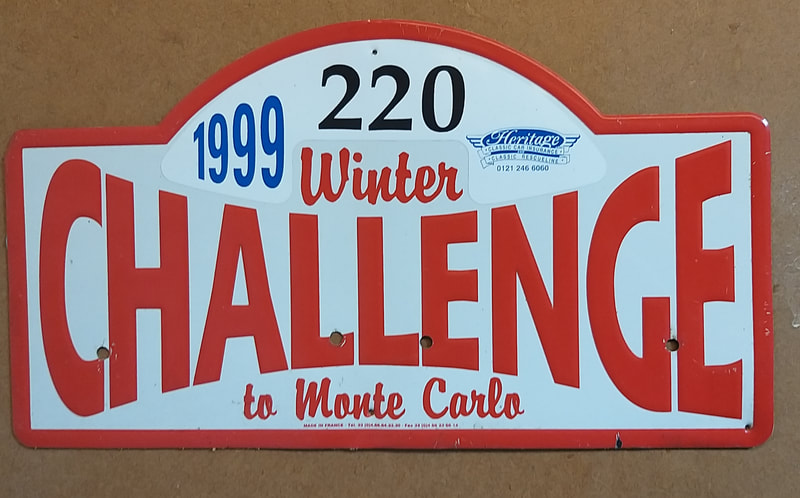 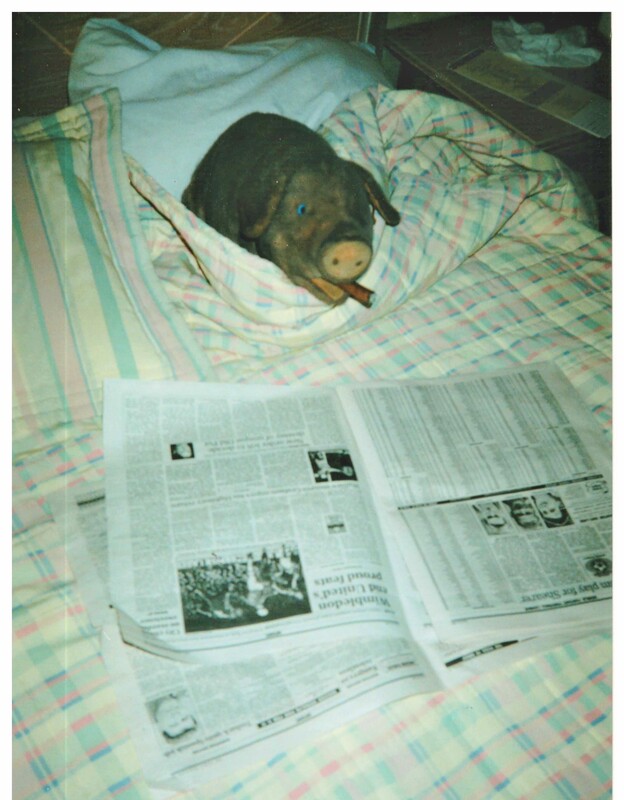