Richard Lumb and dad would take PVW and I would take my SAH tuned Triumph Herald, travelling via the Hull-Rotterdam ferry, to arrive on the Saturday with a short drive to Hilversum where my navigator lived. We had a lovely time spent with Ronald and his wife as we relaxed and prepared for the 5 day event. I had met Ronald when marshaling on the Around The World in 80 days Rally, he was a competitor, co-driving in an Aston Martin. I was lucky in that he had navigated on the Tulpen Rallye before and was familiar with the tricky navigation.

This was a large international event with over 190 entrants. The Herald was running as car 109 and PVW as 145. Scrutineering  was in Noordwijk on the Monday and PVW passed with flying colours but the Herald was failed due to having a retrotrip (The other scrutineer passed PVW which had exactly the same tripmeter!). So, a frantic drive to Hilversum, digging out an old Halda from Ronald’s supplies and some bodging to make it work, to be re-scrutineered before the start (we passed).

The event starting in Noordwijk (Holland) and would run through France, into the Alps, back through Belgium to Noordwijk, which was the usual start and finish for this event. There would be five ‘etappes’ (5 x 1 day stages) with the first rest halt east of Nancy at Maizieres les Vic, the second night in the Alps at Ventron, then back into northern France to stay at Bazeilles with a final frantic drive through Belgium to return to Noordwijk.
The driving was exhilarating, as the timing was ‘very tight’, especially the two days in the Alps but the navigating was very challenging. Much of the navigating was based on map fragments, some precise colour map fragments and others poor resolution black and white images. All was good UNLESS you wrong slotted and fell off a fragment resulting in a mad scramble through sheet maps to locate where on earth you were were in the big maps while time was lost at a rapid rate of knots. To make things more challenging the PCs were self-stamp, so you had to pile out of the car with your time card, using the stamp dangling on a string from the PC board self stamp your time card, so dropping time which you  then had to catch up with frenetic driving. Also the code boards were in some very difficult to spot places (doorways of churches, a lamp post, nailed to a tree) so you had to be ever vigilant, as the timing meant no slowing or going back, you had to spot them, shout the code board out and the navigator record them while flying along.

An exhilarating event which was wonderfully organised and had amazing camaraderie between the multinational crews. The Dutch were wonderful hosts.
PVW and the Herald were exemplary and did not miss a beat. So tired and weary we headed back home after a sumptuous gala dinner. Ronald and I would finish 69th and Dad & Richard 82nd. 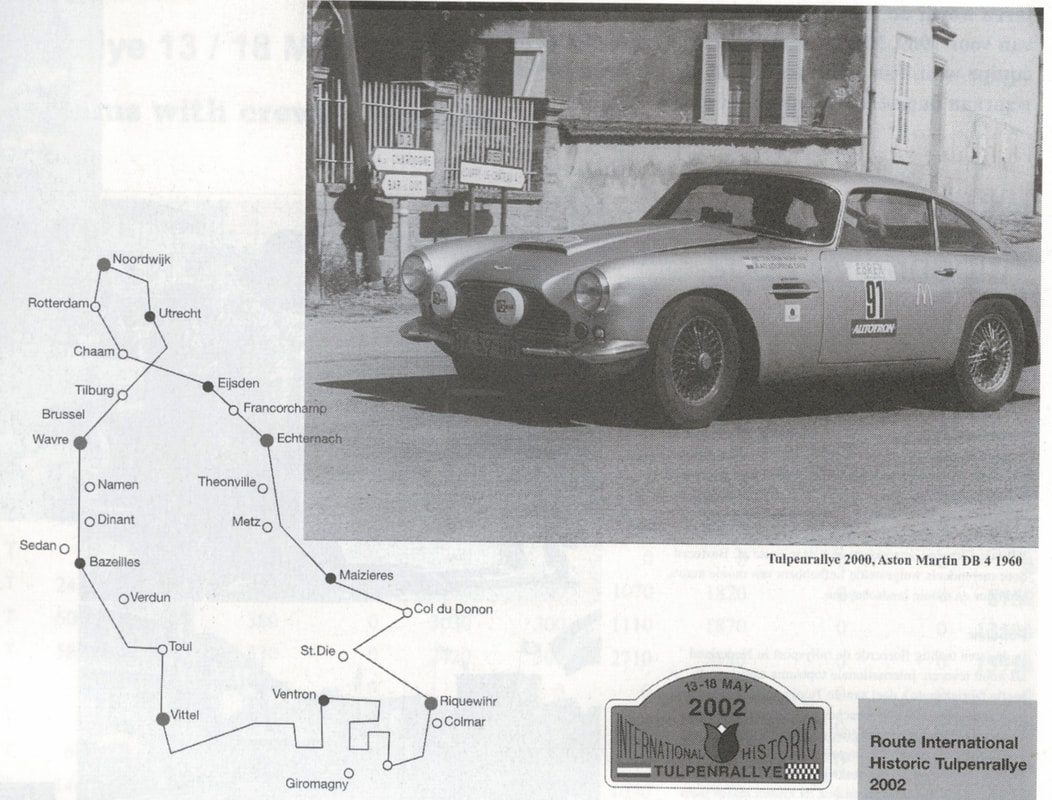 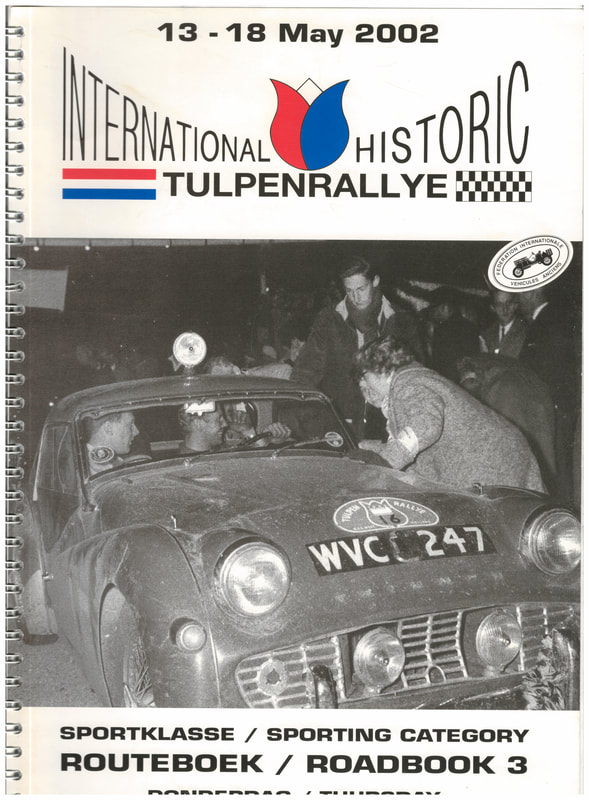 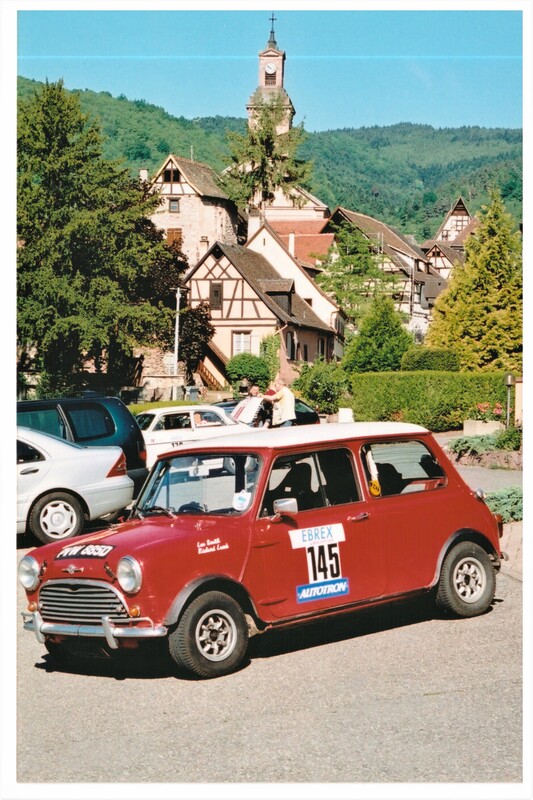 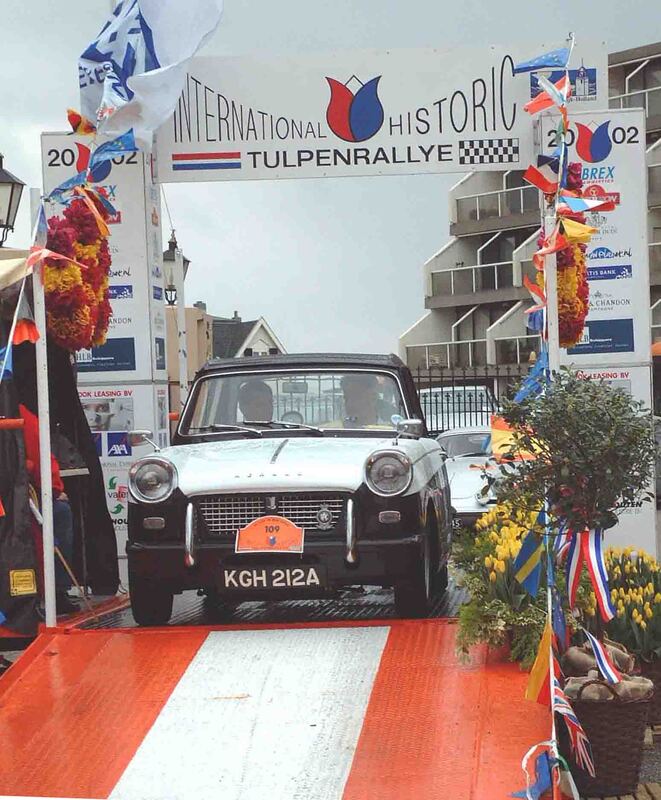 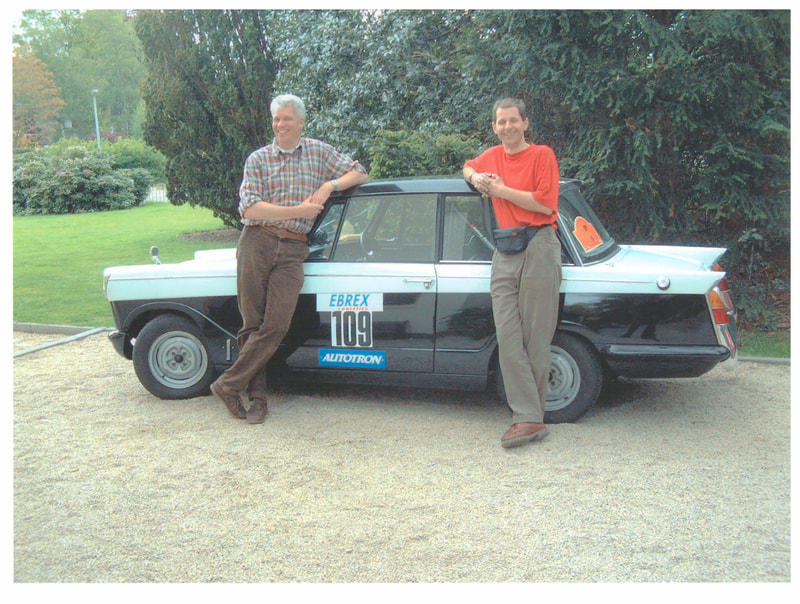 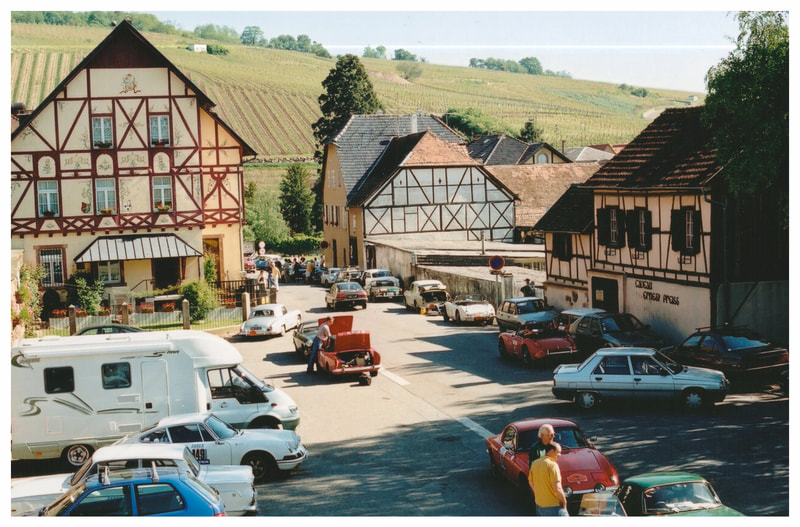 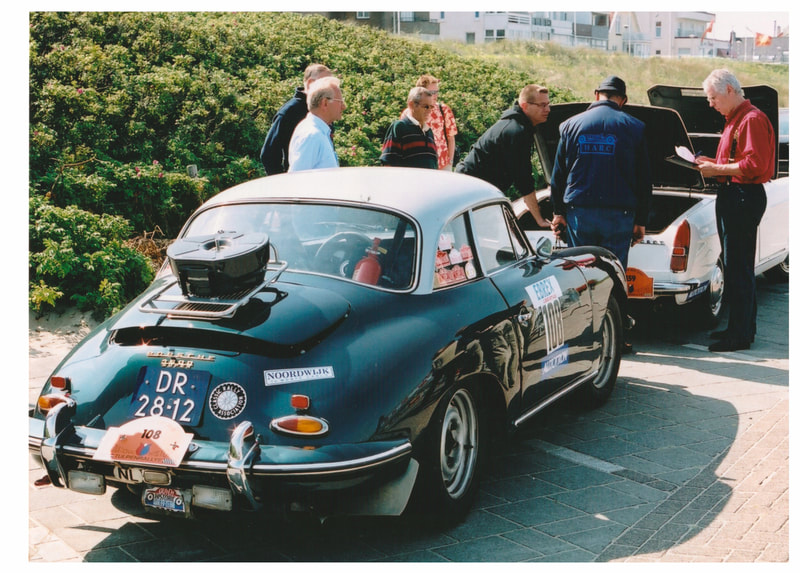