WNR 904S, a 1978 silver Mini 1000 bought in July 1994, was completely rebuilt to Group A rally spec for the Network Q RAC by Trevor at Coventry Automotive. The event was part of the World Rally Competition (WRC) and was based in Chester. Carlos Sainz was battling Didier Auriel for the World Rally title and this event would decide the outcome. It ran to the old format of covering large parts of the UK, 1484 miles in total, of which 324 would be competitive stage miles (29 stages in all) mostly in the forests of North England and Wales. The RAC Network Q was one of the most gruelling of the World Rally series and of 178 starters only 97 would finish.

Colin McRae would win, the first all British crew in 24 years, Juha Kankkunen second and Bruno Thiry third. There would be controversy as to 'who put the logs out’ which upset Carlos Sainz rhythm ultimately leading to an unrecoverable 'off', handing the WRC Championship to Didier Auriel. The up and coming young Tommi Makinen showed his skill in his formula 2 Nissan despite a roll on the last day.

Five Minis would compete in this event following the homologation of the Mini for the 1994 Monte Carlo rally. One, car 24, was a works entry driven by Russell Brookes and co-driven by Neil Wilson.

Rain fell in torrents in the weeks before the rally, but it took place under fairly clear skies. However, the downpours had left their legacy and most of the stages remained wet, often muddy, very slippery and punctuated by many watersplashes caused by standing water.
​
Day 1 started in Chester and finished in Harrogate. It was a Sunday and was made up of mainly spectator stages at; Carden Park, Chatsworth, Tatton Park, Donnington circuit 1&2, Clumber Park and Harewood Hill. Heavy downpours overnight and during the morning made the stage surfaces very wet and slippy resulting in 19 competitors going out of the event over the seven short stages (totalling just 28 of the 330 stage miles).  Didier Auriol and Richard Burns would sustain significant suspension damage but would make it to service, but Delecour would be excluded after an 'off' at Harewood. There was controversy as Sainz would rupture his radiator by entering a water splash at Chatsworth too fast. With the temperature rising he was advised to drive slowly to the next service. He arrived nose to tail in front of the service car and rumours abounded about an illegal push which would have Sainz excluded, but as no proof was offered, Sainz continued with his new radiator. SS1 at Carden Park provided a wet twisty tarmac course with some tight chicanes. SS2 at Tatton had a mixed surface of tarmac and gravel through a wooded section. SS3 at Chatsworth was tarmac with some tight bends and the infamous two water splashes. SS4 at Clumber Park again offered mixed surfaces from fast tarmac roads to loose gravel through woodland. SS5 and 6 were at the Donnington circuit which used both the circuit and gravel roads with competitors setting off at 30 second intervals. SS7 was the Harewood Hill Climb which was preceded by a tricky gravel section. Trevor and David enjoyed the first day and had no major 'offs' or mechanical problems and would finish the day lying 144th (3rd out of the five Minis).

Day 2 would damp their optimism and profoundly impact their Network Q adventure. It started in Harrogate and finished in Chester. It was the start of the forest stages using old favourites, such as Hamsterley, Pundershaw and Kershope.  Unlike day one the sun came out and there was little fog or rain although some ice on Hamsterley. The biggest stage of the day and the whole event was SS10 Pundershaw, an exhausting 28 miles of forest gravel roads with infamous deep ditches. It would be here that Trevor and David would have their event defining 'moment'.  On a fast, open muddy corner, the Mini would slide gracefully off the track and into one of the deep ditches for which Pundershaw is renown. No damage done but the Mini could not get out, stuck in the ditch with no spectators to help them out. A miserable unrecoverable 45 minutes was spent in the ditch and it looked like their event would be over on day two. Fortunately, the clearing car had a tow rope, the driver was from Trevor’s motor club and the FIA official 'looked the other way' instead of collecting their route cards and ending their event. So back on the stage and then the sole aim was to finish and not go Over The Time Limit (OTL) for the event. They ended up lying 132nd at the end of day 2. At the other end of the results table Colin would be leading the event, Sainz second and Richard Burns went out.

Day 3 from Chester was a trip into the Welsh forests again utilising some of the famous long rally stages; Dyfnant 1&2, Sweet Lamb, Trawscoed, Hafren and Cryhan.  SS18 Brechfa was cancelled, as a competitor went off and hit a spectator breaking their leg, necessitating air evacuation. Of all the day's stages, the final stage, SS22 (Dyfant 2), would be the trickiest, as although it was fast with open corners there were some very tight sections which caused competitors to have 'a moment' or an 'off'.  Another tiring day with three of the stages over 20 miles in length, but Trevor and David were still in the event and were running 110th by the end of day.

Day 4  109 cars would start from Chester with a trip back into the Welsh forest using shorter classic slippery gravel stages such as Pantperthog, Penmachno and Clocaenog with the finish back in Chester. This would be a day of controversy as to ‘who put the logs out' on SS23 (Panperthog), as Carlos Sainz, lying second overall, would encounter two large logs in his driving path which had not been there when McRae went through earlier and they mysteriously disappeared after Sainz finished the stage. Although this did not delay Sainz it did seem to upset his rhythm, ultimately leading to him slipping off into a deep ditch on the next stage SS24.  It would take over 30 minutes with the help of many competitors to get him back onto the stage, but this long delay would trigger his subsequent retirement at the next Time Control, handing the WRC Championship to Didier Auriel.

Colin McCrae would win that year and Trevor & David would be last (97th)! The unfortunate title ‘Last in the Q’, which would feature in many magazines, was due the unrecoverable 45 minutes spent in a ditch in Pundershaw (SS10).
​
All five Minis would finish – a remarkable achievement with the highest placed mini of Wills & Brown coming 69th and 4th in class. 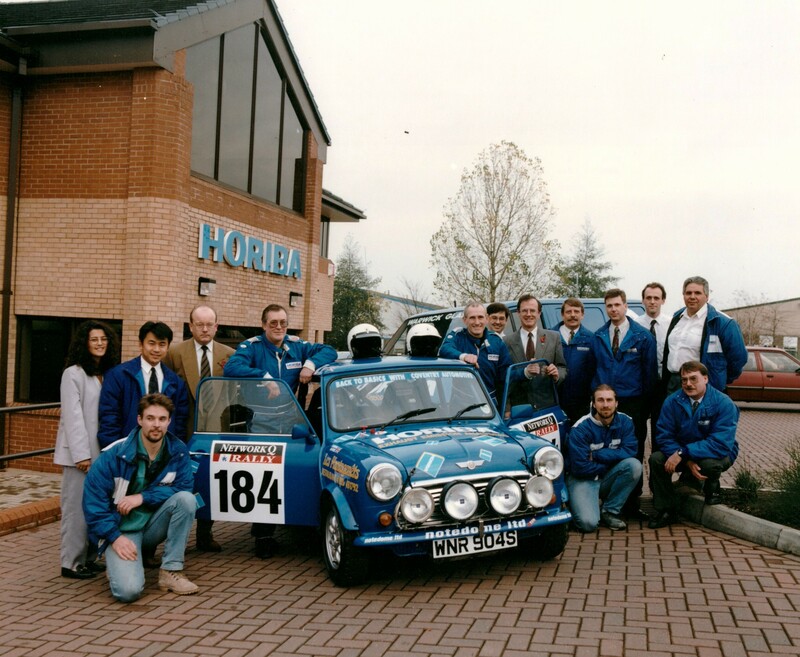 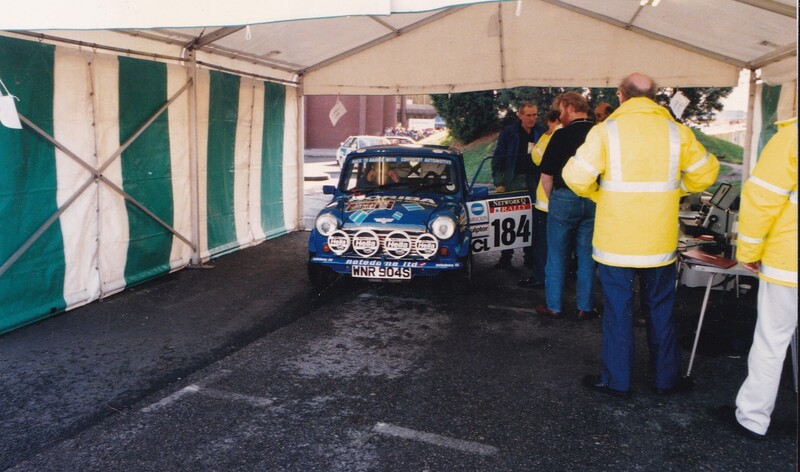 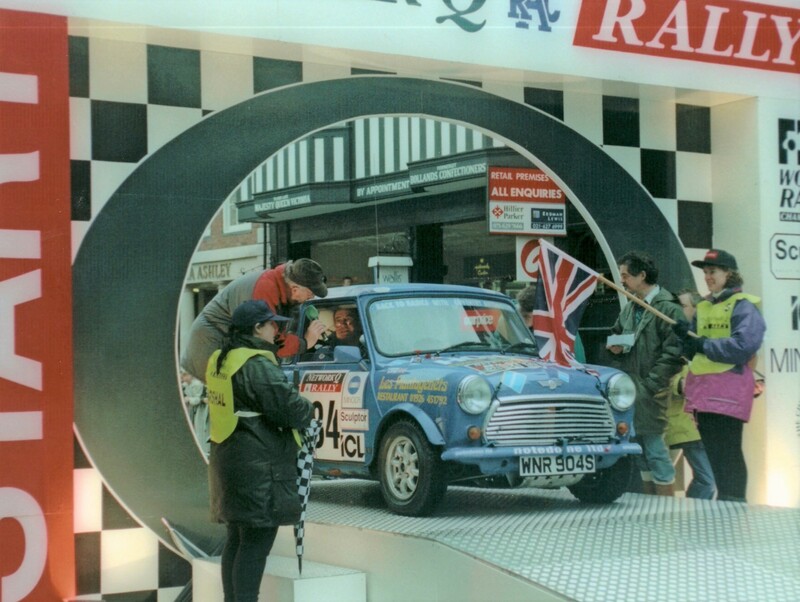 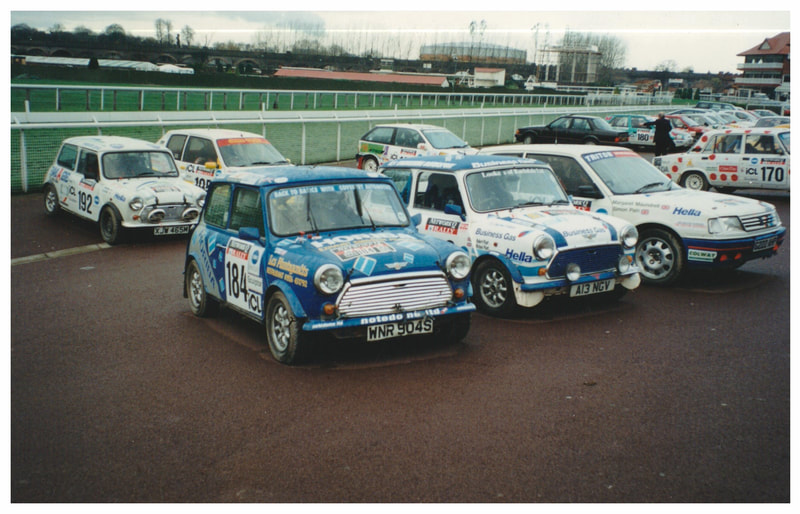 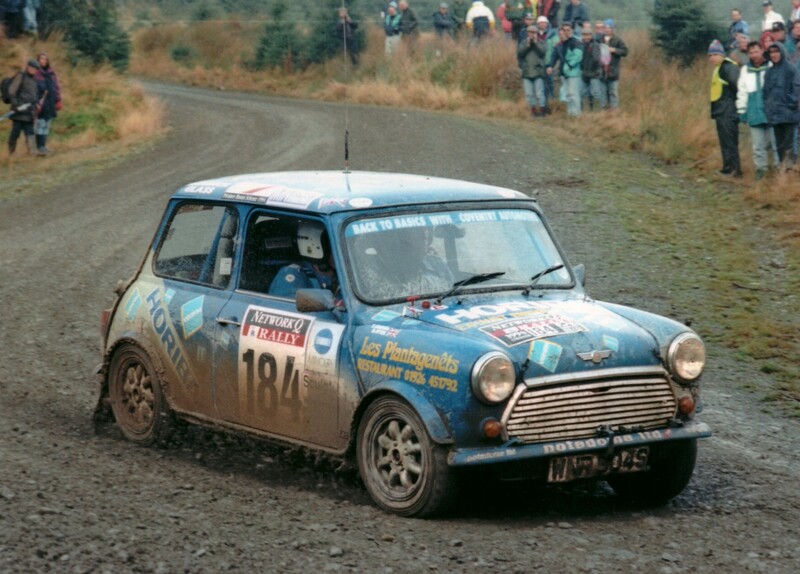 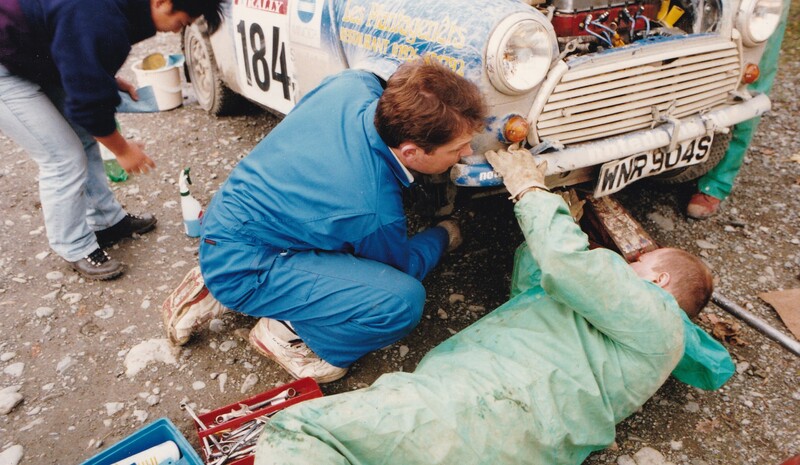 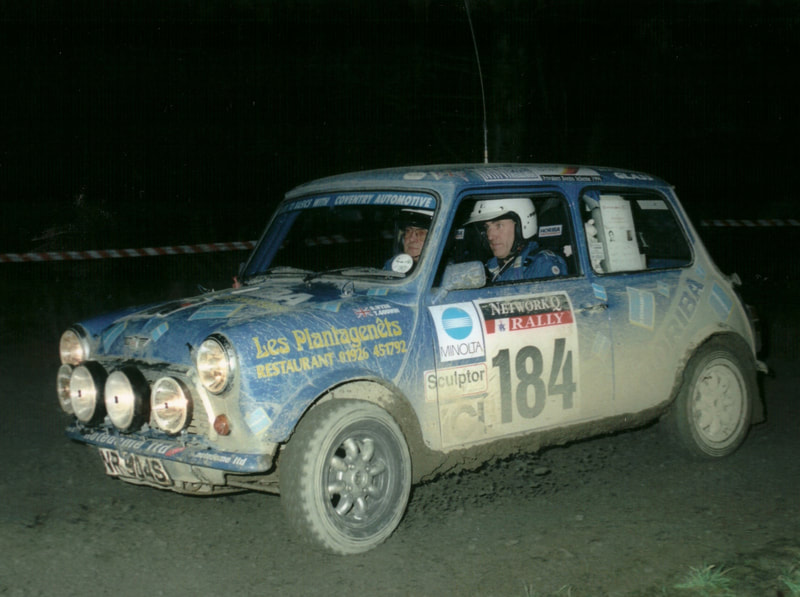 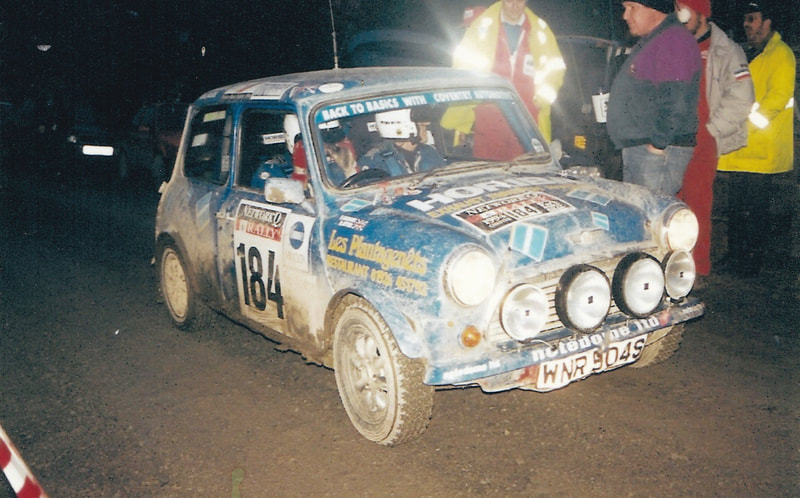 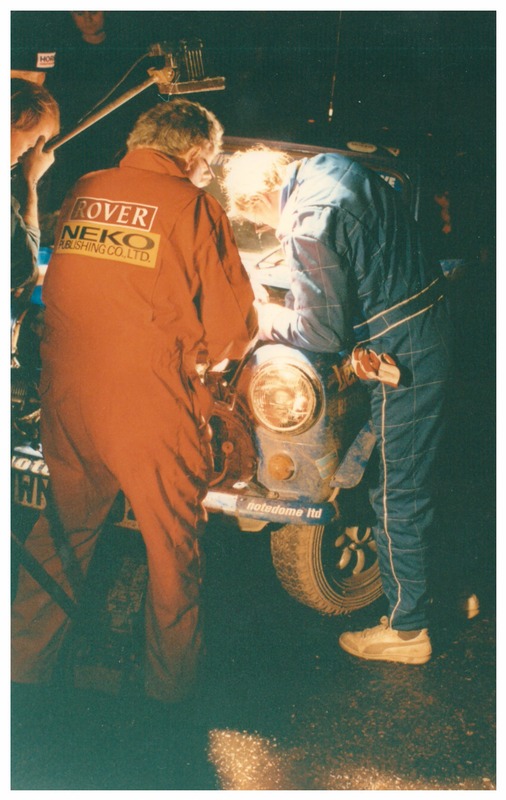 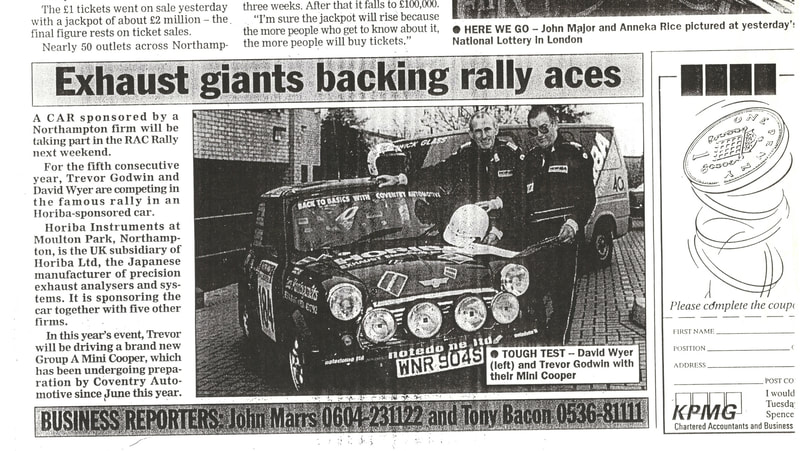 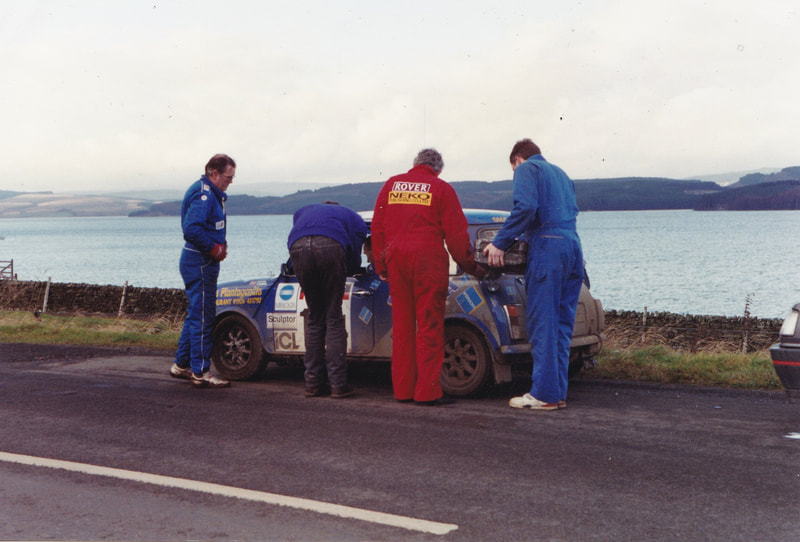 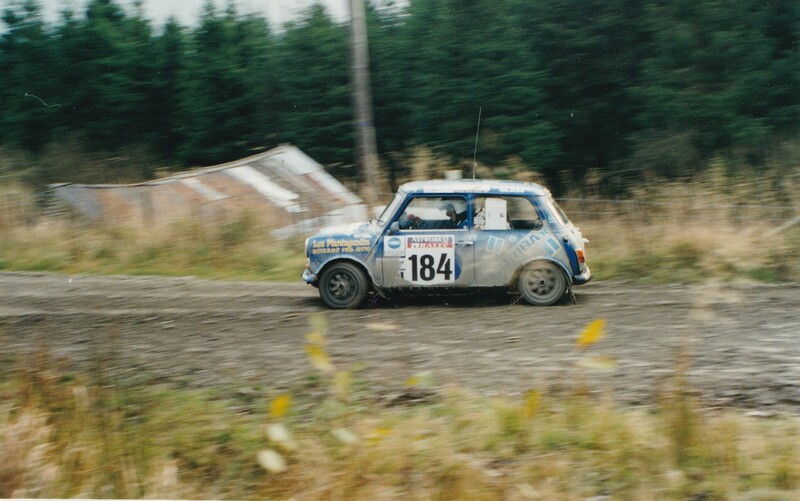 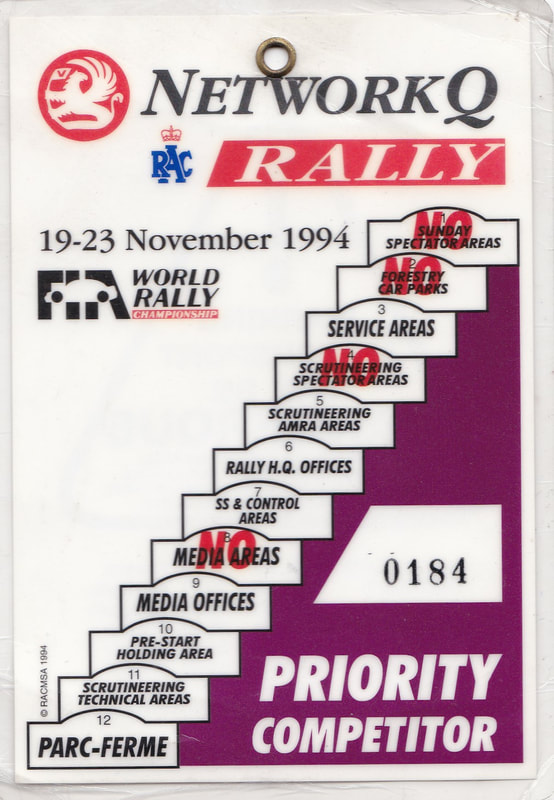 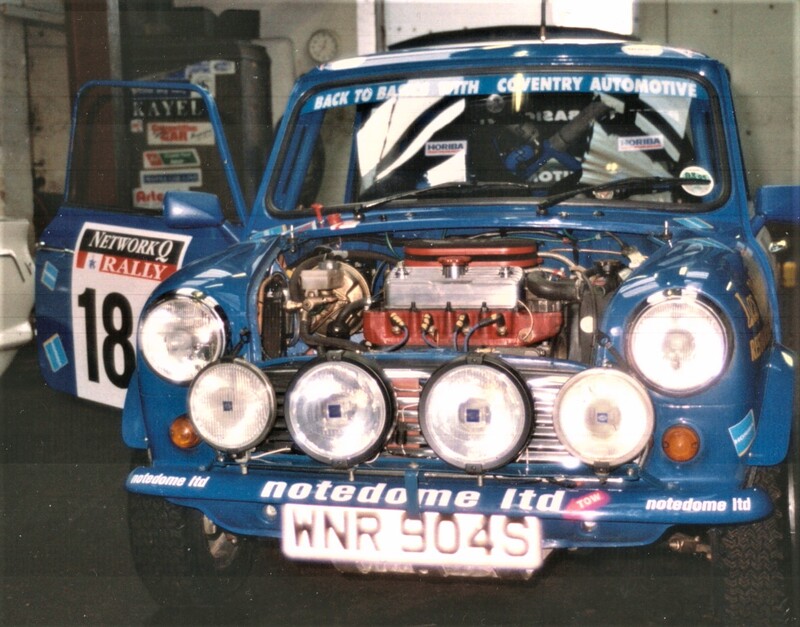 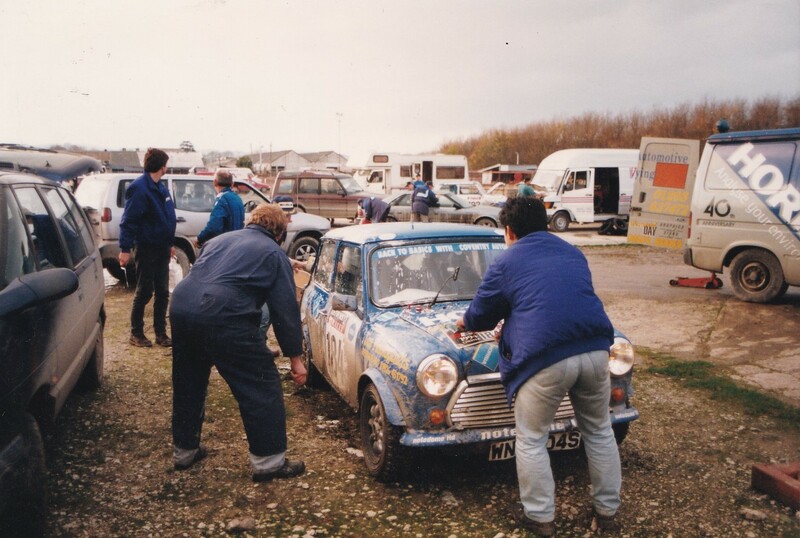 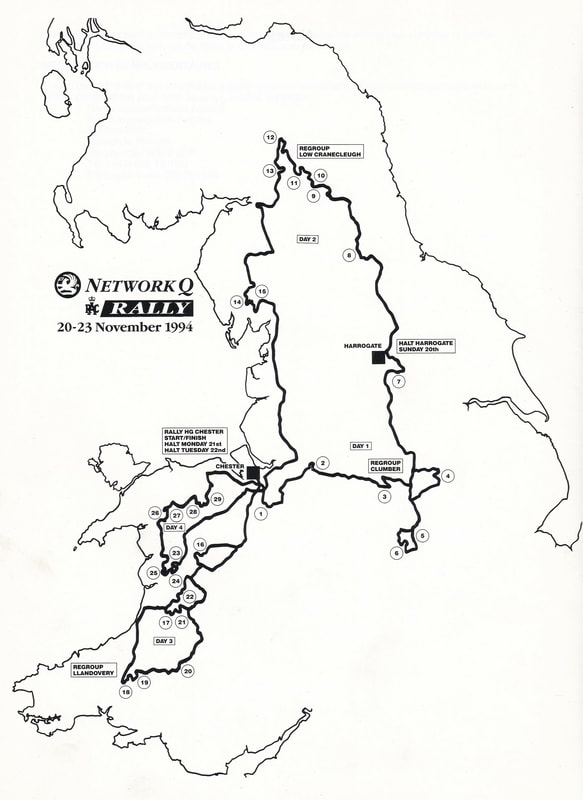 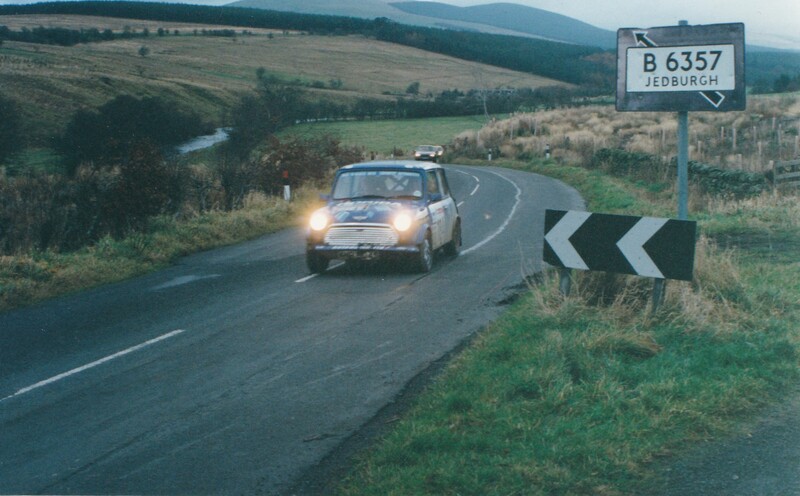 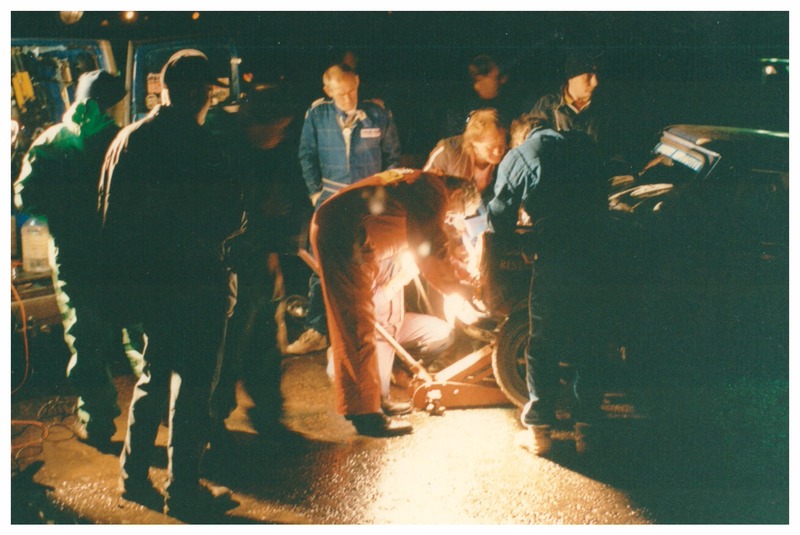 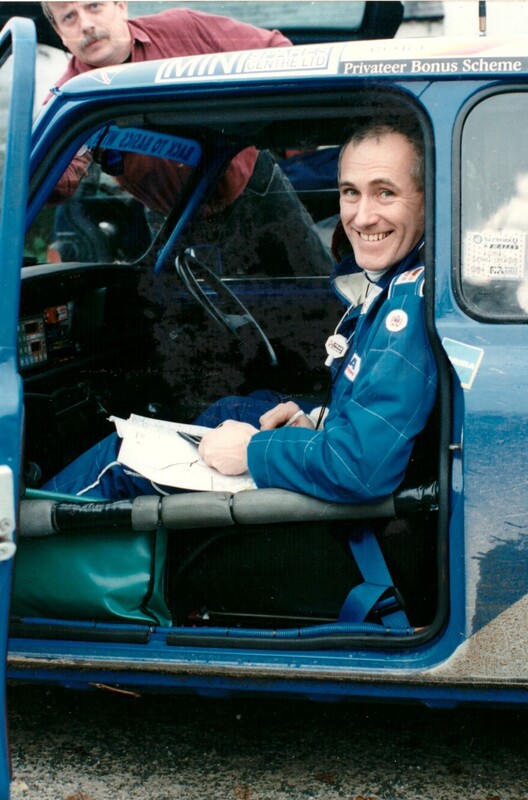 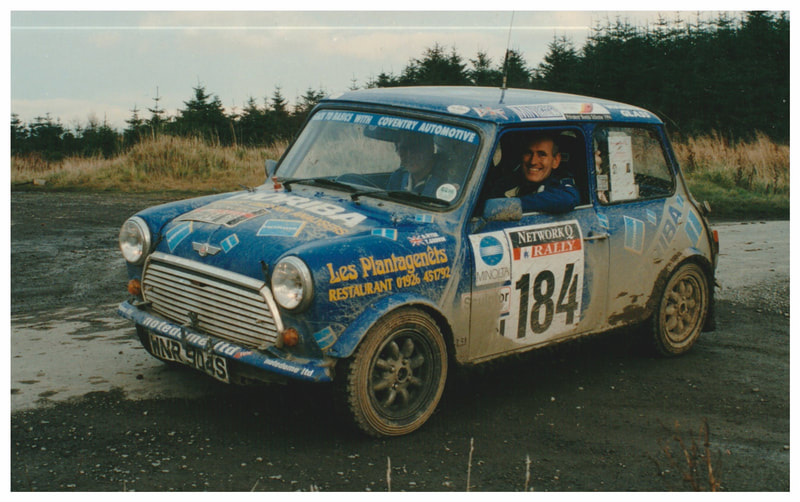 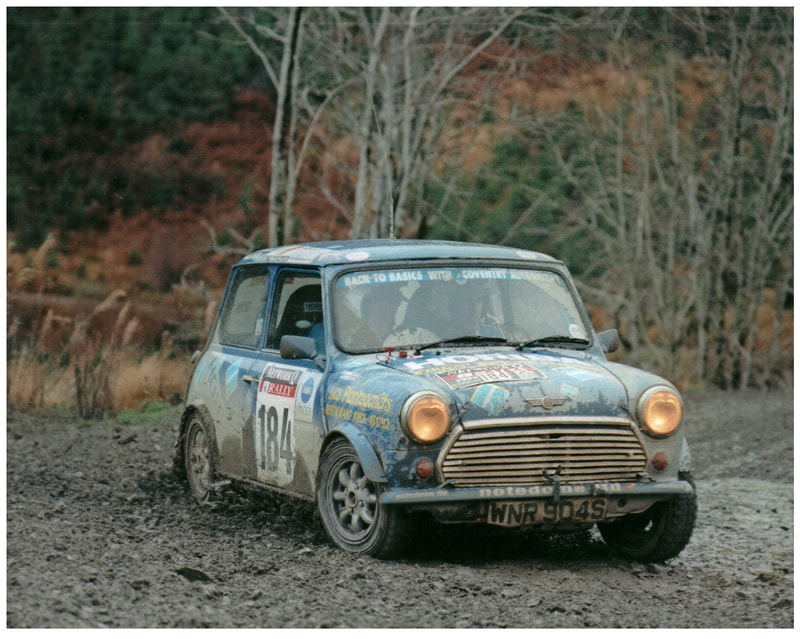 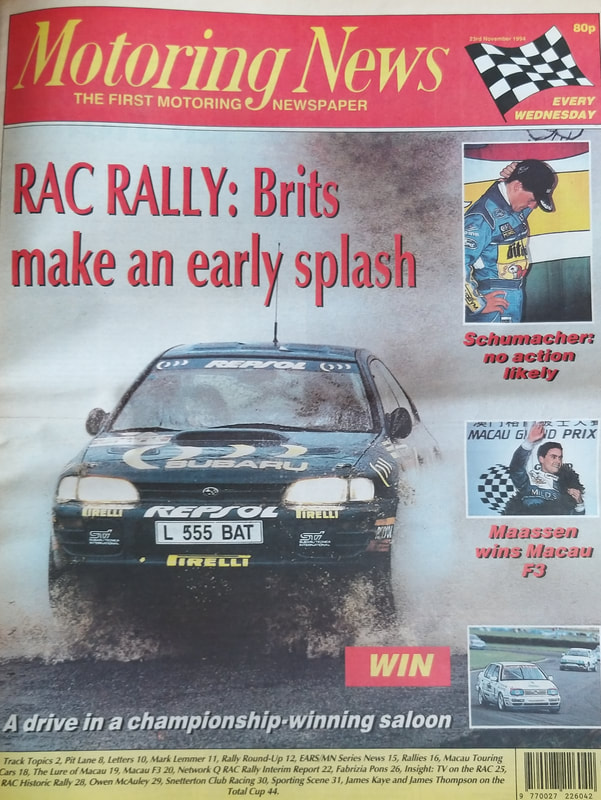 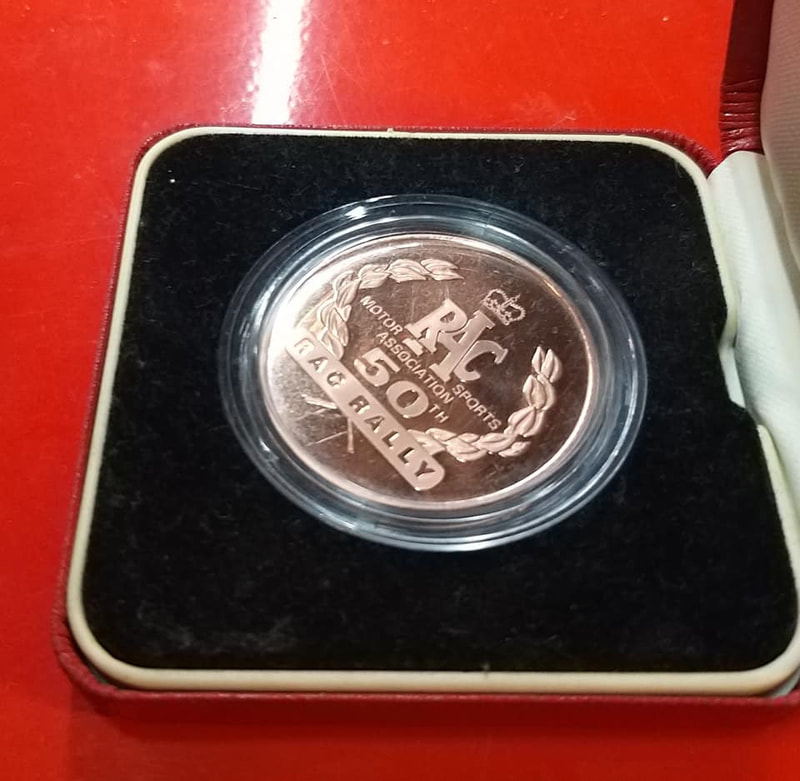