Always a favourite of the Coventry Automotive team, a tough event comprising 6 classic forest gravel stages in the heart of Wales; Radnor, Hafren, Pantperthog, Dyfi, Gartheiniog and Sweet Lamb. Scrutineering and documentation were at the Welsh Showground and HQ at the Metropole Hotel in Llandrindod Wells.

Scorching June sunshine and the scene was set for a dry and dusty Kerridge. Signing on was made more interesting by the resident peacocks who strolled around, much to everyone's amusement.

On this glorious day Trevor and Rick embarked upon the first stage in Radnor Forest, which passed smoothly, and was followed by a long road section to Hafren. As the crew paused before entering the arrival time control Carl Dolan (Nova driver) came to chat. "What happened to you boys on the Manx?" he asked. Trevor explained that the steering link broke at a very inconvenient point and that a landing on four wheels was a bonus, Carl went on to say that he had the incident on his onboard camera and that it made interesting viewing!

Hafren, at close on 16 miles, was a demanding but enjoyable, requiring concentration at every corner and crest, made harder by the dust hanging in the air. Mile on mile it seemed that the whole stage was full of spectators. Maybe they only walked 200 yards or so, but it felt as though many people had taken a lot of trouble to see the action and were prepared to view everything on offer. Alternatively, you always hear about "local knowledge ' maybe there are secrets to Hafren that will help us all when we want to watch?

After service at Rick's least favourite location - Dylife, the Dovey stages were next. The first, Pantperthog, was a breeze, with the exception of the long run out of the cwm, which was exceptionally lumpy, causing the Mini to jump alarmingly at times. Trevor is conscious of the 'skitterishness" of the back end of the car on certain surfaces and adjusted accordingly. Following Pantperthog came Dyfi, another sixteen-mile stage, which was littered with abandoned cars. It really was an automotive battlefield. Having survived the stage for seven miles it was difficult to accept the demise of the Mini on an uphill hairpin, but a long, hot, wait for the service support was much improved by the kind hospitality of the attendant marshal. For two "Coventry Kids" in the middle of Wales, in trouble, to be helped by an "overnighter" from Nuneaton defies the laws of coincidences.
​
Many thanks to a splendid fellow. No matter how much we tried there was no possibility to obtain service on the mobile phone, so it was impossible to contact the service team...... so an enjoyable time spent sun bathing while awaiting recovery. 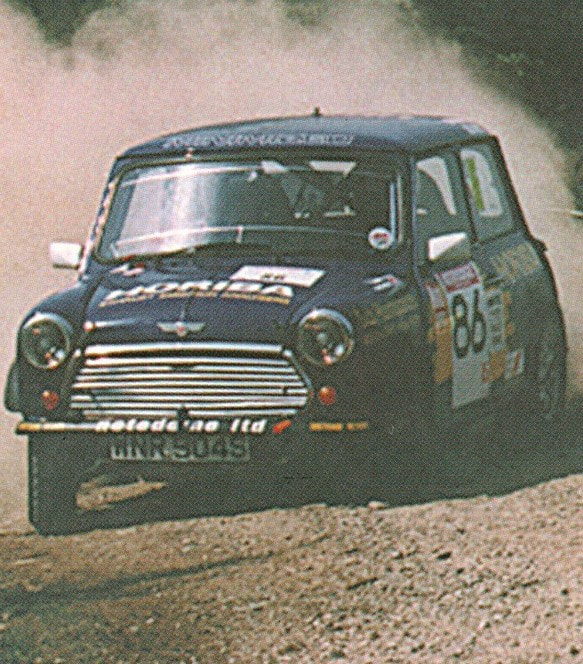 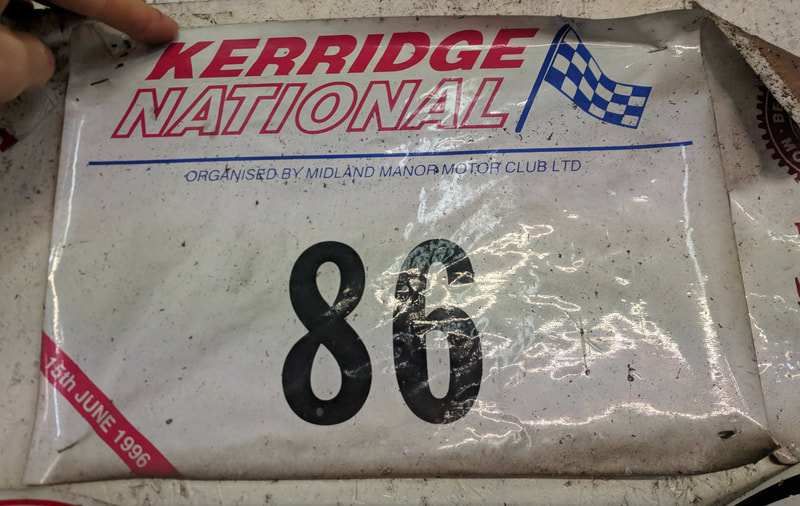 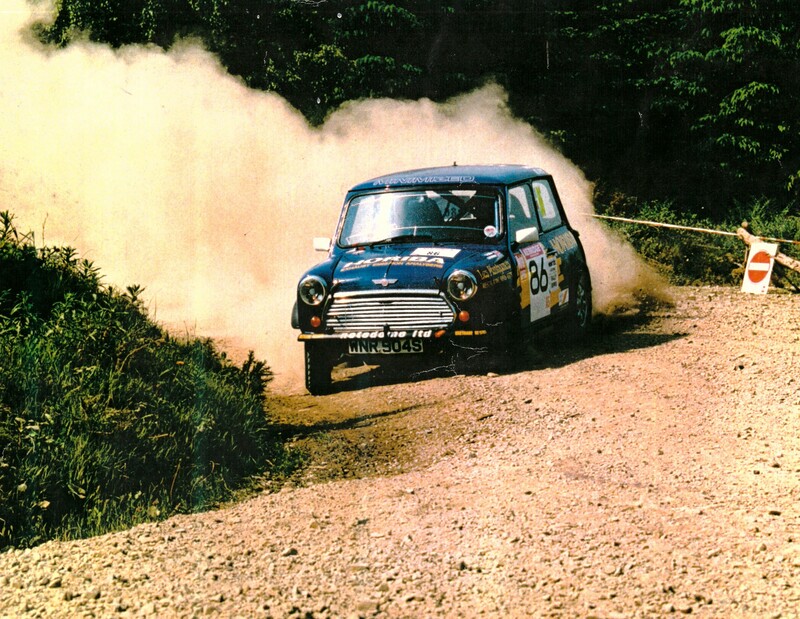