​RAC Rally International - Car 164, 83rd and 5th in class
Trevor was co-driven by David Wyer on this event​ and it was the Mini's (WNR 30S) first Network Q Rally.
​
​HQ had moved from Chester to Cheltenham Racecourse. Obviously, Cheltenham as a base precluded Kielder and North Yorkshire from the schedule but two days in Wales was the substitute. 104 stage miles and 240 miles in total, so a much reduced event when compared to the Network Q of old. Colin McRae would go on to win with Richard Burns fourth. The WRC series was very tightly contested and at the start of the Network Q the title hung in the balance and there would be huge crowds supporting Colin McRae. Although Colin went on to win the 'Q’, Tommi Makinnen won the WRC Championship by a single point ahead of Colin McRae.

Leg 1 (SS1 - 17) - The day of the spectator stages; Cheltenham 1, Blenheim, Silverstone 1&2, Millbrook 1&2, Beechdale, Silverstone super-special, Donnington 1&2 and finally Cheltenham 2.  Prior overnight rain had made the stages muddy and slippy. It is often said that the Network Q/RAC cannot be won on the first day but errors cost you dear and Kenneth Eriksson in the Works Subaru demonstrated this when he spun into a barrier within a few hundred yards of the muddy start of SS1 at Cheltenham and could not re-start the car, ending his rally. McRae would rattle the barriers at a chicane section in the style of a slalom skier on the Silverstone super-special stage and have anxieties over his loose front wheel until he made it to service. Trevor and David enjoyed the huge crowds and apart from a minor off and a puncture on the first stage (SS1 Cheltenham Racecourse) the team had few problems. The last three stages were run in the dark and went well with a return to Cheltenham ending the day in good shape. McRae would be leading the event by nine seconds.

Leg 2 (SS12 - 18) - Into Wales and the more punishing gravel stages, especially as it had been raining heavily overnight. The Classic 'Q’ Welsh stages would deliver their usual high attrition rate; Radnor, Hafren, Pantperthog, Dyfi, Gartheiniog, Sweetlamb and Myherin.  All old favourites of Trevor and Rick, having competed on them extensively in the past with the blue Mini in the Mintex series and prior Network Qs. Fortunately, despite the wet slippy stages and early morning fog the second leg passed without incident and a satisfied but tired crew returned to Cheltenham. McRae would drop a lot of time running first on the road in a densely foggy and dark morning in Radnor, resulting in losing his lead on the event but a brilliant 'McRae charge' over the remaining stages saw him rise back to joint first by the end of the day with Richard Burns. Didier Auriol rolled out of the rally on Sweet Lamb, Bruno Thiry would go out on the same stage after a big slide and the destruction of his turbo which would lead to his engine's demise. All of this meant that the buffer of cars between flu ridden Makinen and McRae was being whittled away, so Makinen was still in contention to win the WRC crown.
​
Leg 3 (SS19 - 26) - This was located in South Wales with stages around Swansea and Port Talbot. Four of the longest stages on the event would be in the day's eight stage schedule. Burns would drop out of contention with a puncture which took over four minutes to change in Rhondda and McRae continued to set very fast times. Tommi Makinen was still hanging onto sixth place and the WRC Championship despite his flu. When asked how he felt after the gruelling Resolven stage he ruefully replied “Do you want to drive the next three stages?". Trevor and David on the other hand had another great day's rallying. Apart from the need to replace a fuel injector they had no major mechanical issues. Being held up in the motorway traffic for close on an hour seemed to spell trouble, but since many other crews were similarly affected it was overlooked by the organisers. Another Network Q finish, a trophy and a fitting climax to 1997.  McRae won but with Makinen 6th, that one point from his sixth position, ensured he became World Champion. McRae commented "This was my third win on the event and just as enjoyable as the other two", he smiled. "There's a wee bit of disappointment, as we lost the championship, but I'm still happy".
Photos by Tony Large and the Coventry Automotive team 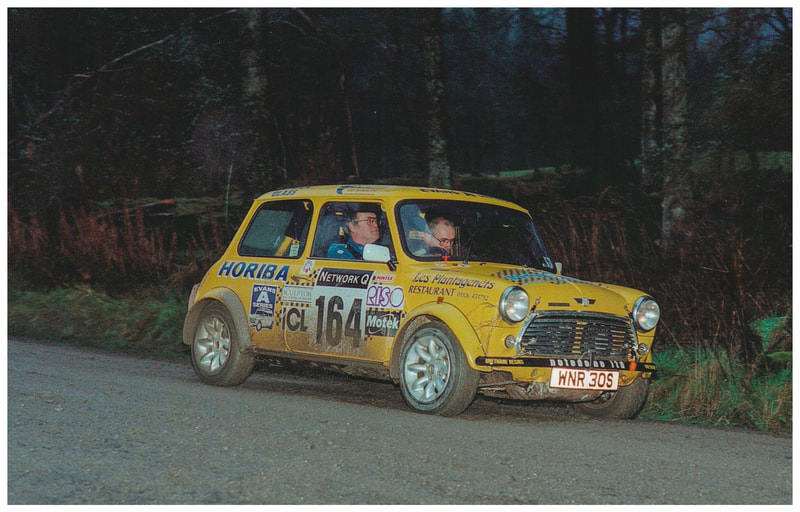 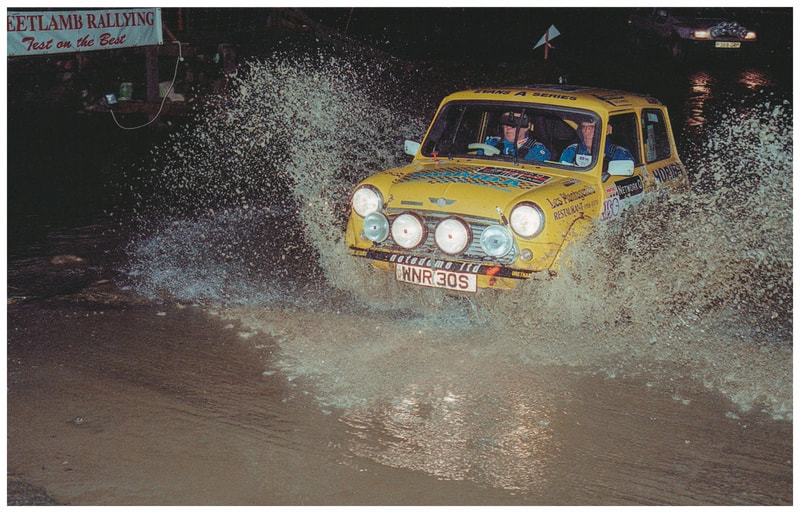 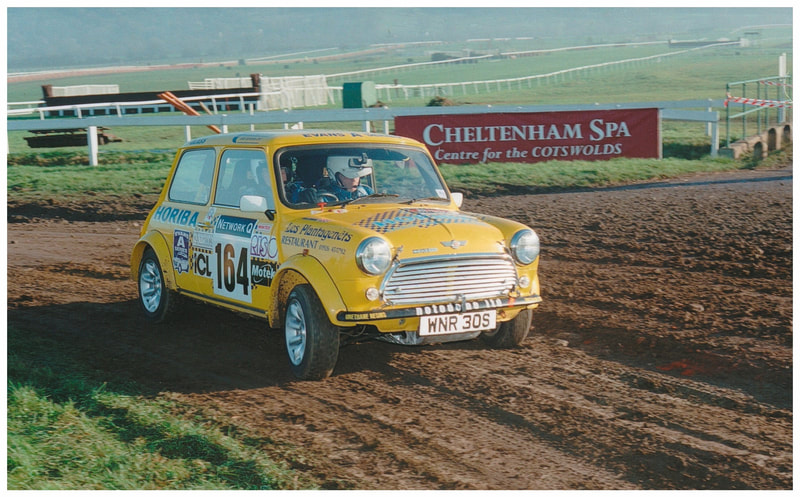 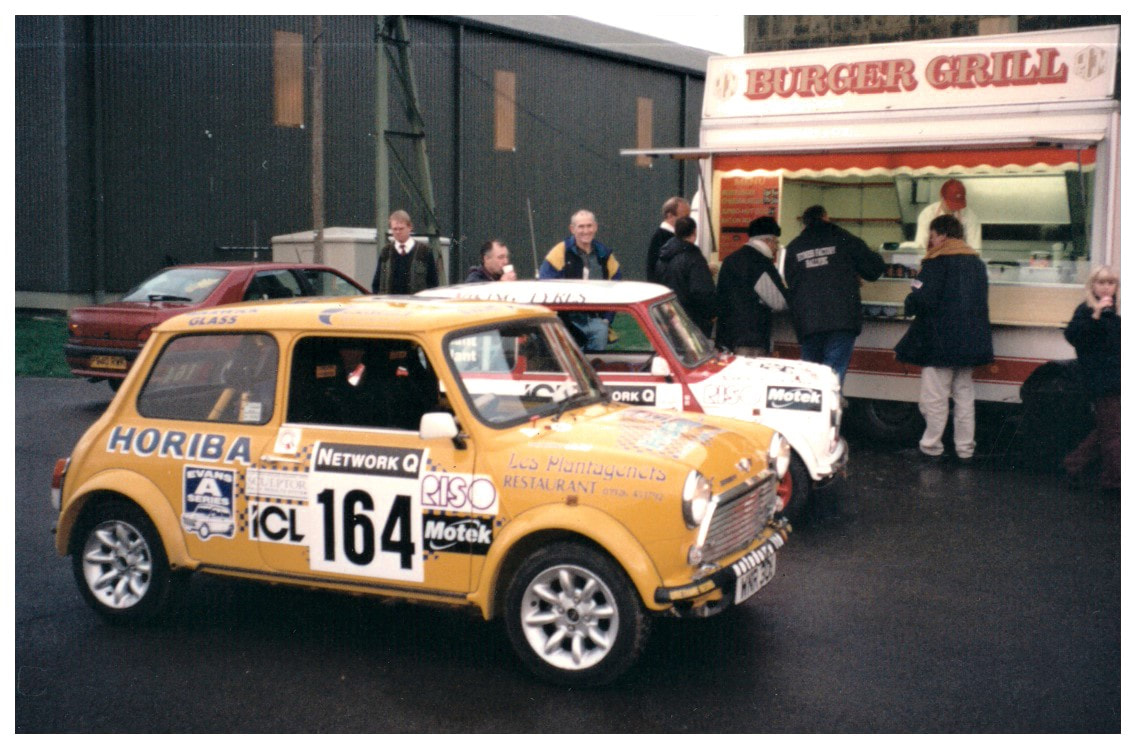 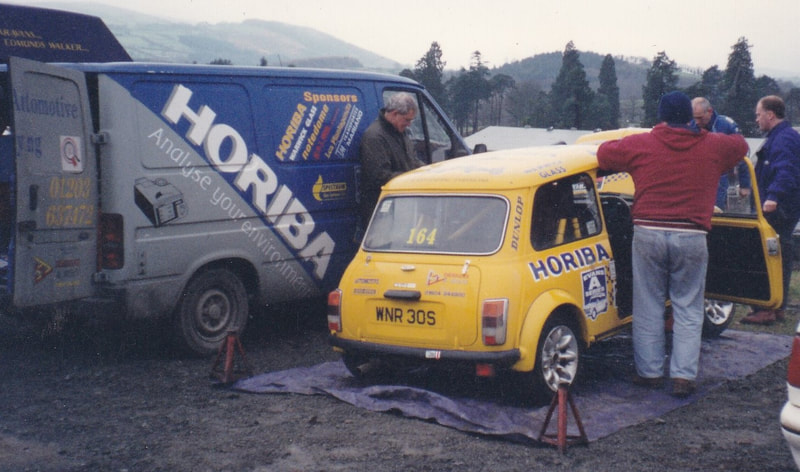 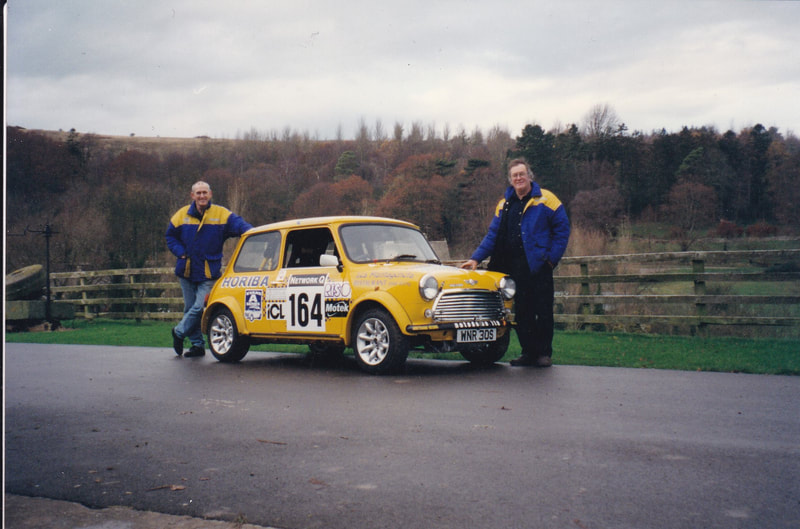