The 30th Rallye de Portugal was the 4th of the 14 WRC events that year and ran Sunday to Wednesday March 23rd to 26th. 'A rally of character" was how Ian Harrop described their first entry on the TAP Rally of Portugal. The ever-present nostalgia that the Mini generated was apparent once more and a tough rally (only a third of the starters finished) unfolded. Colin McRae went out with engine problems, his brother Alistair would win the formula 2 crown but the overall winner was Tommi Makinen who set 17 of the 31 fastest stage times.

The event was hot, dry and dusty with the dust obscuring visibility during the day but especially so on the night time stages. As in Finland, they had not the time or financial resources to recce the stages and as a consequence had the additional challenge of no pace notes!

The remarkable feature of this rally seemed to be that the link sections between stages were driven at breakneck speed. As Trevor and lan approached the first stage they were overtaken by several following competitors. "Are we OK for time?", seemed a reasonable question for Trevor to ask, '"No problem" Ian replied. On arrival at the time control all the afore mentioned cars were passed as Trevor and Ian took their appropriate slot and awaited their due minute.

The charge from stage to stage seemed to be de rigeur and our crew duly obliged, adopting the local etiquette. Further, imagine the police actually encouraging you, even to the extent of them urging you on; passing on blind comers, driving straight across junctions, excessive speeding and jumping red rights!  This truly is the alternative Rally of Portugal.

The TAP Rally Portugal was the fourth round of the 1997 World Rally Championship and started well for the Coventry Automotive team. Stage 1 (Figueira de Foz) was an asphalt super special with reverse seeding and the only stage for that day March 23rd, so the Mini was off early and the 4x4 stars last. Crowds were in excess of 80,000 and crowded onto to the stage, sometimes on the racing line, upsetting a lot of the top crews who were unable to push. Trevor and Ian had to drive at the crowds in the hope they parted, little did the crowd know that they had no pace notes for this event and were using the stage maps!
Colin McRae reported "The people were covering the whole road and the braking points and so the pace notes we made on the recce were useless. You couldn't see the corner or which way it went. Even the slightest mistake could have had serious consequences". On this stage Makinen was forced to start with malfunctioning brakes due to his car being damaged by the scrutineering weighing equipment. As a consequence of them being disadvantaged the stage times were scrapped by the organisers and the rally would re-start the next day and all cars would not be re-seeded, preserving the initial running order.

Next day (Stages 2 to 13) provided an early morning start with Car 1 away at 5:30am, the rally had begun in earnest and this leg would be finishing at night. The second stage (Poiares) was foggy due to the early start and the stage was rough, complicated by spectators crowding the end of the stage. SS5 (Vila Pouca 1) would see Carlos Sainz's bid for the WRC championship suffer a setback as his gearbox suddenly seized, so violent was the failure  it sheared both propshafts, leaving him stranded mid stage and relegated to a spectator. SS6 (Tabua 2) would see Colin McRae grind to a halt with the dreaded Subaru engine problem. The crew and spectators valiantly pushed the car to the end of the stage but were unable to re-start it, so ending their event. For Trevor and Ian the stages were rough and very dusty culminating with the last few stages completed in the dark. The Fafe jump (SS12) was one of these and to make matters worse the visibility was poor due to the dust reflecting back the lights and obscuring the road, this caused Trevor and Ian to be caught by surprise, finding themselves airborne on the jump! Having not set up for the jump they were very fortunate to land well and were able to complete the stage. In a class comprising 8 entrants the crew were able to quickly establish a 3rd in class position despite all the other cars in class being more modern and powerful.

The first leg saw Trevor and Ian making steady progress despite an "off ' that saw front wheels dangling over a significant drop (Italian Job?). At the end of the day a 56th overall, second in class result was secured.

On the second leg the first stage SS 14 (Lousada) was a super special and Trevor was drawn against a Nissan Micra. As the mini approached the start line the crowd started cheering and it was essential to concentrate, ignoring them and the other car. As the Mini crossed the line for the first time it was clear that they were ahead, but by how much? On the second lap a half spin slowed progress but Trevor 'kept in' and sorted it out. The Mini maintained the advantage all the way to the line and the crowd went wild. Thumbs up from the other car, acknowledgement of a race well won.

Meanwhile..... A lone Roger Cook in the service barge was finding that the legs between service areas very difficult to complete. Eventually he could not sustain the high speed necessary and was unable to rendezvous with the Mini. As Trevor and Ian sat forlornly awaiting the barge, fuel and a check-over the Prodrive crew approached "Got a problem lads? Pull it over just there, in the slot marked ’Colin’, we'll sort you out". And they did.

SS16 was a return to the Fafe jump but this time during daylight so no surprises for Ian and Trevor this time! This stage, however, would lead to the retirement of Richard Burns with mechanical problems. In the morning Burns had been worried about his noisy transmission. The team engineer reported to the press at the end of stage 16 "The car often sounds like that. We will check it out but I doubt that there is anything too serious to worry about." Barely had the words left his mouth as the radio crackled with the news that the car had lost all drive on the road section to the next stage, marking the end their event.

Lack of pace notes meant that Trevor and Ian were driving blind and instant decisions about the stage had to be made. By good judgement (and a certain amount of luck) Trevor and Ian had settled into a routine that seemed to be working. Stage 19 (Celorico de Basto) provided the crew with a difficult crest and both misread the exit, leading to the mini going off at high speed. The crew can recall a blur of a large rock to the right, a telegraph pole on the left and
some astounded spectators before the car dropped two feet back onto the stage. It seemed as though terminal suspension damage had occurred but at the end of the stage the only problem was a puncture.

Stage 20 (Seixoso) followed and two kilometers into the stage another 'off' dealt the final blow.  It began with the usual crowds and later a policeman on a motor bike riding down the live stage into rally traffic, which necessitated abrupt action on his behalf to avoid a head on collision. The car ran wide on a sharp corner and the soft sand on the verge pulled the car into a deep ditch with the mini careering at an acute angle down the gulley. From this point onwards the car would not drive straight and a bent steering rack put the crew into an irretrievably position. After the recovery from the stage the team were reunited at the next service point. Replacement of the damaged parts made the Mini drivable. Also, at this service point there was a Prodrive mechanic waiting with a broken Subaru (car 11, which had gone off) giving him some beer and sandwiches seemed the least that Trevor and Ian could do! 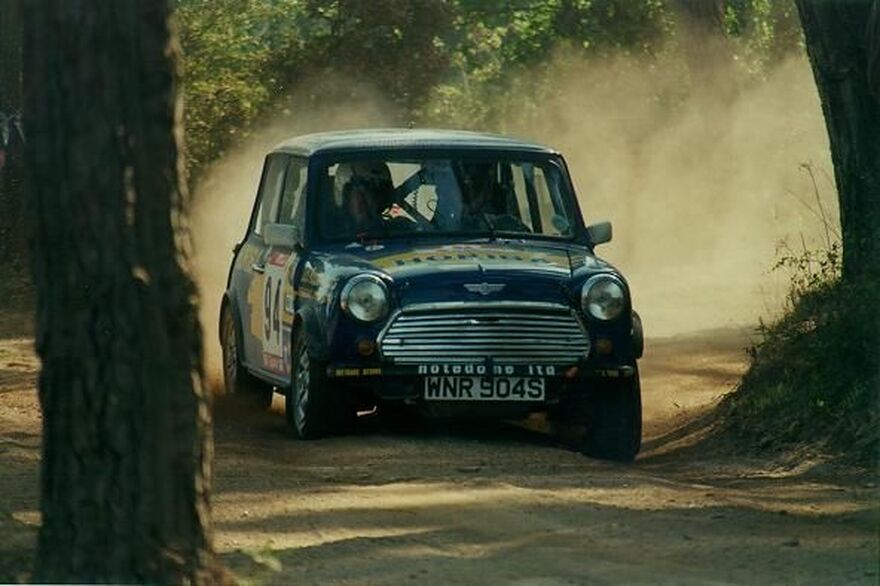 Excellent photo in the forest SS3 (Tabua 1) by Photographer Rui Salgueiro (many thanks!) 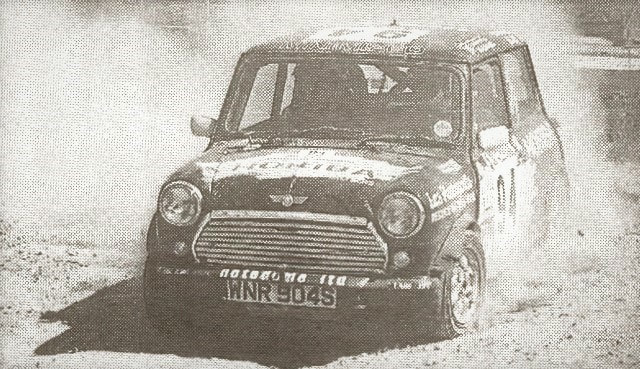 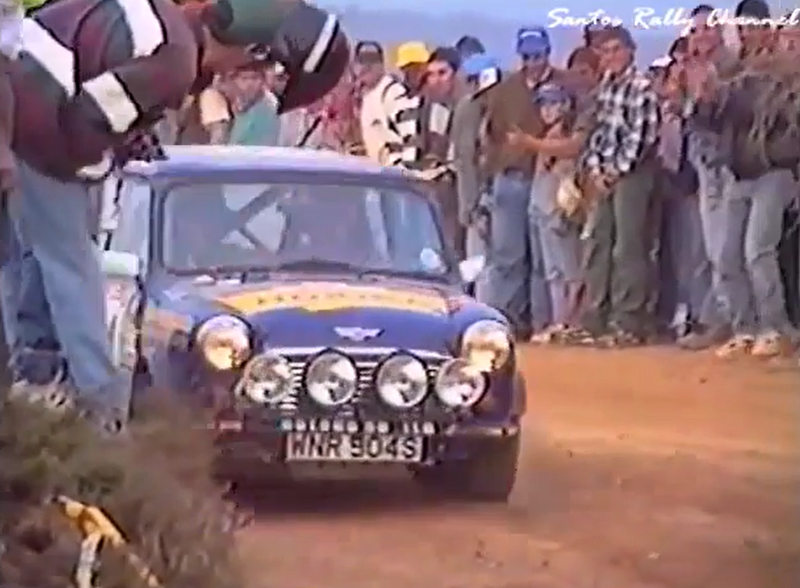 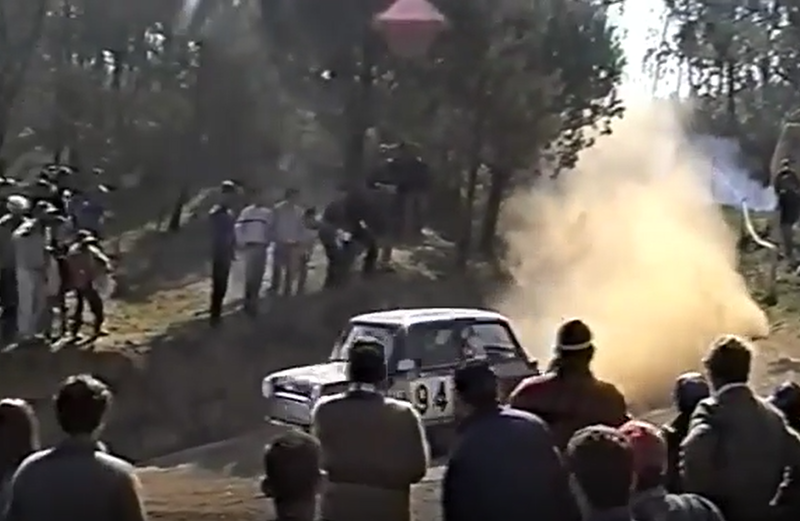 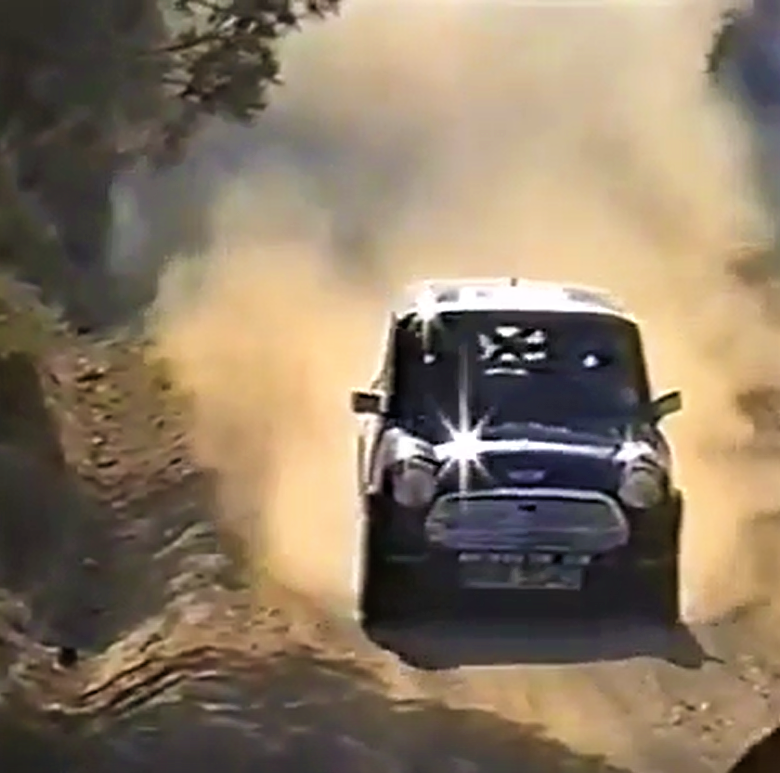 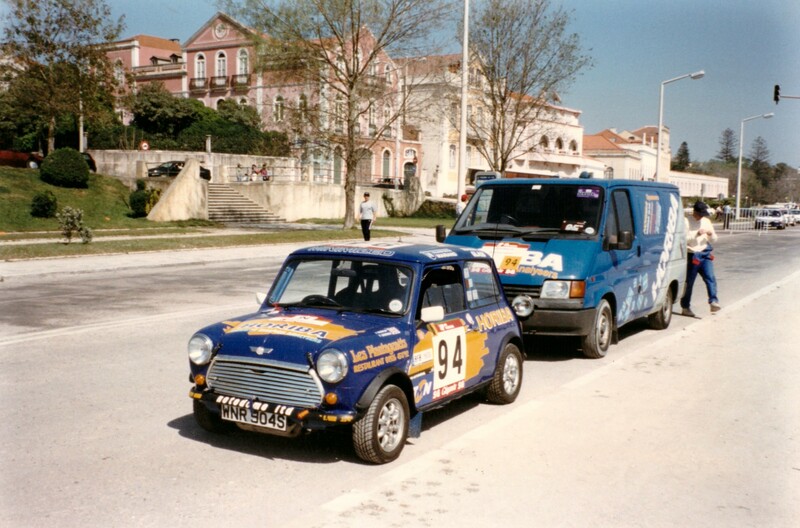 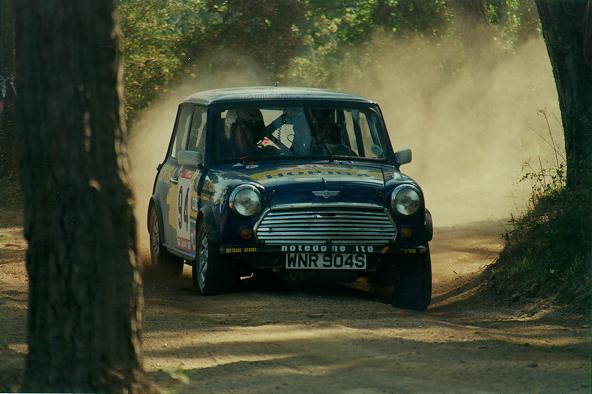 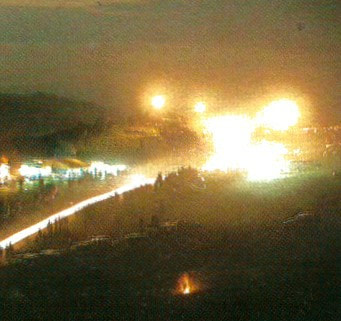 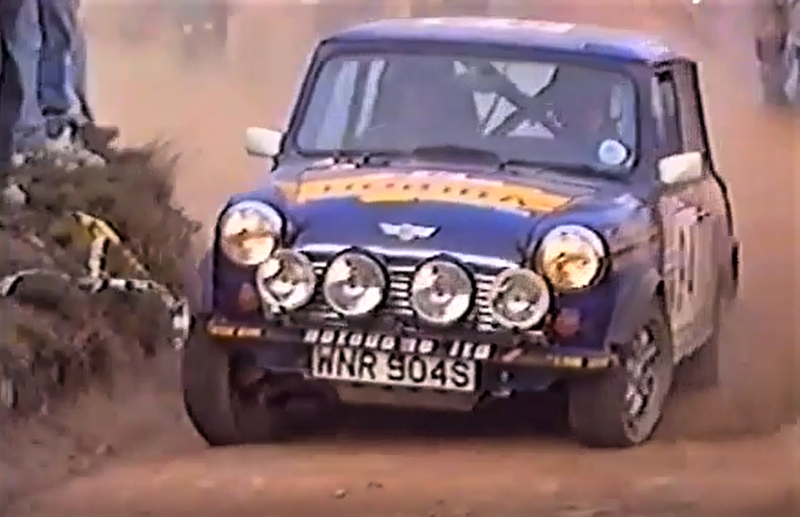 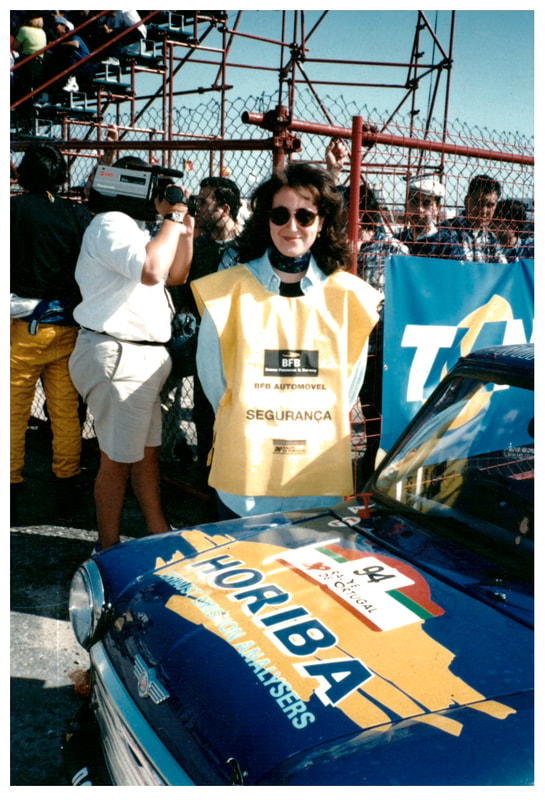 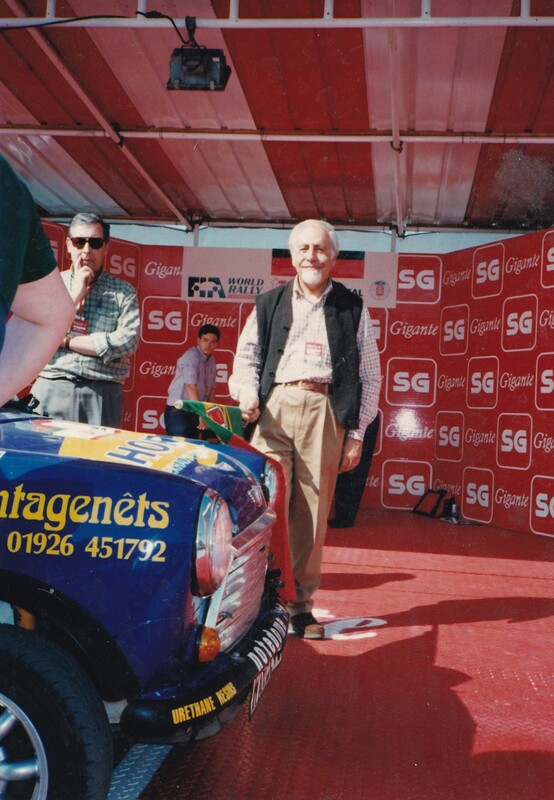 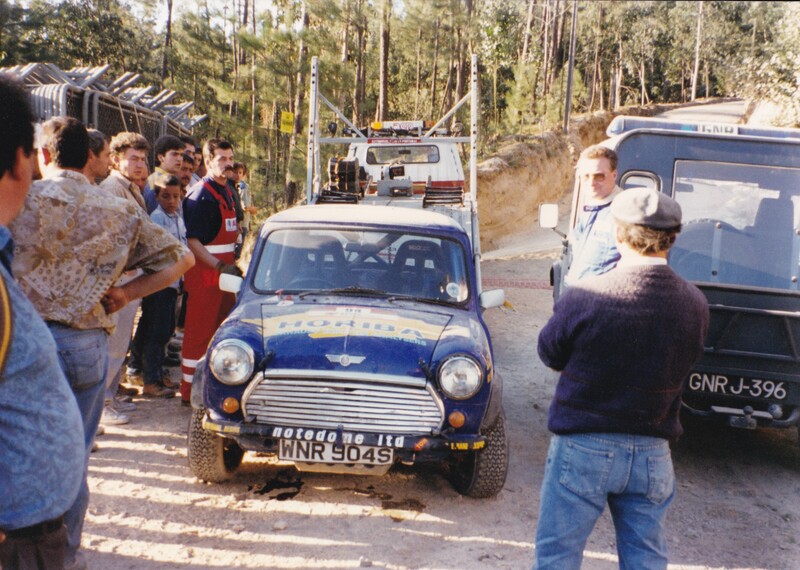 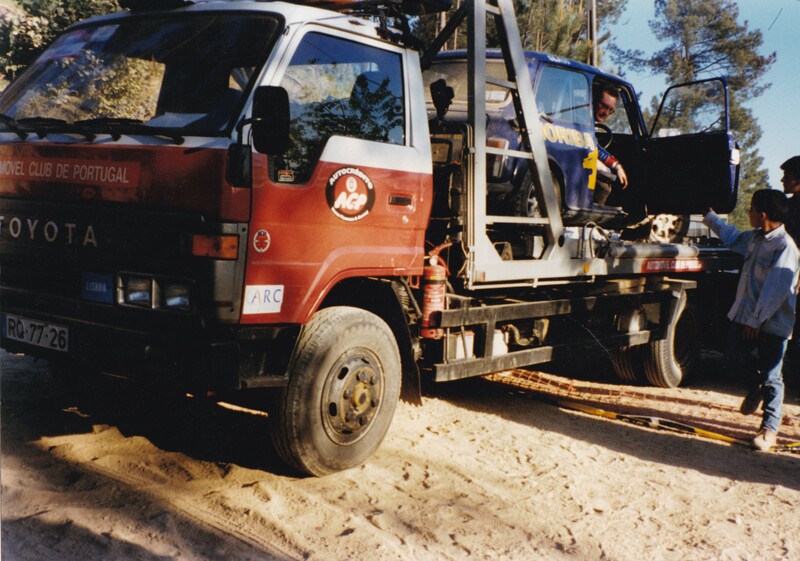 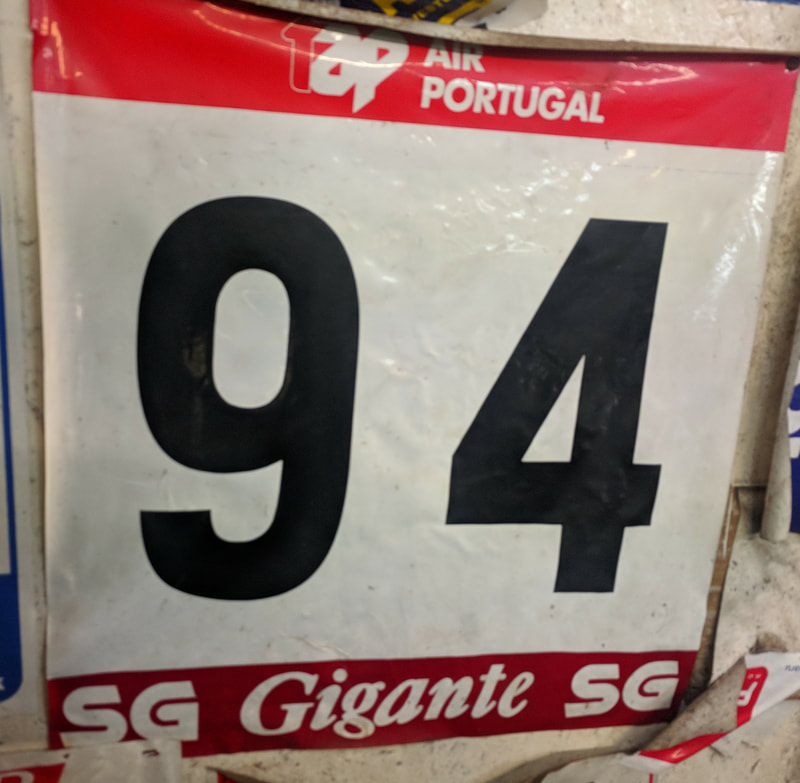 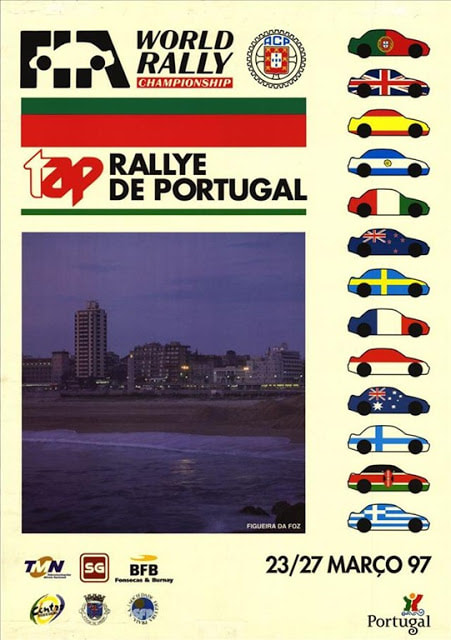 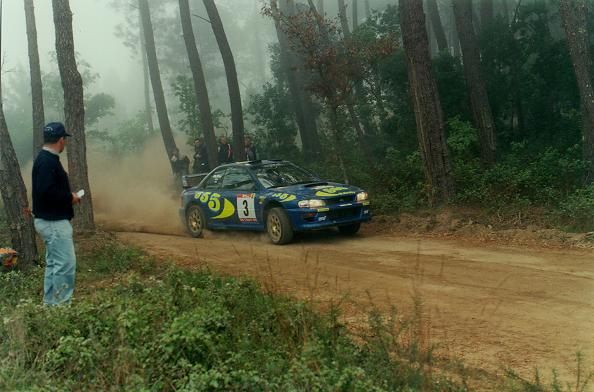 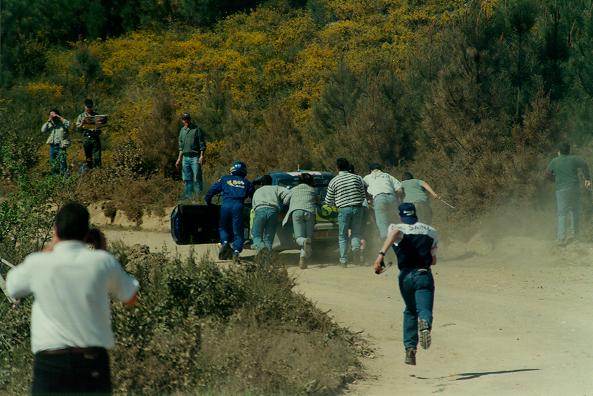 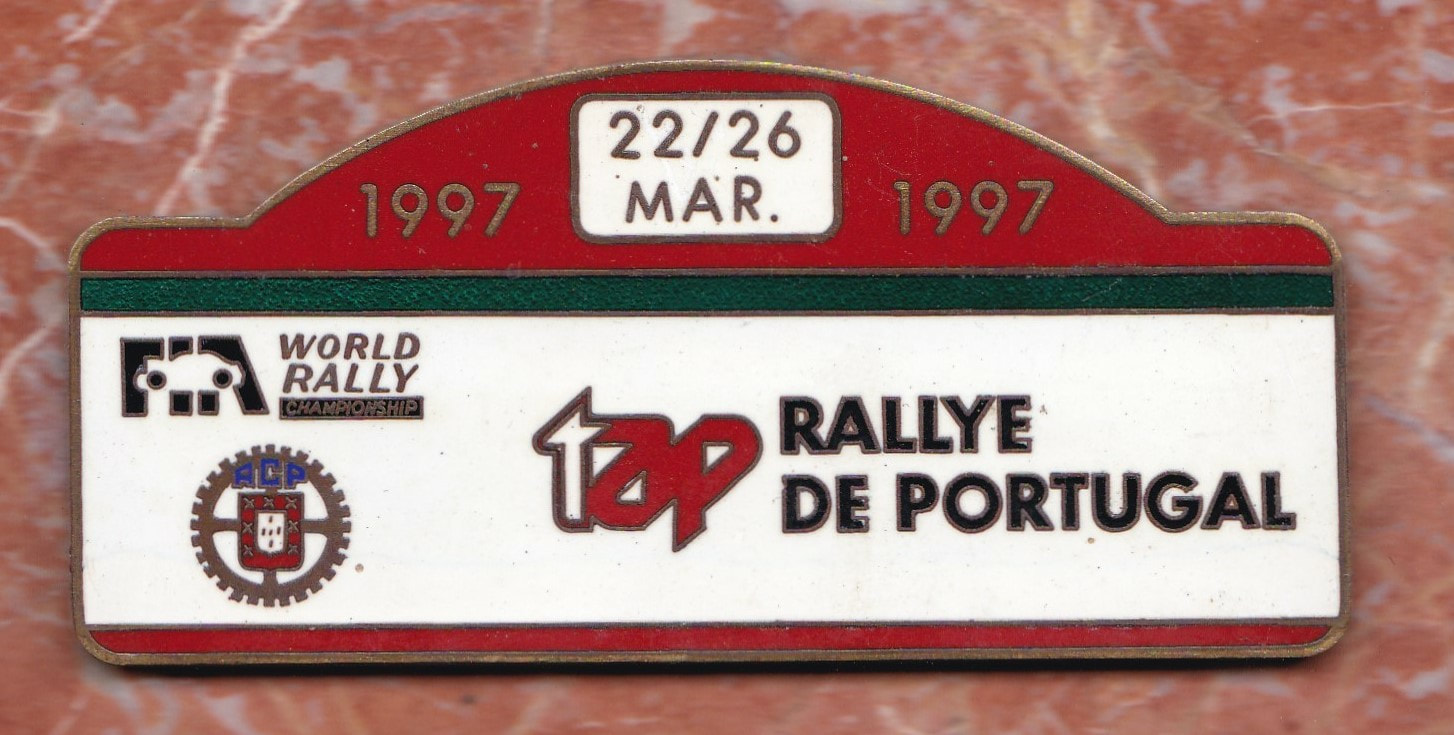 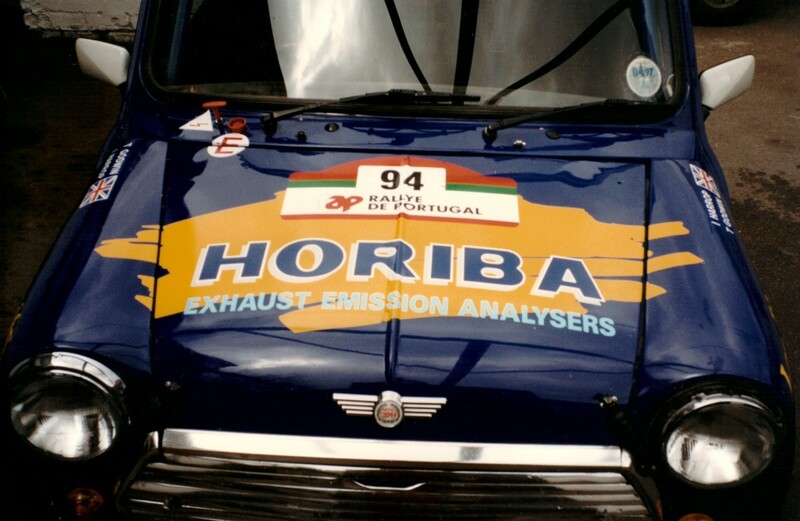 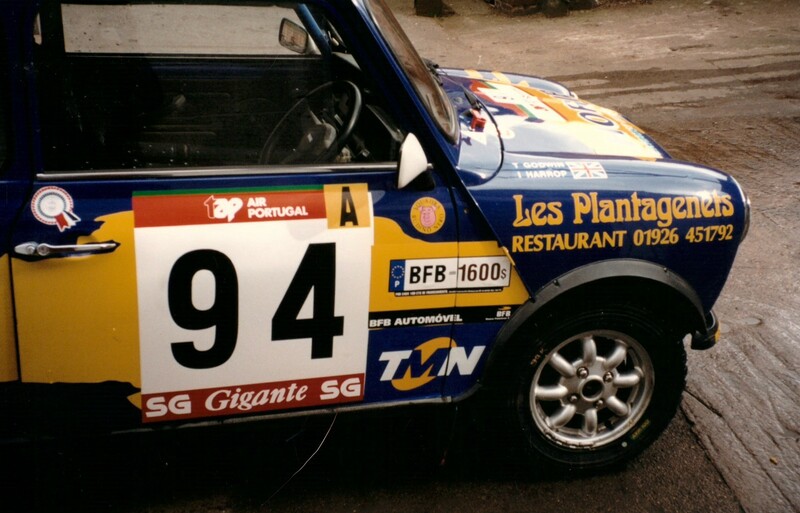 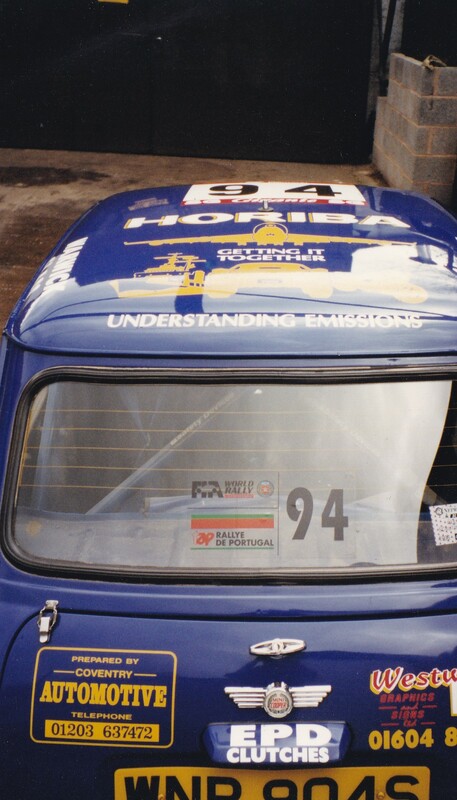 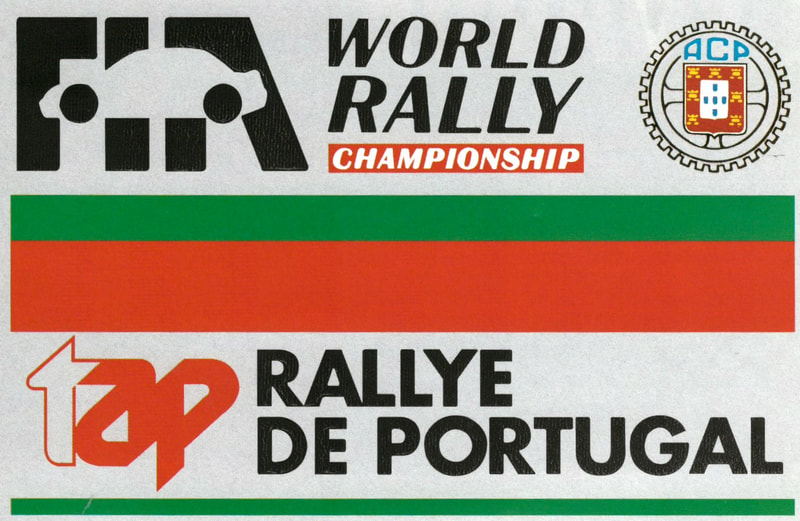 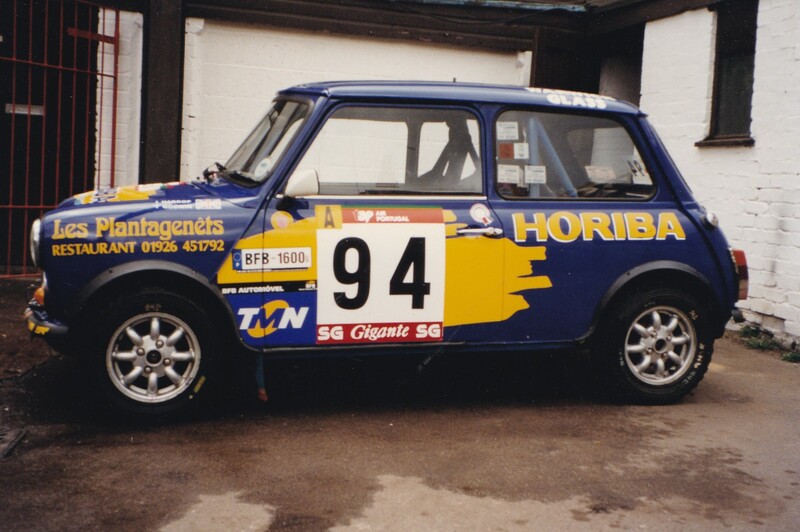 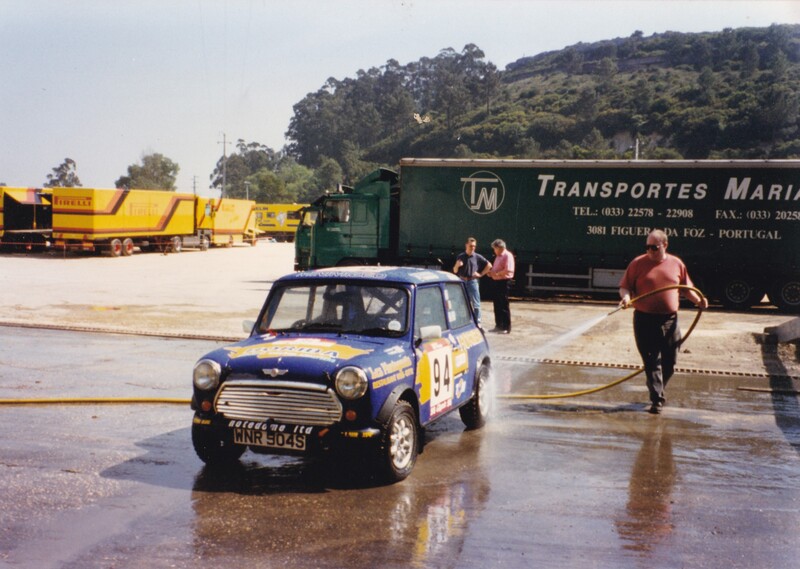 Photographers Coventry Automotive and Rui Salgueiro (many thanks!)