​Morgannwg Forrest Rally - Car 61,  DNF -  SS3 Margam with clutch failure (77 starters of which 56 finished)
​Trevor was navigated by Rick Spurgeon on this event

The 5th round of the 1996 Mintex Rally Series: A National 'A' event comprising 69 gravel stage miles (8 Special Stages of which two were used twice - Singleton 1&2, Margam 1&2, Cam-y-wiwer, Rhondda, Resolven and Cregan) and 70 miles of linking public roads in South Wales on the 20th of July. Rally Headquarters was the Hilton National Hotel in Swansea.

Ricks's reflections - What can you say? A fortuitous arrival at a confused start control in Singleton Park situated in the centre of Swansea did not augur well. A nip around the short spectator stage SS1 (3/4 mile) before a ridiculously short road link section in busy Saturday traffic to repeat the stage SS2 and then on to service. Next a road section towards Margam via Port Talbot and the start of the gravel stages SS3. In Margam it was ‘Goodnight Vienna’, as on the road section the clutch decided to become impossible to disengage. The only positive thing about this event as far as the HORIBA - Coventry Automotive team was concerned was that the weather was exceptionally hot, so waiting for recovery in Margam provided another chance for sunbathing in Wales! 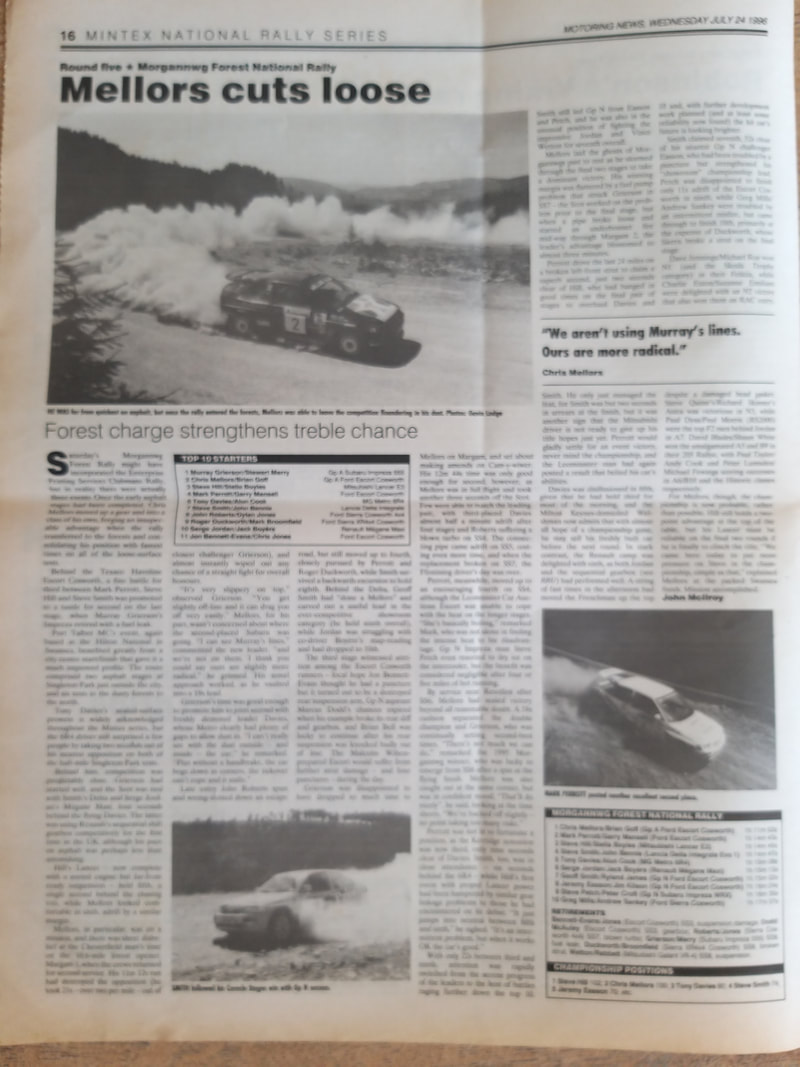