Granite City Rally - Car 65, 43rd and 1st in class (64 of the 67 entrants started and 53 finished)
Trevor was navigated by David Wyer on this event
​
This was the second event in the Mintex series and part of the Scottish Championship with the Rally HQ in Aberdeen. A dry day with spring sunshine and dusty gravel stages. It was held in April and the special forest stages, such as Bennachie, Garty and Clashindarroch were challenging, especially for the Mini, which would be at the back of the field having to deal with the cut-up forest tracks. This year it comprised 6 long gravel forest stages totalling 70 stage miles.
They sheared a rear shock absorber bolt on the first stage which made driving very difficult but were able to fix it at second service. A puncture on SS2 meant 8 miles on 3 wheels. This caused some damage to the silencer which was repaired after SS3. A subframe mount broke on the second run through Clash causing more problems. They had a very creditable finish but then had to dash off and drive down south through the night for their sponsor’s event the Horiba D' Isis Rally based at MIRA which ran the very next day! 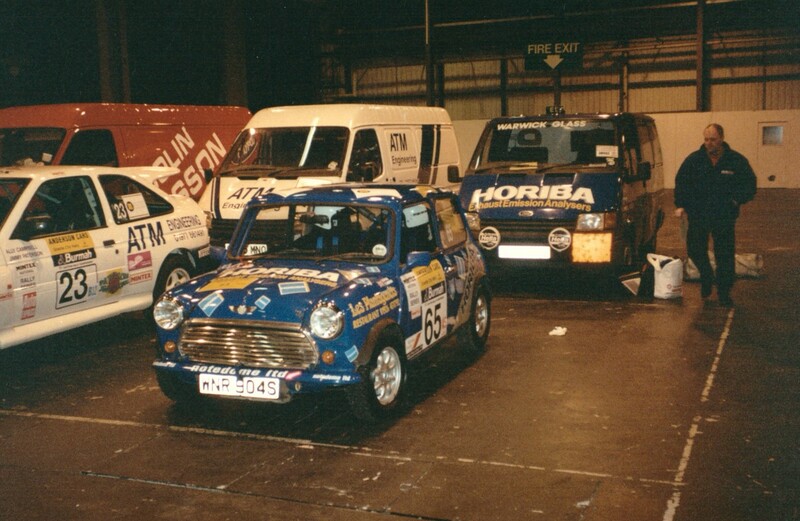 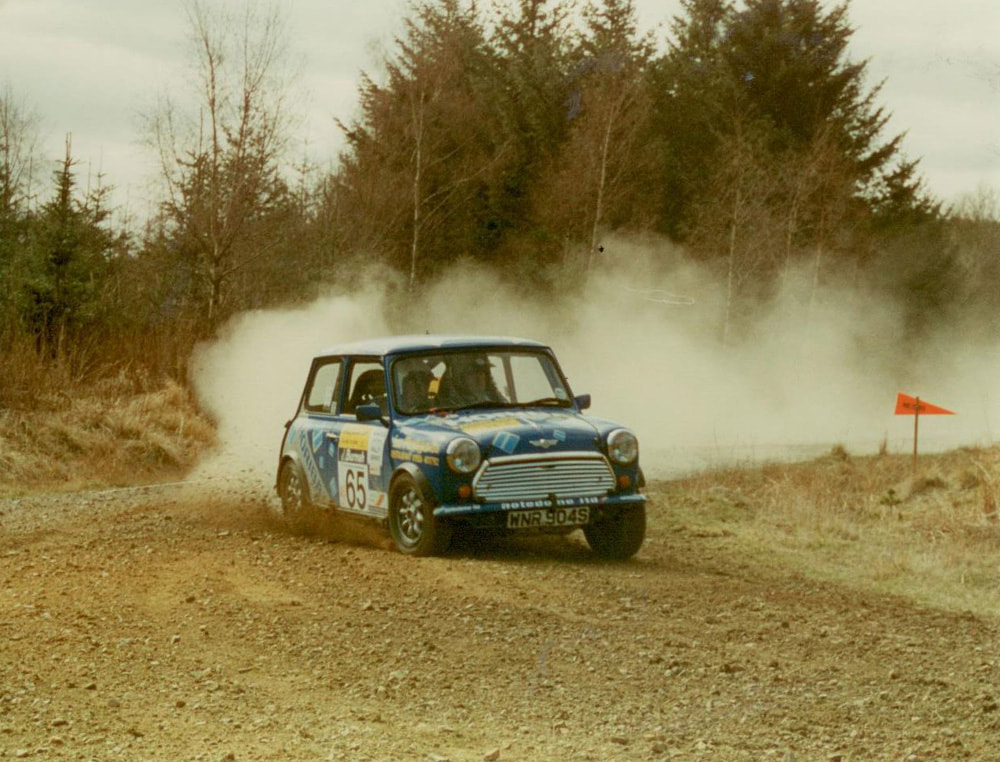 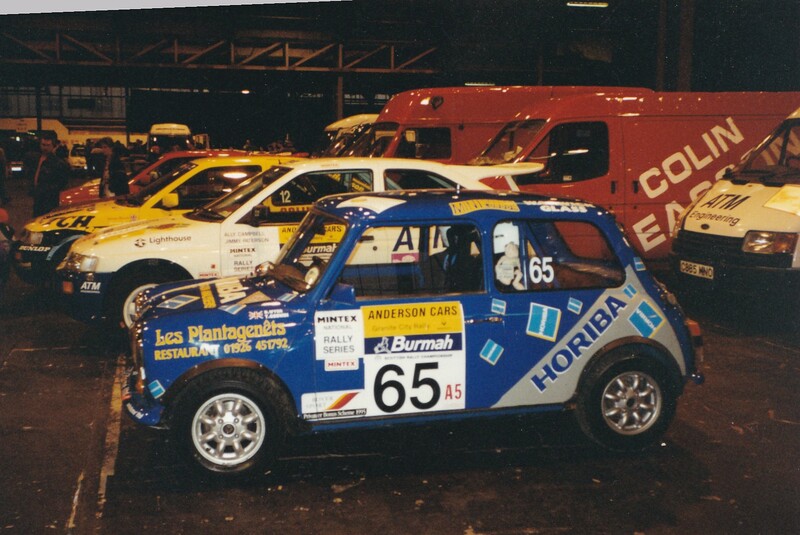 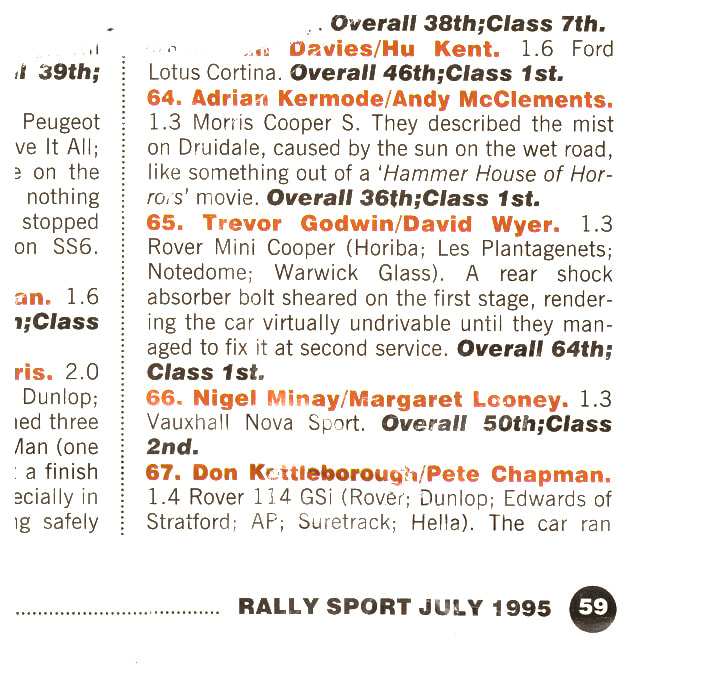 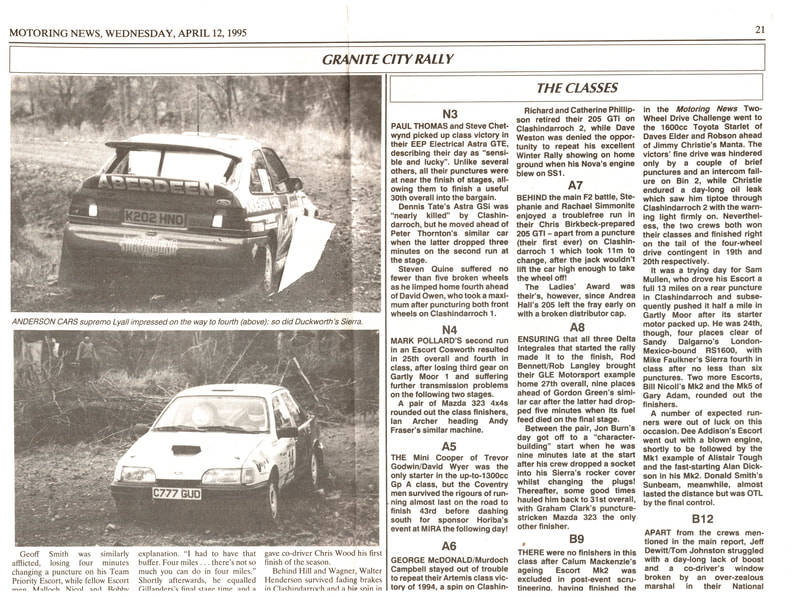 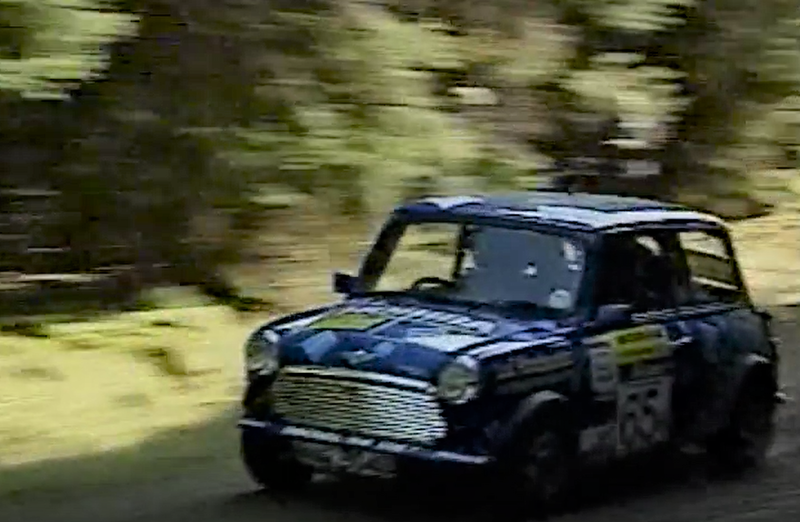 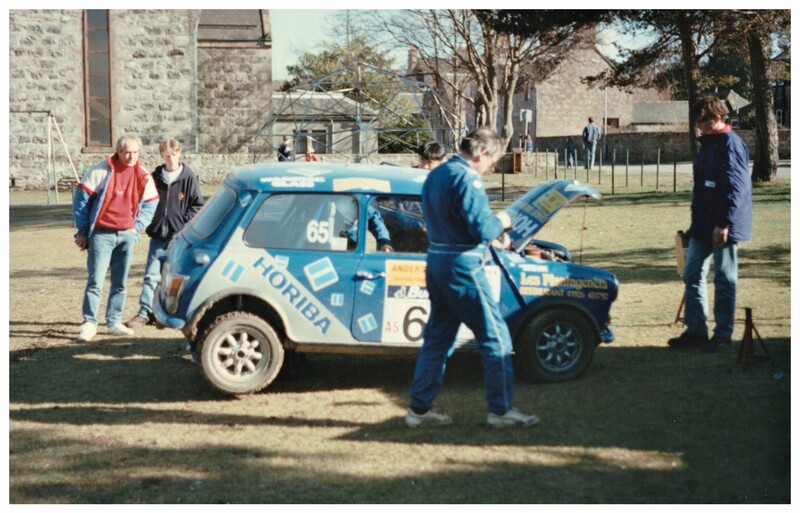 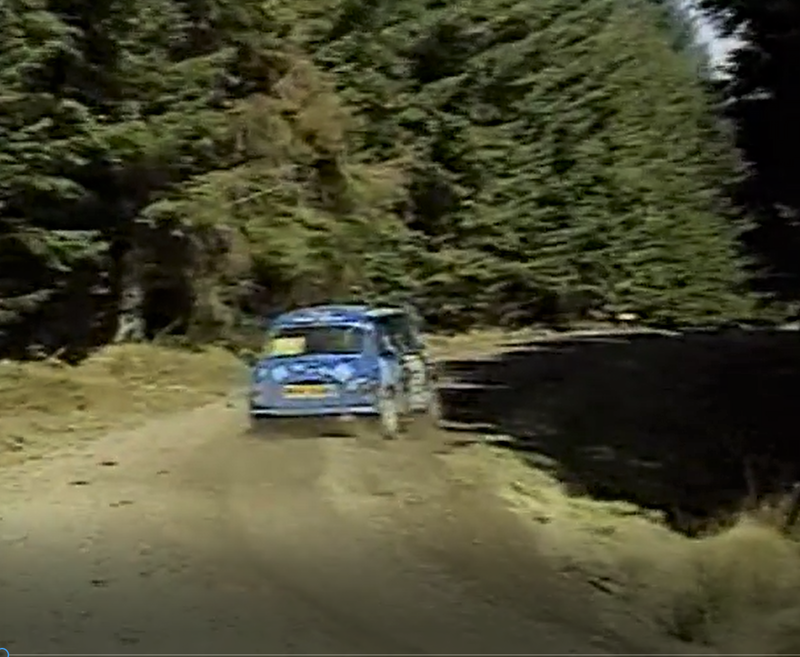