The Woodpecker, Car 201 and came 97th overall and 1st in class
Trevor was navigated by Rick Spurgeon on this event

The 9th round of the 1999 BTRDA Rally Series: A National 'B' event organised by Sixty and Worcestershire Motor Club comprising 53 stage miles (9 Special Stages) and 106 miles of linking public roads in mid Wales on the 4th and 5th of September 1999.

The Woodpecker Stages Rally was  based in Ludlow. There would be over 180 competitors, as it featured in a number of championships and comprised 9 stages, which were nearly all dry dusty gravel forest stages. There would also be a number of Minis! - Trevor and Rick ran as Car 201 and came 97th overall and 1st in class - an excellent result. 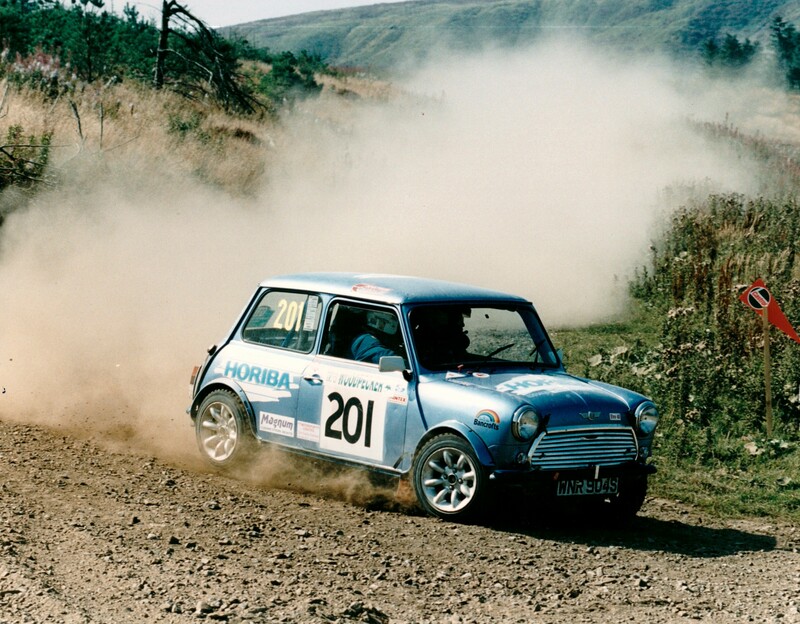 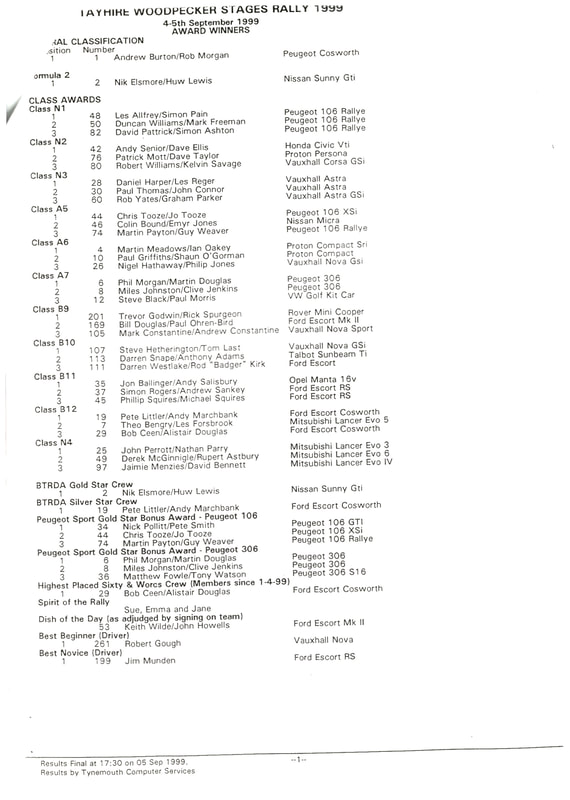