This year it would be a WRC event but only for the under 2 litre front wheel drive cars. This very icy event would see over 40 competitors, many of the top crews, go out of the event in Leg 1. Leg 2 comprised very snowy spectator stages with some spectacular offs and aerial barrel rolls in Chatsworth!  Leg 3 was in the punishing Welsh forests. Armin Schwarz would go on to win with the veteran Stig Blomqvist third (first in 2wd class).

Gwyndaf Evans by the end of day one commented “It’s a lottery out there. You have no idea how much grip you’re going to have, nor how long it will last. You can’t even think about planning an attack”.  Day two would see Gwyndaf go out at Chatsworth with a spectacular roll due to the sheet ice that made up a lot of the stage. The roll cage was so bent the co-driver could not get out due to his helmet being trapped in the cage, despite marshals tugging at him for all their worth. Robbie Head would fall foul of the same tree stump that triggered Gwyndaf’s roll and would replicate it in even more spectacular fashion!
​
Day 1
As for Trevor and Rick they arrived at SS1 Kershope after a long road section (158 miles) with a certain amount of trepidation - the off road section to the stage was packed ice and Trevor took the opportunity to check stopping capabilities as the time control was approached, which only confirmed their worst fears. A delayed start was inevitable and the marshals' advised major problems at junction 5, a right-hand hairpin with an uphill exit which had caused many preceding crews’ problems. The queue of cars waiting to start the stage was long and after each couple of cars were started the marshals went into a huddle to discuss the situation. As Trevor and Rick waited, three cars from their start time, the stage was cancelled and the remaining cars told to drive through. The conditions were appalling and rarely was it safe to exceed 40 mph, the stage was ice from start to finish.

Additional problems became apparent en route from stage 1 to stage 2 (Riccarton). Firstly, the link section was sufficiently icy to need Rick to push the car up a tricky slope, and then the subsequent service was cancelled due to an accident on the approach road. After a brief service the Mini took on stages 2, 3, 4 and 5, which despite being trying due to the conditions passed successfully. SS6 Pundershaw was the longest stage of the 1996 RAC Rally at close on 36 miles. The HORIBA Coventry Automotive Mini made a respectable time on Pundershaw, but not without difficulty - on two occasions Rick had to push the car due to the icy conditions but under the circumstances a 1hr 13mins time probably kept the crew in the Rally. Hamsterley was cancelled by the time the Mini arrived and so it was straight on to Croft for the final two stages of the leg. At 1.30am the crew arrived at Leeds, not knowing whether they were excluded for being over the time limit. A couple greeted the team, "We've been waiting since 10.30pm to see a Mini, our first car was a Mini you know.", what can you say? The permissible lateness was extended and so the Mini was ‘still in’. Maybe leg 2 would be less demanding?

Day2
Leg 2 was the normal RAC Sunday spent on the "spectator" stages such as Clumber, Chatsworth and Donnington circuit super-special but the road timing was extremely tight, to such an extent that any error or mishap meant time penalties. Leeds (Temple Newsham) passed without incident, as did Chatsworth.

The road link from Chatsworth saw the crew again struggling on the icy road section to service, accumulating further time penalties. The treacherous ice of Chatsworth for this RAC has become well known, imagine the contrast at Clumber where there was hardly any snow, let alone ice. A false sense of confidence was soon shattered on the road section as it started to snow. By the time the crew reached the MI en route to Donnington the traffic was solid and travelling at about 40 mph. There was nothing that could be done and the 10 minutes overdue arrival seemed to spell trouble, but fortunately, since so many competitors were similarly affected, the organisers decided to ignore these road section time penalties.

Further stages at Trentham, Tatton and British Aerospace passed uneventfully before arrival at Chester where the cancellation of SS18 Dyfnant at the start of Leg 3 was advised. Since this was planned to be the Quinton Motor Club's stage, their club, it was a little disappointing for Trevor and Rick not to have an early morning rendezvous with some familiar faces. On the official noticeboard at Chester all the leg 2 finishers were listed but an alarming number of crews had an asterisk entered beside the results. The asterisk seemed to afflict several teams in front of Trevor and Rick and everyone below, but not the Mini - the meaning of the asterix was that all these teams were OTL (Over the Time Limit) and that they were being reviewed as to possible exclusion.

From a position where there were approximately 15 teams below the Mini in the classification, the start of Leg 3 saw the exclusion of 19 cars and the demotion of the HORIBA - Coventry Automotive team to a position two or three places ahead of the last car running. The startling fact about this 'exclusion en masse" is that the time penalties resulting in this action were all accrued on Leg 1. So under normal circumstances the crews involved would have been excluded at the end of Leg I or the start of Leg 2 - there were some pretty angry people at Parc Ferme on that Monday morning.

Day3
Despite the cancellation of Dyfnant, Trevor and Rick still had a 03:52 start time and then spent close on two hours waiting outside the Dylife Time Control prior to service and SS19 Hafren. Wales offered a good day's rallying with an absence of the snow and ice that had been anticipated. Hafren was really wet and at 24.37 miles the longest stage of the day. The crew started to post some quick times but never quite good enough to move significantly up the classification. Fate took a hand in the form of two punctures - one on Hafren the other Gartheiniog. The stages in Wales flowed, the conditions much improved and the team started to enjoy themselves. Even so, by the time Service in Dolgelllau was reached the car was running last on the road and a repartee with the crew of the course closing car established. The two Penmachno stages were tackled next and following service at Brenig, two further stages in Cloecaenog saw a return to snow and ice. These final two stages appeared to have been cleared to an extent by a snowplough and snow banks lined the tracks but as these stages were snow, and not ice, good times were recorded. "The longer today has gone on the more I've enjoyed it!" declared Trevor.
​
At this point the remainder of the Rally entailed the run back to Chester via a final service halt. On the way the crew were (inadvertently) baulked by some departing rally vehicles for a distance of about three miles. Again, a single-track road with banked snow created the problem. Arrival at the final service was 3 minutes late so time did not permit the car to be cleaned. At the finish the mud of the final four stages was still evident but the welcome for the last remaining Mini (indeed the only Rover vehicle to complete the 1996 RAC Rally) was amazing. As Trevor and Rick strolled to the Parc Femme exit they noticed rank upon rank of pristine, clean cars and a sole Mini bearing the scars of battle. It was time to celebrate the 80th overall and 5th in Class finish, certainly a fitting climax to a year's Rallysport! 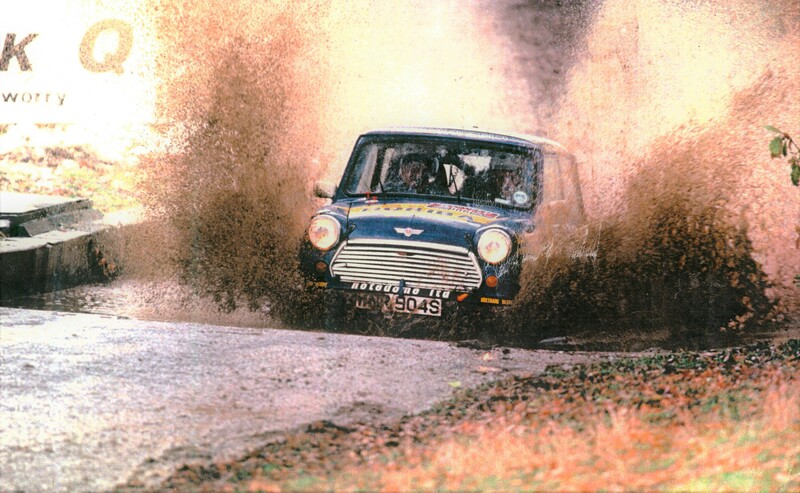 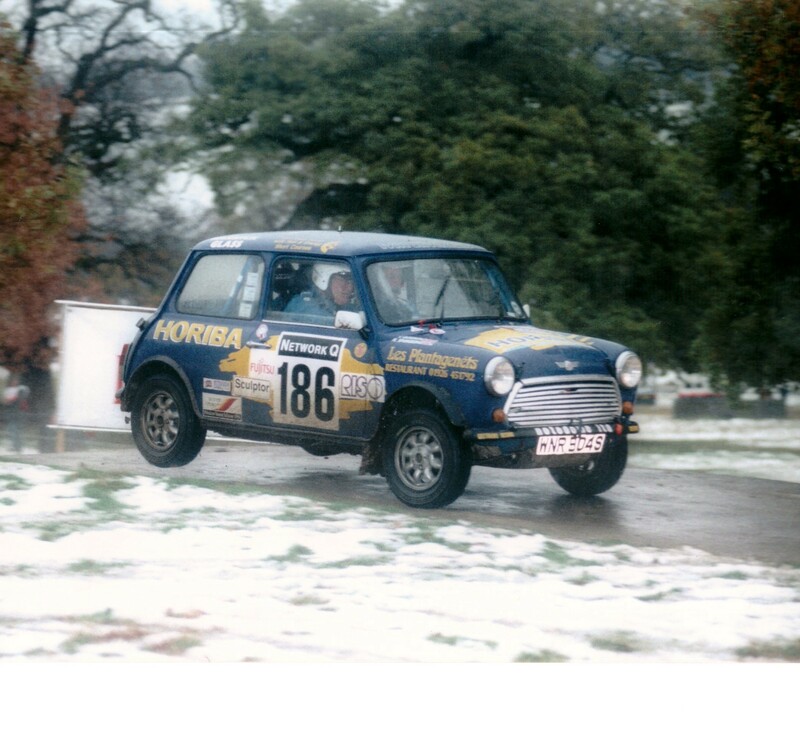 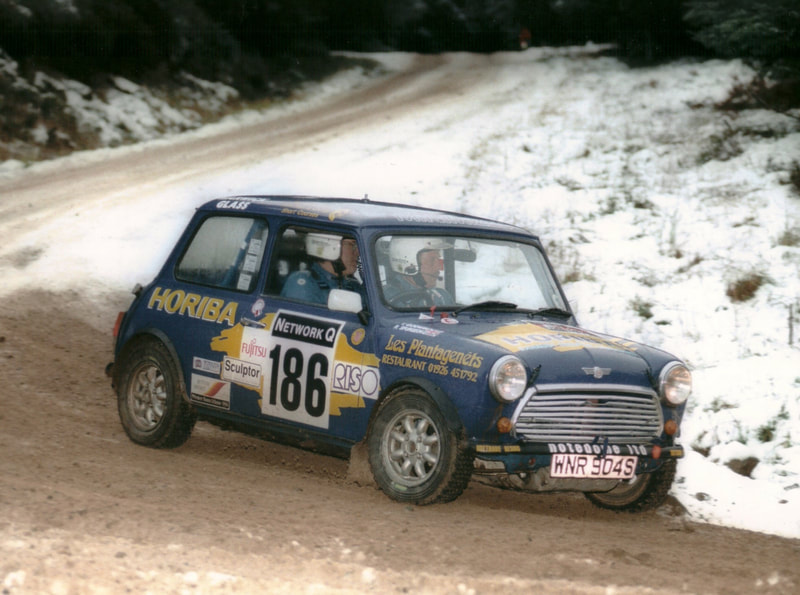 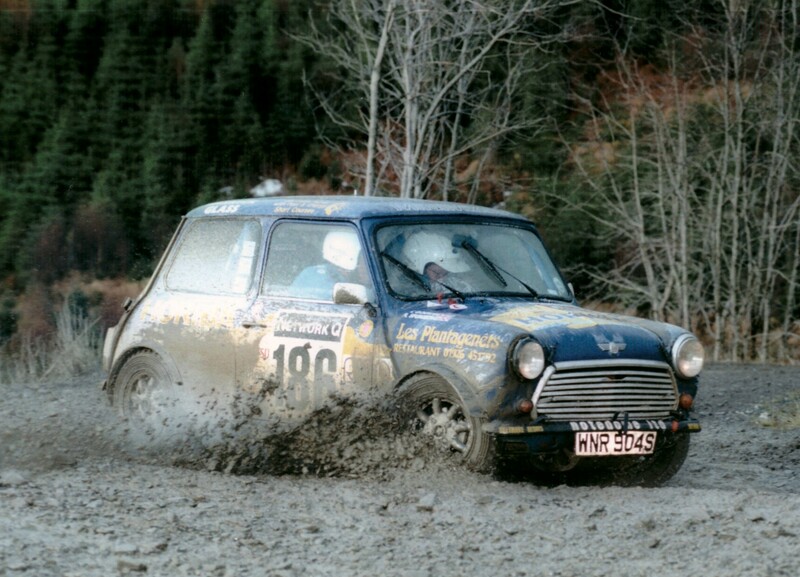 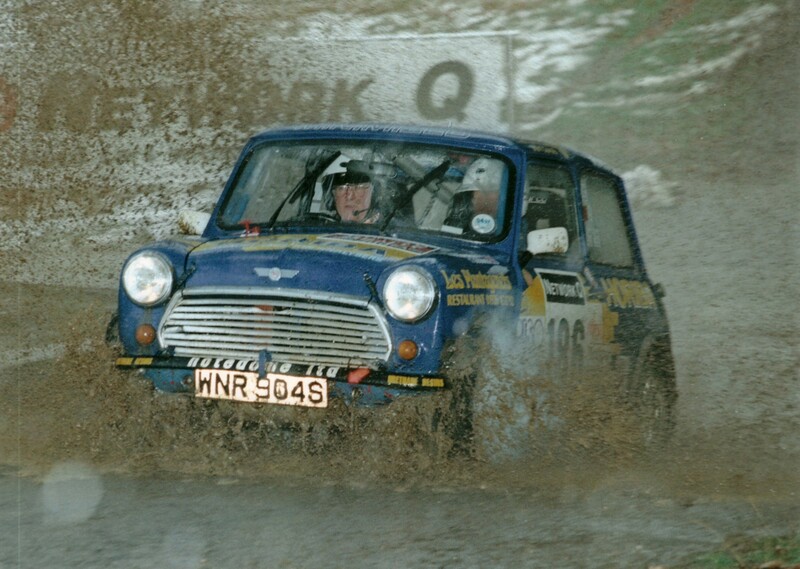 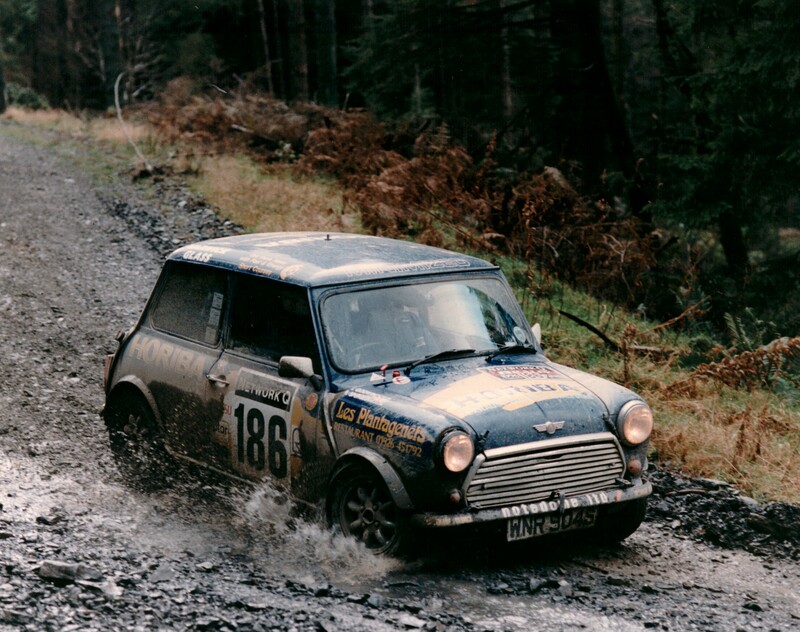 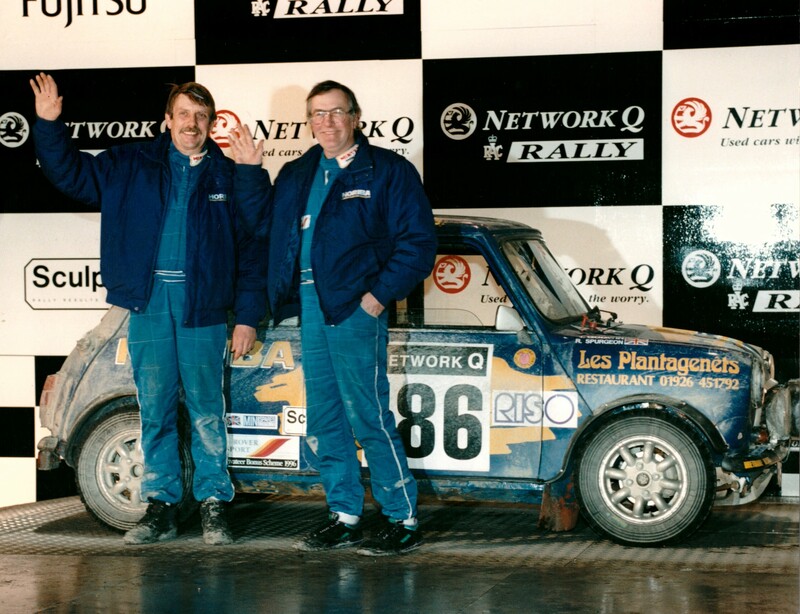 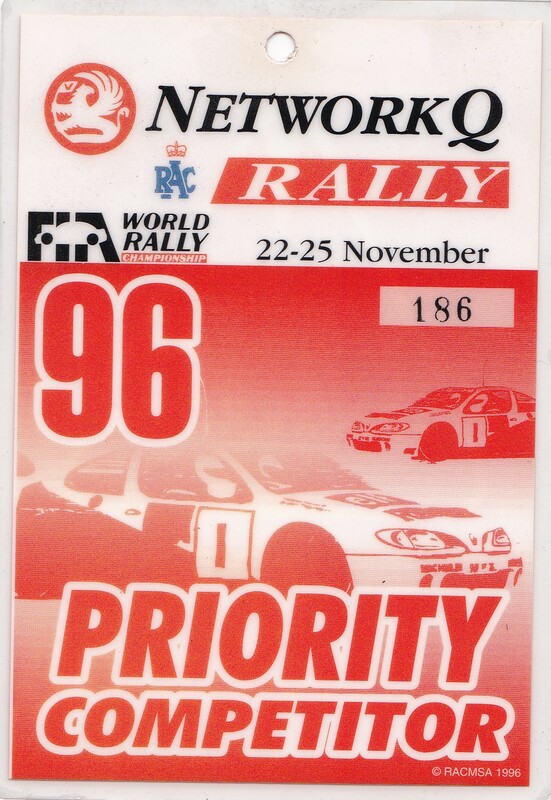 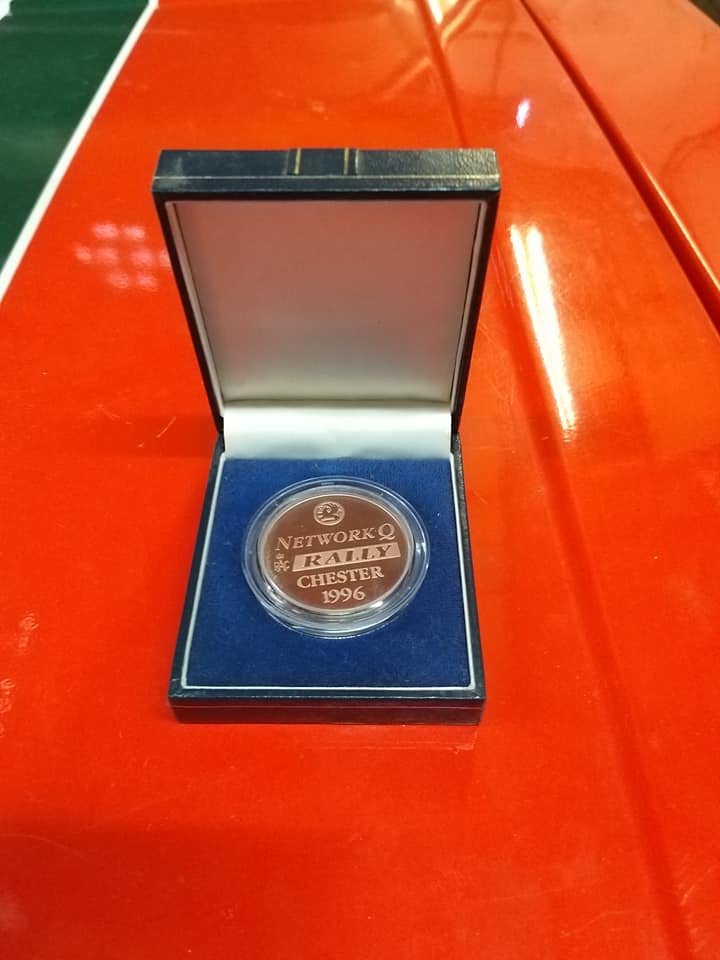 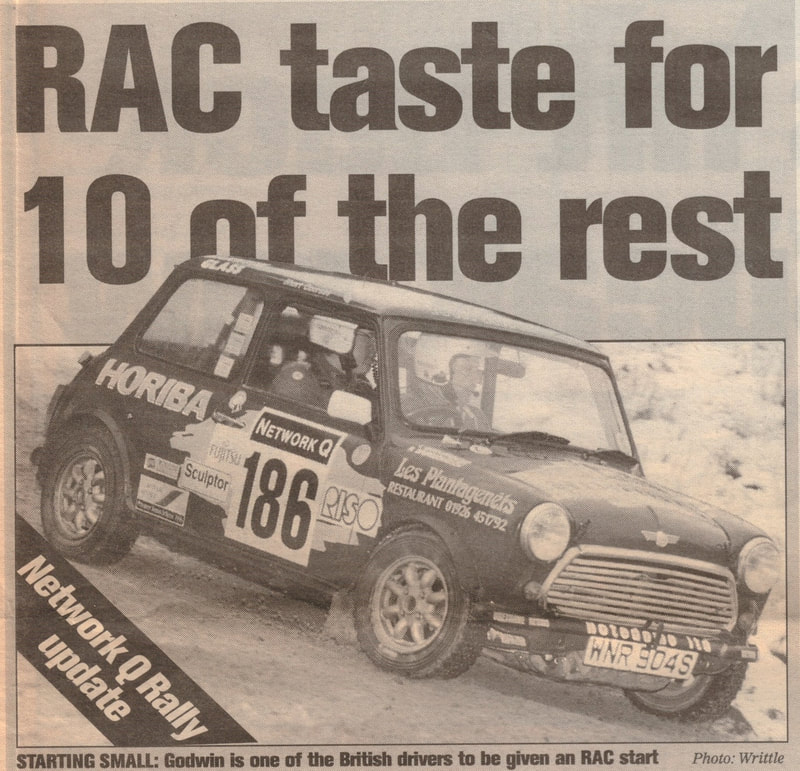 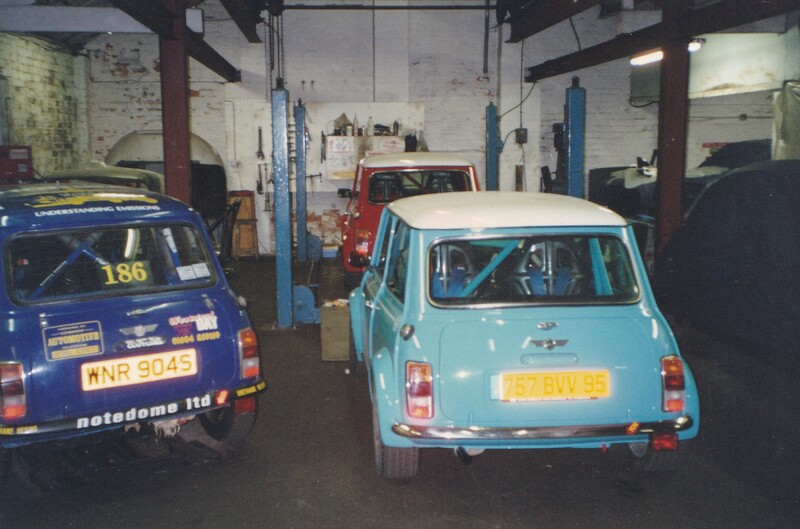 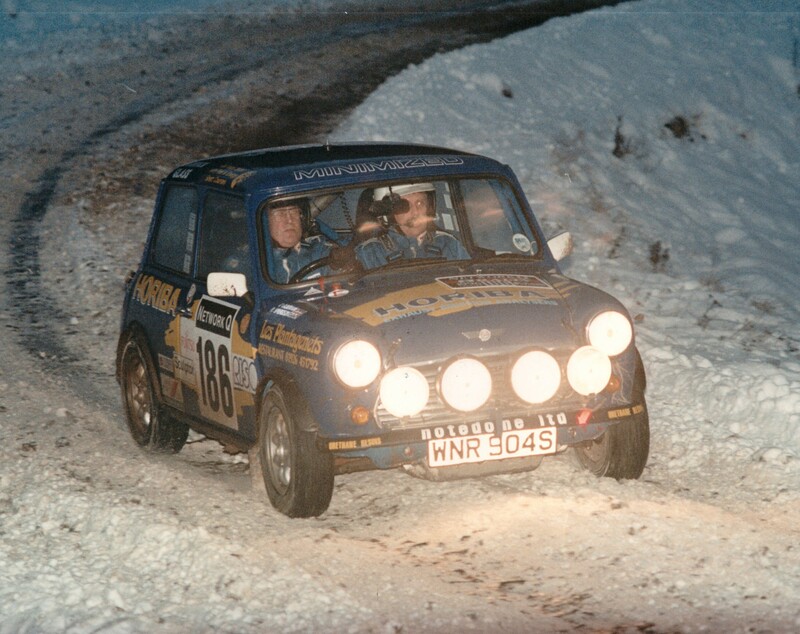 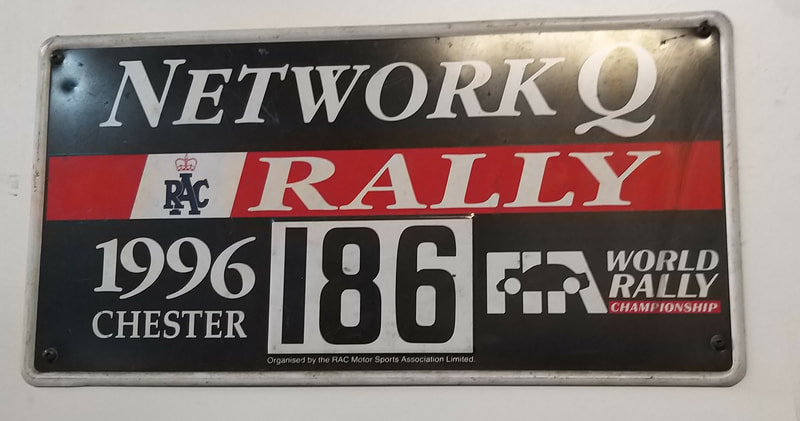 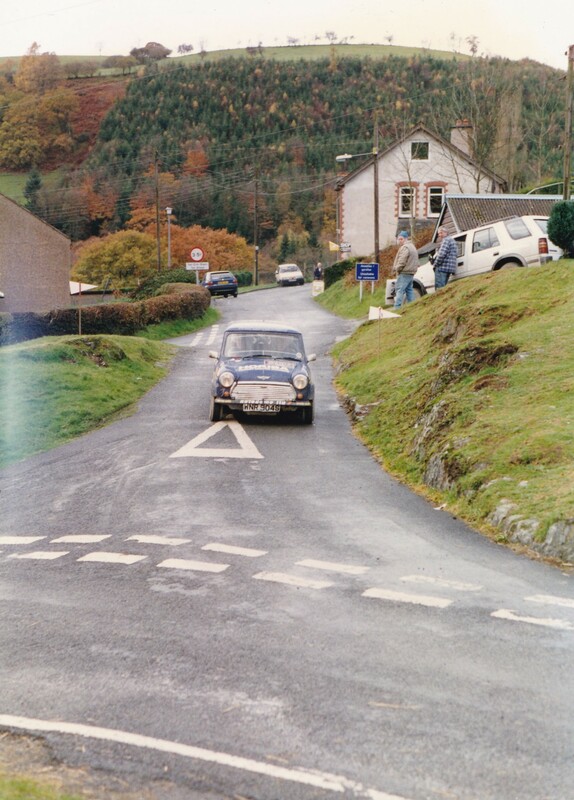 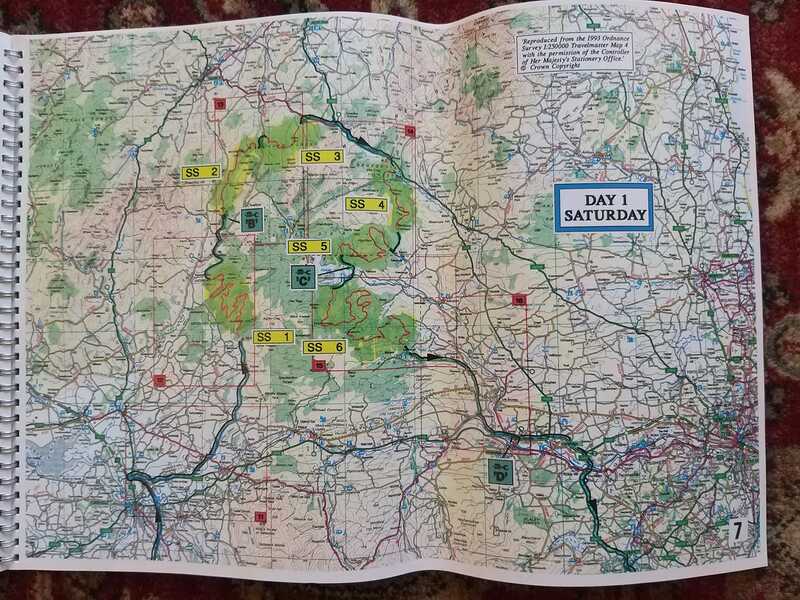 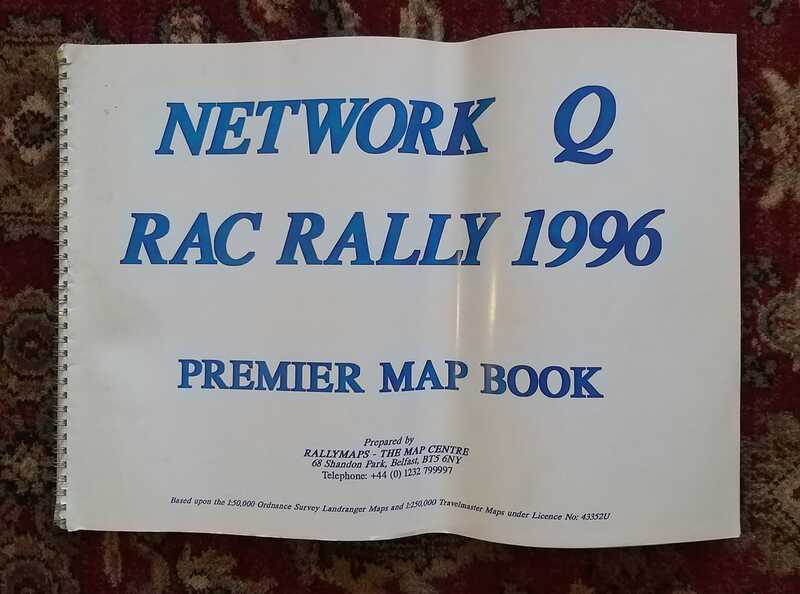 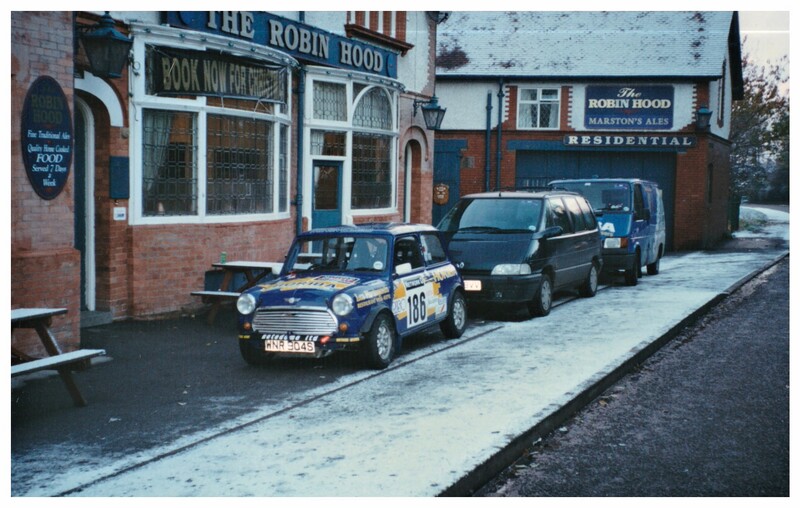 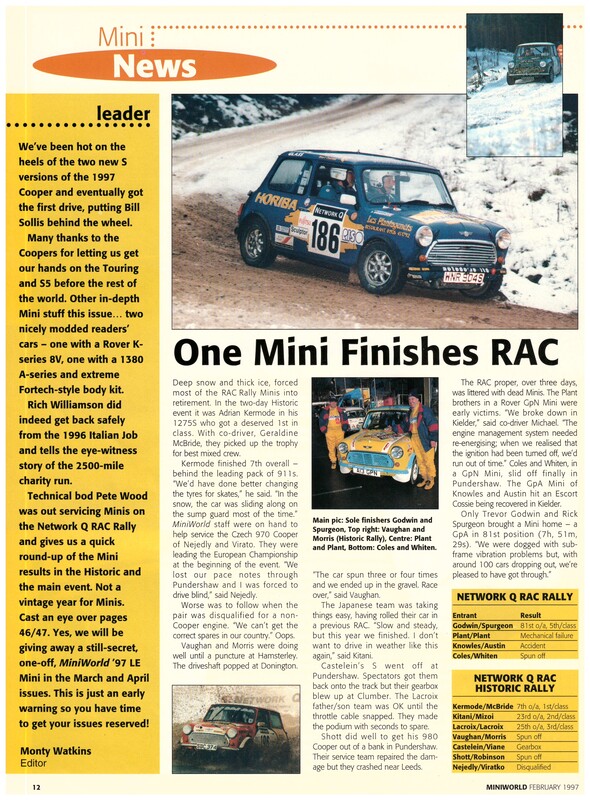