Manx National Rally - Car 65, 64th and 1st in class (116 starters)
Trevor was navigated by David Wyer on this event
​
A downpour of rain just before the start from the TT Grandstand in Douglas made the first few stages challenging. An all tarmac rally, comprising 14 stages, which required very precise driving, as the stone walls and high banks were very unforgiving. It comprised a twice repeated route of seven stages around the north and south of the island with service behind the TT Grandstand. Some of the stages had superb names, such as Montpelier, The Lion, Brack A Broom and Baroose. Trevor, navigated by David Wyer, put in a sterling performance to achieve a very good result in light of persistent brake problems and a broken damper securing bolt early on, such that they had to complete the first half of the event with no shock absorber! 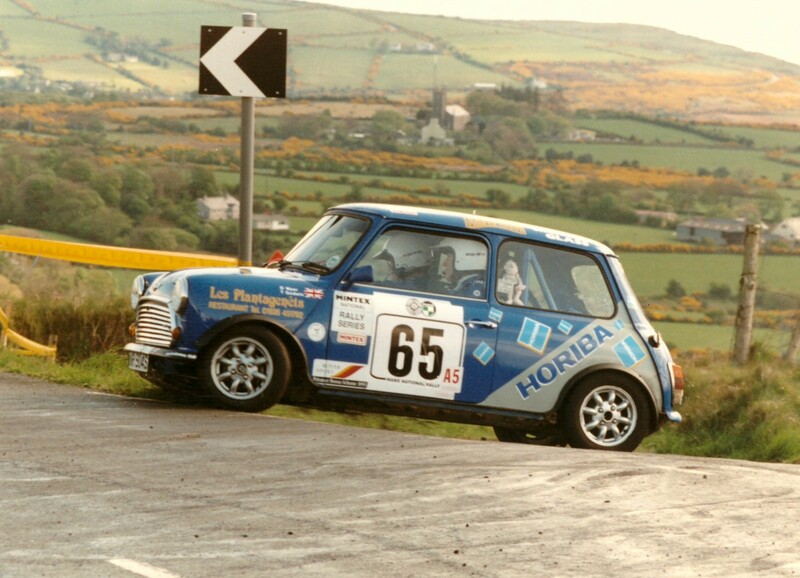 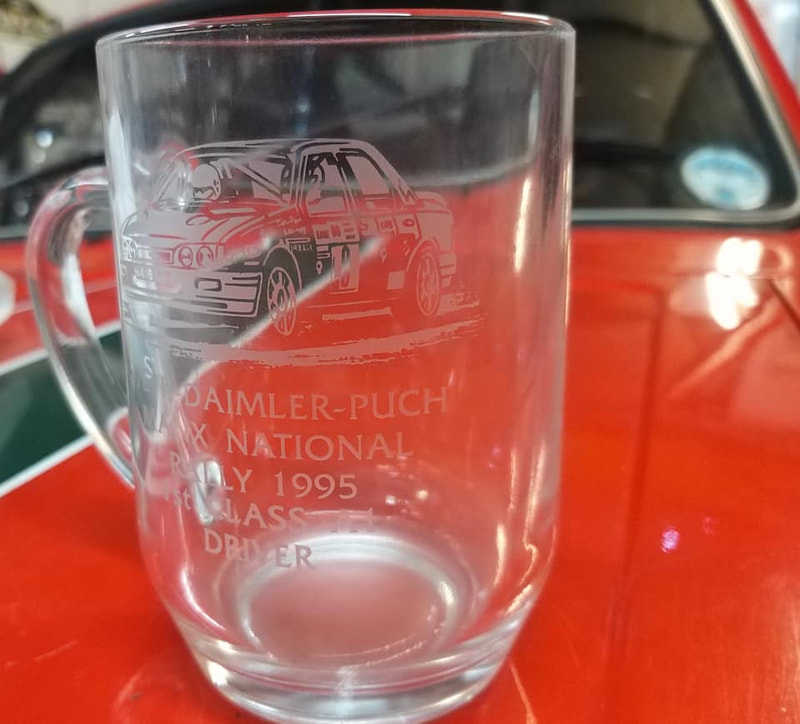 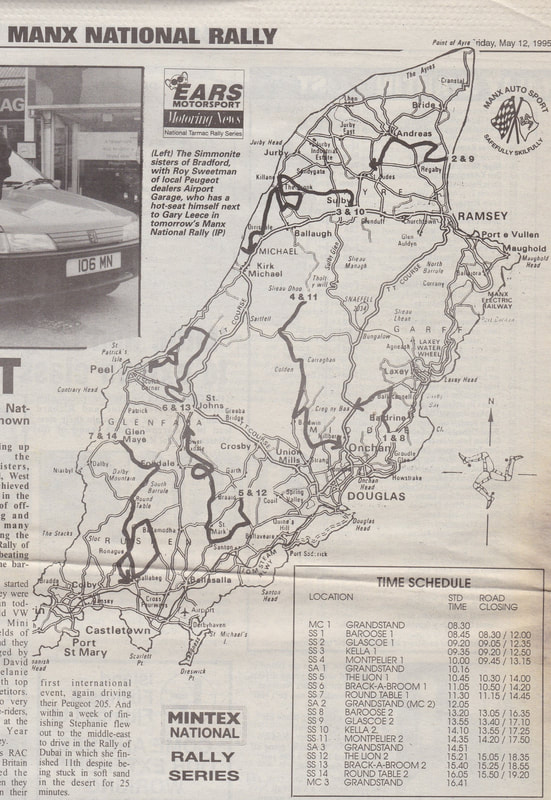 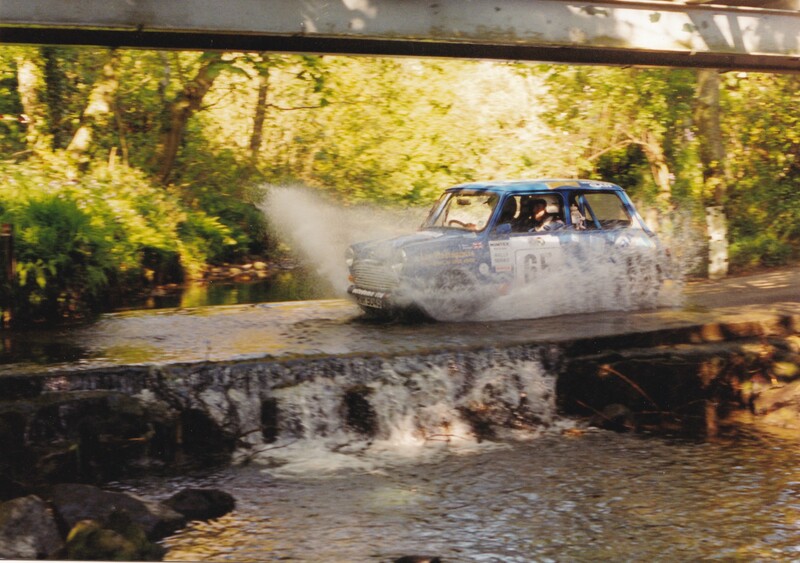