The 9th event of this year’s WRC with Richard Burns leading the WRC but not for long as Marcus Gronholm would win this event relegating Burns to second in the WRC standings (following Burn's DNF due to accident on SS12). Colin McRae would be second on this event.

23 stages over three legs (Over 400 km of stages) based as usual at Jyväskylä.
The event, well known to Trevor and Ian is rough, dusty and fast, as Colin McRae said "You need to take bravery pills each morning!".

​Marcus Gronholm and Richard Burns eclipsed the opposition right from the start on day 1. At the other end of the seeded entry list Ian Harrop was co-driving Trevor on this, one of their favourite events, as WNR 904S had finished well on two prior Finnish rallies in '95 and '96. SS1 (Kuohu) would see Trevor and Ian getting into their stride. Juha Kankkunan would puncture both on this stage and SS3 losing time. SS2 (Parkkola) would see an end to Carlos Sainz’s aspirations as a misfire required him to stop and change the ECU causing him to lose a lot of time. It also marked the end of the event for Trevor and Ian. Late on in this stage, which they had driven on previous Finnish rallies, the event ended prematurely when the front suspension broke after hitting a large pot hole. They ended heading towards a massive tree, fortunately, rather than a fatal crash they hit it a glancing blow which sent them across the track into a boulder, it was a big impact and Ian's feet were only saved by the robust roll cage. In the crash the right rear fuel cap had flown off and the rear of the car was soaked in fuel (hence the rag stuffed in the filler) - so very lucky that WNR 904S had not gone up in flames.

Others would also have bigger 'offs'. Petter Solberg in SS8 (Lankamaa) was caught out by a corner and vaulted his Focus so far into the woods three trees would have to be felled to retrieve the car. Richard Burns on day 2 in SS12, the opening stage, would slide wide at the flying finish and roll out of the event at 120mph. Carlos Sainz would also roll his Focus but managed to stay in the event eventually finishing fourteenth.

After repatriation a slow rebuild took place while using the other Mini WNR 30S for national and international events. 904S would not return to competition until 2003 sporting a silver and maroon colour scheme. 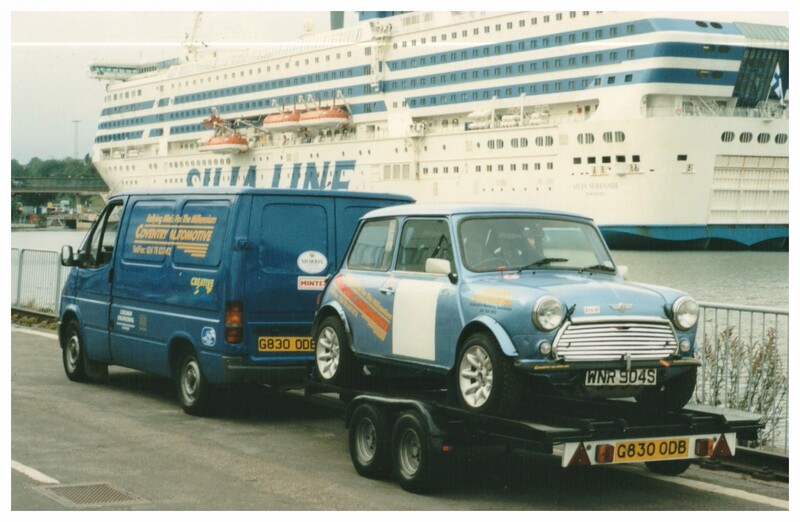 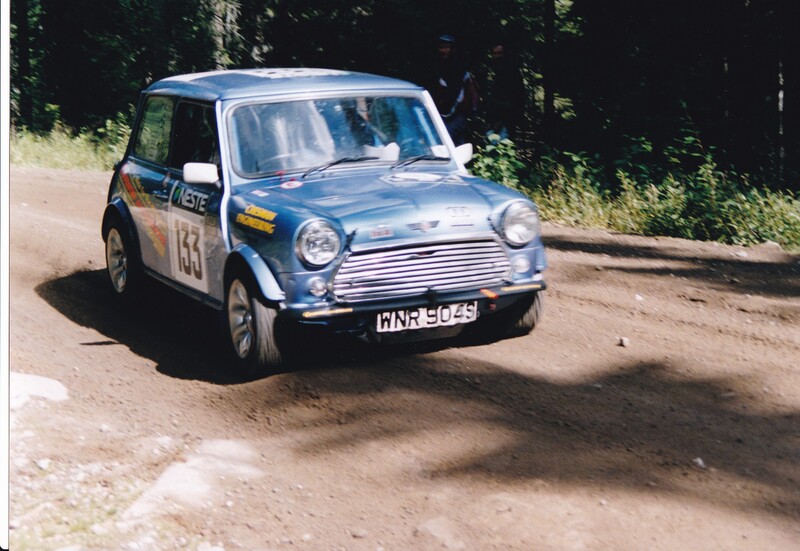 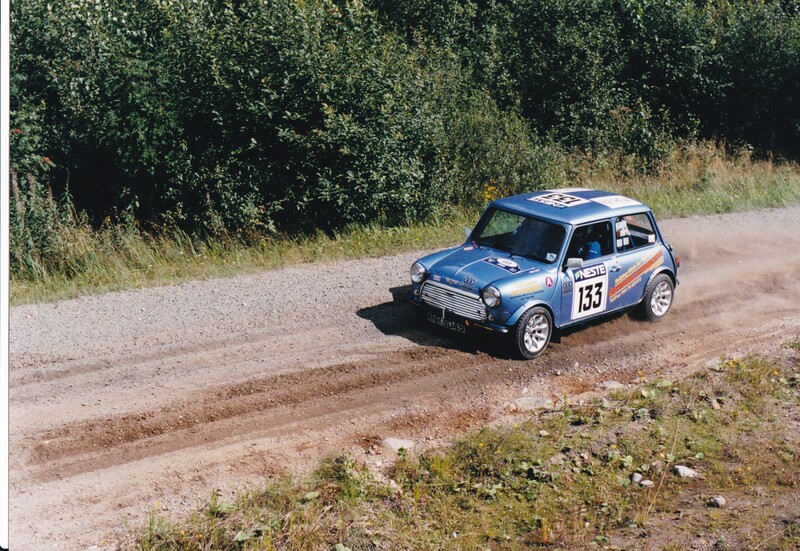 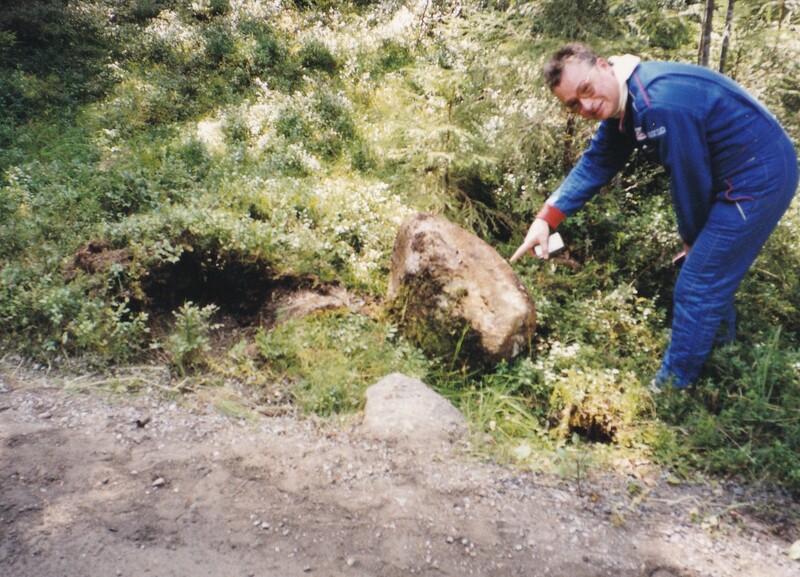 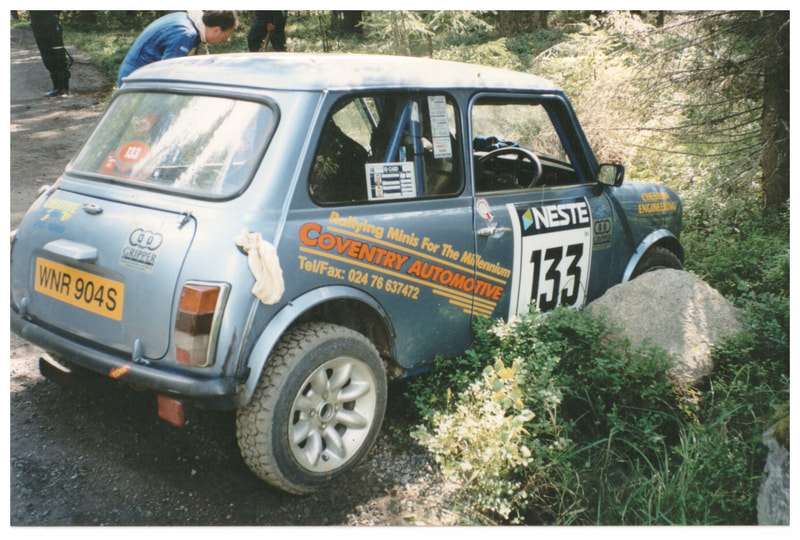 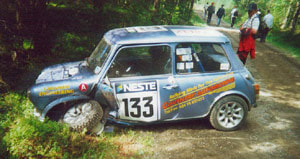 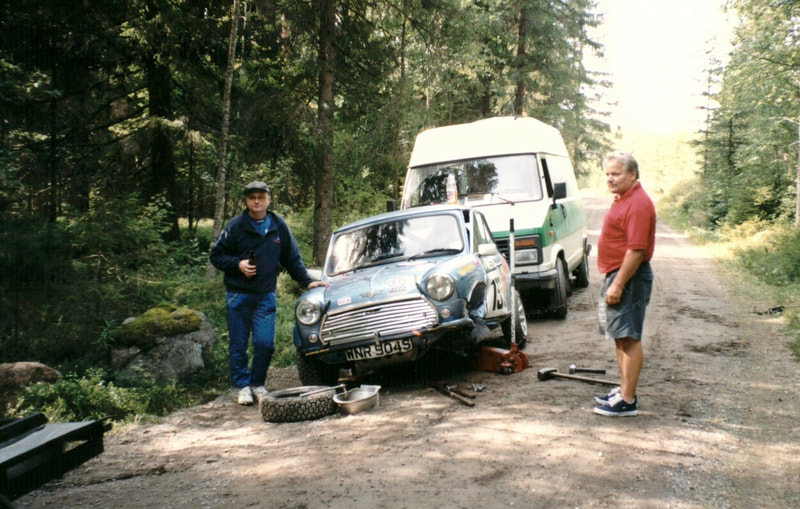 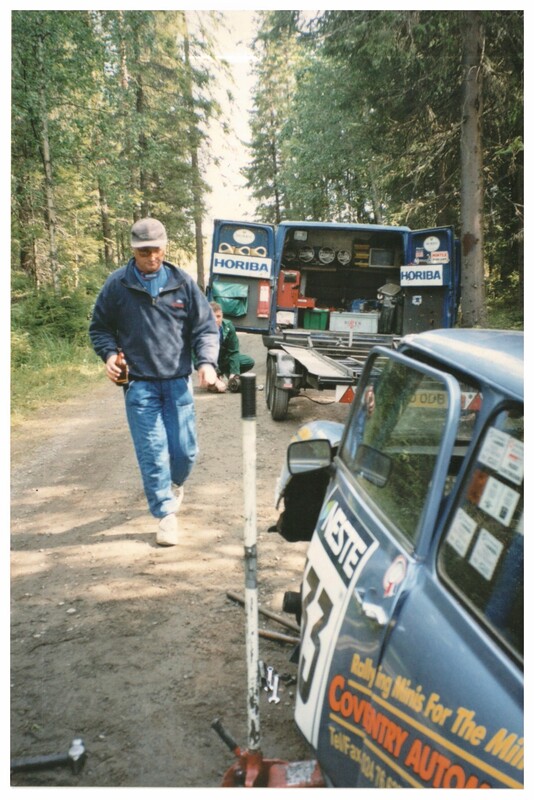 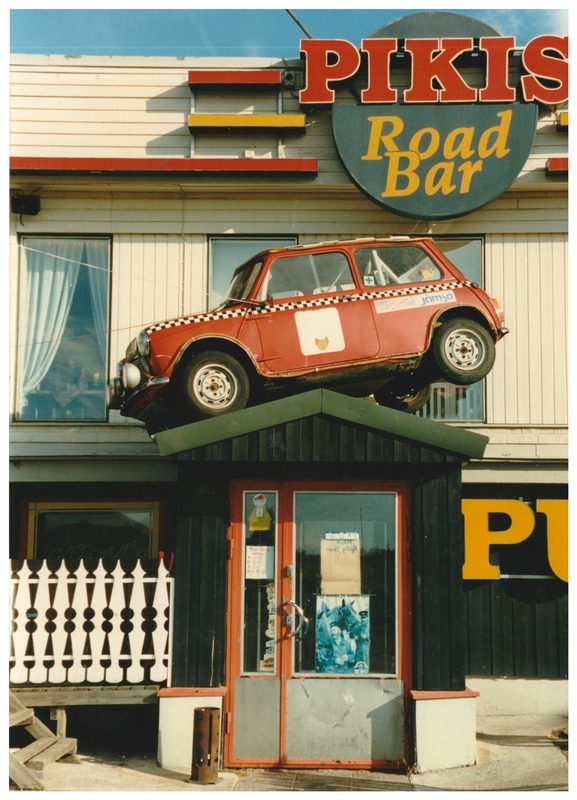 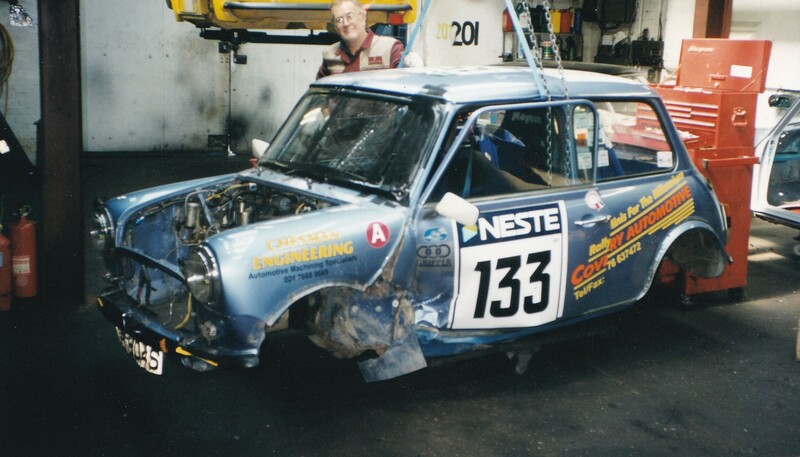 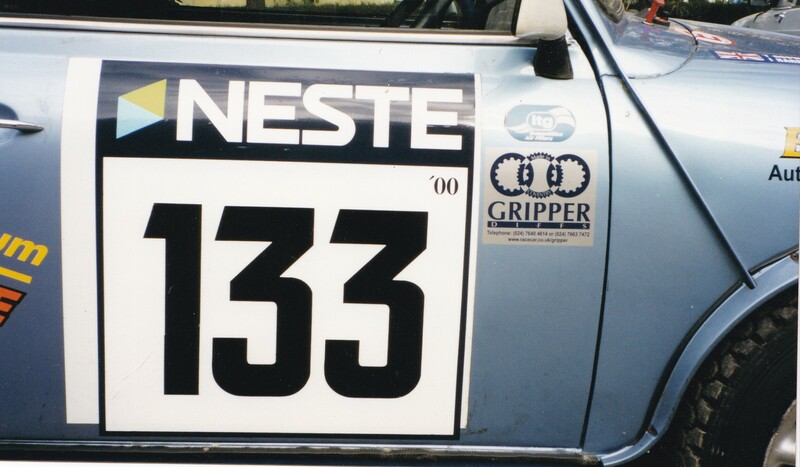 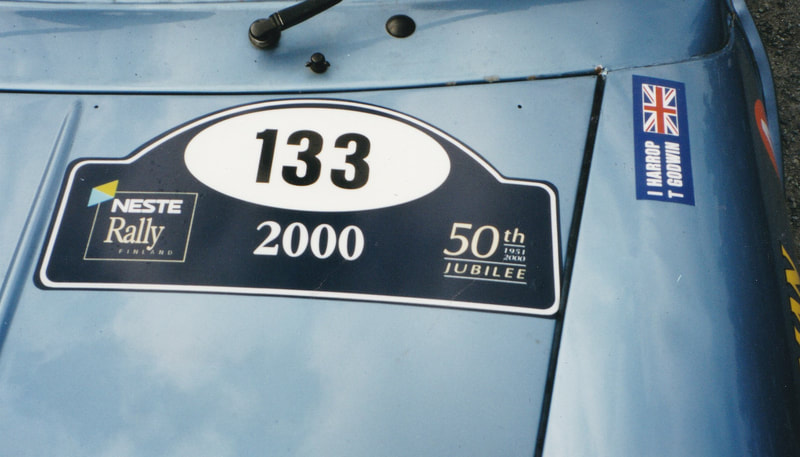 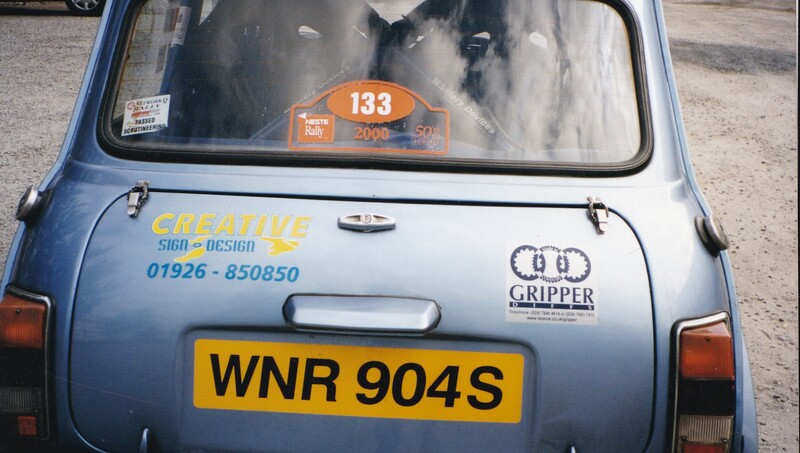