​Always a fast and rough gravel event with a high attrition rate comprising 24 stages over 3 legs with a total stage distance of 384km. Tommi Makinen would win, a record fifth consecutive win, with Carlos Sainz second and Juha Kankkunen third. Richard Burns, on his first Rally of Finland, would be a creditable fifth.

​After the months of preparation, the Group N Mini was ready, the planning completed and Trevor and Rick en-route for Finland along will trusty service crew member Phil Leeson. With a careful eye on expense it was decided to travel overland via Belgium, Holland, Germany, Denmark and Sweden before the eventual arrival in Finland.

Upon completing the preliminaries, scrutineering and documentation Trevor and Rick were ready to go from the start in Jyväskylä. The weather was poor with torrential rain in the preceding days, so the stages on leg one were wet, muddy, slippy and complicated by standing water. The stages ran to the North of Jyväskylä and it rained heavily both on that and the subsequent stages of the day. In these tricky conditions Makinen would spin and Colin McRae on SS4 would aquaplane and slide wide on a corner with a heavy impact into trees resulting in severe damage to a rear wheel. Although McRae limped to the end of the stage, this marked the end of his rally.

Leg 1 - On the first stage, despite the weather, a puncture proved to be the only significant problem and the wheel was changed on the stage. The original wheel was damaged beyond repair but is now on display in the Jasma Hotelli Rally Bar alongside several of Juha Kankkunen's trophies!

Having got the feel of the event Trevor and Rick started to make steady progress through the following stages but disaster struck on the third stage when 'an off' in the muddy conditions resulted in a severely bent steering rack. The following service (10 minutes) offered no opportunity to remedy the fault and so it was decided to delay any repair until the final service of the leg with a 50 mile road section and a special stage yet to complete. To say that the prospects were not good puts the situation mildly and frantic plans were hatched by the crew and the service team as the approach to the final stage of the leg was made. Tasks were allocated and once in the service area everyone worked fast to replace the steering rack. If you've ever had to carry out this job you will appreciate the difficulties involved. The Rover 'book time' is 3 hours, in this case, however, the replacement took 51 minutes! This was six minutes over their allotted service time and resulted in a 1 minute road time penalty, but the team were still in the event. Trevor would quietly admit later that he really thought the rally was over after stage 3, but the sterling efforts of the service crew are certainly to be applauded - Phil, Tony, Kari and Caz - Take a bow you deserve it!

​30 crews would retire in the terrible conditions on Leg 1.

​Leg 2 was the longest of the Rally and turned out to be similar to the first. The character of the stages was the same, wet, muddy and lots of rain and the crew were able to master the conditions having survived day 1. A good day's rallying was enjoyed and the only mishap was a puncture on a road section. Gronholm was not so lucky, sliding off in the muddy conditions and losing a lot of time. Despite never running last on the road the Mini proved to be under-powered in comparison with the other entrants.

Leg 3 was more of the same, except the rain had stopped but the mud remained. It included a head-to-head super special at Himos. Having become something of a celebrity Trevor was hyped up by the commentator before the gathered 10,000 crowd. The crew had to feel sorry for the Finnish driver partnered against the Mini in a Skoda - there was no way he would win and Trevor won the stage by 20 seconds. A further stage followed and then it was back to Jyväskylä and the finish. Once again a successful trip and excellent support from the Flying Finns Motor Club. 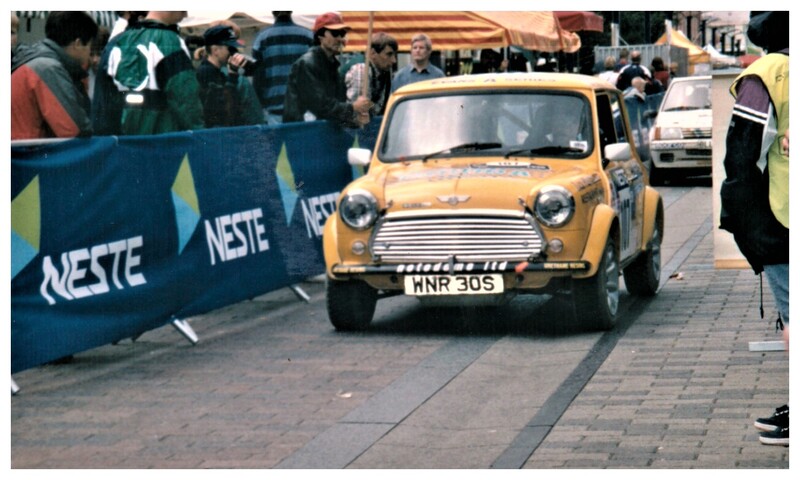 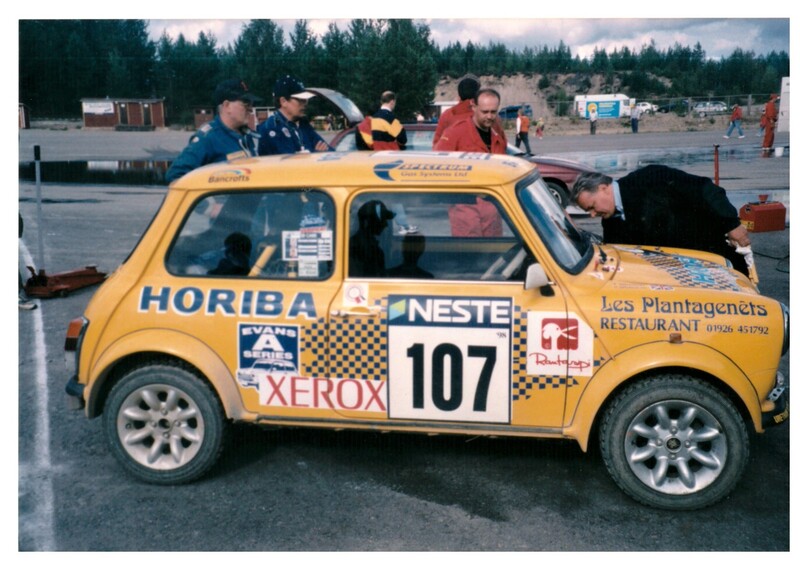 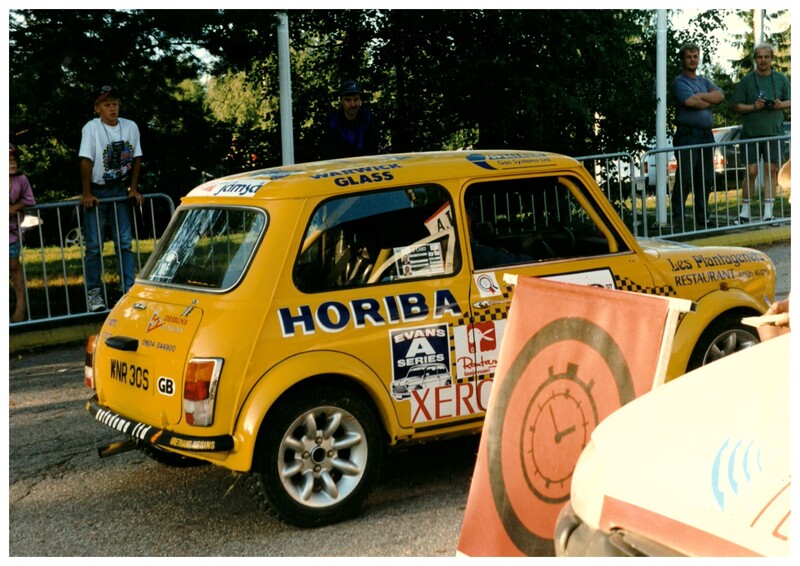